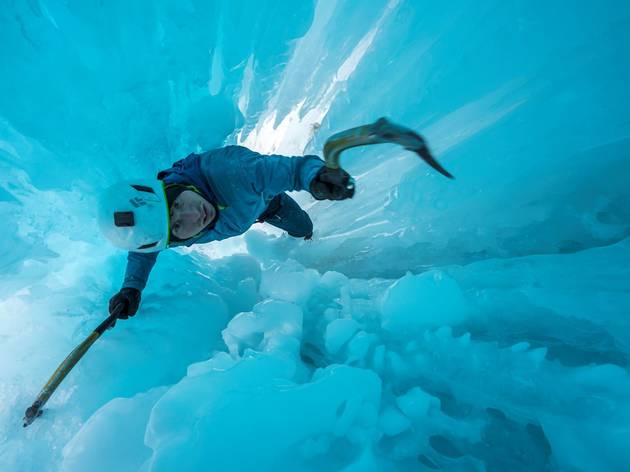 This year’s Free Solo, this mountaineering doc is an exultant, heart-in-mouth odyssey to the roof of the world

If you discovered sport climbing at the Tokyo Olympics but don’t fancy actually doing any, this soaring, heart-in-mouth doc arrives at the perfect time. It also has men and women moving at improbable speeds up vertical faces – albeit thousands of metres higher and with considerably higher stakes. One slip and it’s game over, man.

The alpinist of the title is Marc-André Leclerc, a 23-year-old Canadian whose impish energy calls to mind Twin Towers trapeze artist Philippe Petit, the star of Man on Wire. He’s a mix of zen calm and irrepressible enthusiasm and co-directors Peter Mortimer and Nick Rosen often struggle to keep up with him, despite their best laid plans and sophisticated camera set-ups.

Some of the joy of The Alpinist is watching them scratch their heads as this will-o’-the-wisp goes off the grid again – a free spirit resistant to any attempt to contain him or even, at times, just have anyone tag along. His mum and his devoted girlfriend and fellow soloist, Brette Harrington, are there to explain what makes him tick when he’s off in the wilds.

But fun as it is to ride shotgun as the small filmmaking team scours social media for sightings of Leclerc on summits around the world, it robs them of a centrepiece ascent to build up to and leaves the final act more narratively diffuse than they’d no doubt have been hoping.

Yet as a piece of watch-through-your-fingers outdoors filmmaking, The Alpinist stands right up alongside the Oscar-winning Free Solo. Its queasy GoPro footage and helicopter shots, captured by a number of climbing cinematographers, plonk you right up next to Leclerc on vertical rock faces and ice formations that look like frosty chandeliers and seem about as sturdy. Whether you actually want to be there will depend on your head for some frankly ridiculous heights.

The hero of Free Solo, the equally driven soloist Alex Honnold, is one of the climbers who shares slack-jawed testimony to Leclerc’s feats. Reinhold Messner, a grizzled godfather in the field, is another. And when they start fretting about the young Canuck’s safety as he tackles ever-more-daring ascents, it ramps up the tension more effectively than any edgy strings or jolting cuts could hope to do. Pack some motion sickness tablets and experience it on the biggest possible screen.

Director:
Peter Mortimer, Nick Rosen
You may also like
Popular movies
We know this city. Do you?