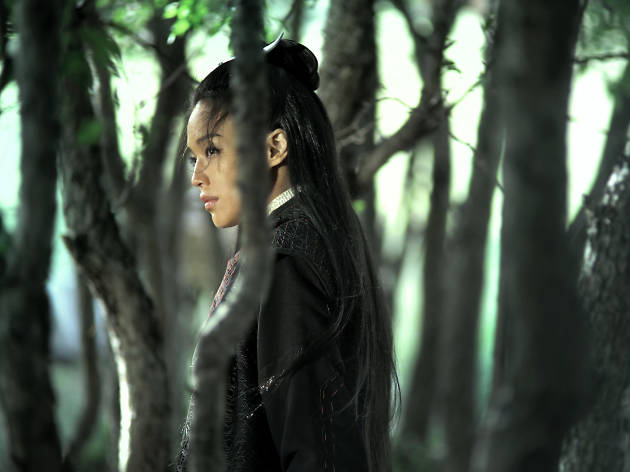 Hou Hsiao-hsien's 'The Assassin' sees the veteran Taiwanese filmmaker, known for his quiet realist dramas, tackle the wuxia historical martial arts genre with a story set in ninth-century China. But the genre comes loyally to Hou rather than the other way round. 'The Assassin' offers little to compare it to the likes of 'Crouching Tiger, Hidden Dragon' or 'House of Flying Daggers': the film's few action scenes are spare, unusual and precise, sometimes shot at a distance, sometimes up close, always surprising, and never showing even a glimpse of blood.

Shot in long, carefully choreographed and exquisitely framed takes, there's an air of mystery to 'The Assassin' from beginning to end – and it's not without its ample headscratching moments as Hou allows his story to unfold gently and unobtrusively. The film begins with a black-and-white prologue presented, like almost all of the film, in the almost-square Academy ratio, before breaking into stately, dark colour. We meet the film's title character, Nie Yinniang (Hou regular Shu Qi), a woman kidnapped and taken to the countryside as a child and trained by a nun as a killer of corrupt officials. Now, after fluffing a mission when compassion got the better of her, she must travel back to Weibo, the land where she was born, and kill a powerful man, Lord Tian Ji'an (Chang Chen), whom she was once supposed to marry.

If 'The Assassin' is sometimes agonisingly slow, it's also agonisingly well-crafted, and it's an agony that regularly tips into ecstasy as Hou allows us to be lost in the period, people and places he offers us. Atmosphere, colour and moments stick in the mind like paintings more than stories, and the film moves at a languid, careful pace, allowing us to get lost in the staggering detail of the film's costume, design, photography and direction. Moments stick in the mind: a conversation shot from behind a billowing net curtain; the dominating reds of the costumes; a landscape lost in the mist; a character self-combusting into a magical fog. 'The Assassin' is a beautiful, beguiling film; it's impossible not to get fully lost in its rarefied world.