The Bee Gees: How Can You Mend a Broken Heart 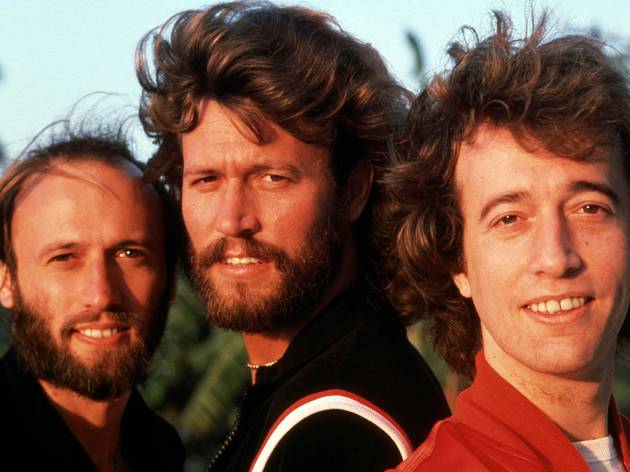 There’s a lazy formula when it comes to making rockumentaries. It involves concert footage, a few clips of that big-break album coming together and some earnest chat about the perils of drugs (don’t do ’em, kids). Then Mark Ronson pops up and talks about trumpets for a bit. The Bee Gees: How Can You Mend a Broken Heart absolutely ticks all those boxes. Yet its story beats are so irresistible, the arc of its trio of big-haired disco titans so snappy, the music so contagious, that it soars like a Barry Gibb falsetto above the clichés.

The game-changing discovery of those trademark high-pitched harmonies offers a central pivot for a story that takes the three brothers – Barry, Robin and Maurice – from Australia and into the Swinging ’60s of London where they found success with Beatles-like pop and a wholesome image. Then it’s on to Miami, and a studio recommended to them by Eric Clapton, where creative impasse is overcome when they discover that falsetto sound. Stardom is soon guaranteed by their Saturday Night Fever soundtrack. It’s all very VH1 Behind the Music but compelling with it, even for newbies. Footage of someone hitting ‘play’ for the first time on a nondescript Saturday Night Fever demo tape is borderline electrifying.

Director Frank Marshall, the one-time producer of the Back to the Future trilogy, keeps things strictly chronological. He’s none too interested in digging for skeletons, even through the cocaine blizzard of disco. Most of the drugs chat revolves around their younger sibling Andy, a pop heartthrob young who died tragically young.

Instead, he zeroes in on the band’s unlikely role as lightning rods in a disco backlash that came to a head with a mass vinyl burning at a Chicago baseball stadium in 1979. This literal disco inferno clearly haunted the band – archive interviews show Barry desperately trying to distance the Bee Gees from the ubiquitous sound – and the doc is excellent on this ugly moment in pop culture and its unmistakeably racist undercurrents.

From then on, the director’s brimming contacts book does the rest. There are interviews with one-time friendly rival Clapton, as well as Ronson, Justin Timberlake, Chris Martin and Noel Gallagher. All are determined to haul the band from wedding reception dancefloor fodder and into the pantheon of greats. ‘When you’ve got brothers, it’s like an instrument nobody can buy,’ says Gallagher, who knows a thing or two about musical brotherhood.

The key contributor, though, is Barry Gibb himself. The last surviving brother, he clearly has his own mortality on his mind. He reflects candidly and with modesty on his relationship with his brothers, the fickleness of success and the band’s legacy. Is it stardom he looked back on with fondness? Money? The songs? ‘I’d rather have my brothers back and no hits at all.’ It’s lump-in-the-throat stuff.

Director:
Frank Marshall
Screenwriter:
Mark Monroe
You may also like
Popular movies
We know this city. Do you?