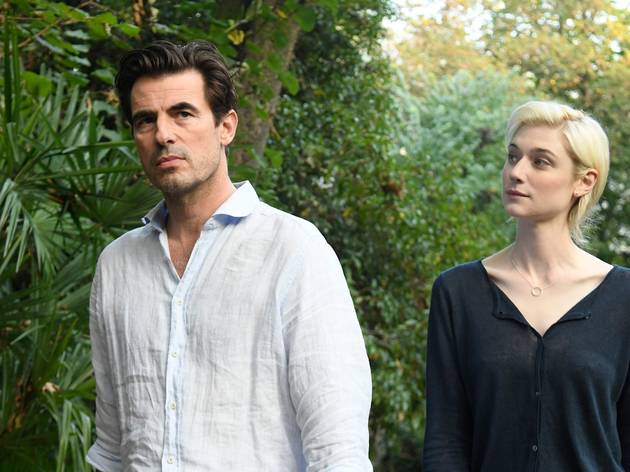 Elizabeth Debicki gets lost in an art world satire without bite

The art world can be cruel. Take the tragic case of doomed Dutchman Vincent van Gogh. Plagued by depression and poverty, he died by his own hand in 1890, never knowing he would one day be celebrated the world over.

It is the stuff of good cinema, though, as countless films about tortured artists can attest. There’s drama to be had, too, with infamous theft, the inadvertent hilarity of self-important critics or in the floridly-written captions on gallery walls. Then there’s the greed of the rich who sequester masterpieces in private collections far from public view.

Italian director Giuseppe Capotondi paints with several of these strokes in ‘The Burnt Orange Heresy’, adapted from the Charles Willeford novel by Scott B Smith (‘A Simple Plan’). It stars Claes Bang, so good as a slick museum curator in Ruben Östlund’s ‘The Square’. Here he plays James, a plagiarising critic who hoodwinks tourists in Milan with art history lectures of dodgy provenance. Elizabeth Debicki’s American in Italy, Berenice, attends one, and temperatures rise pretty quickly.

They’re both upstaged by a gleefully louche Mick Jagger, camply embracing the ludicrousness of his corrupt art dealer role. Inviting the new couple to a party at his sprawling Lake Como mansion, he proposes an outrageous scheme: to steal a new work from reclusive painter Jerome Debney (Donald Sutherland), a guest at his home. Debney’s entire oeuvre was destroyed by a suspicious fire and he hasn’t exhibited since, so a new portrait would attract big bucks. James and Berenice agree to play along, setting the scene for a sexy art heist thriller, not unlike ‘The Thomas Crown Affair’.

Instead, we get a mess more akin to ‘The Goldfinch’. Bang is weirdly listless, and the early spark of passion between him and Debicki gets lost in a muddle of pretentious chatter that lacks the bite to sell itself as consciously self-satirising. From there, the energy ekes away from this oddly austere film. Sutherland is saddled with a cartoonish stereotype shorn of humour and there’s nowhere near enough Jagger.

Van Gogh adopted pointillism in his later years, marking lots of little dots on a painting that coalesced into a majestic whole. Capotondi’s dots miss the canvas altogether.