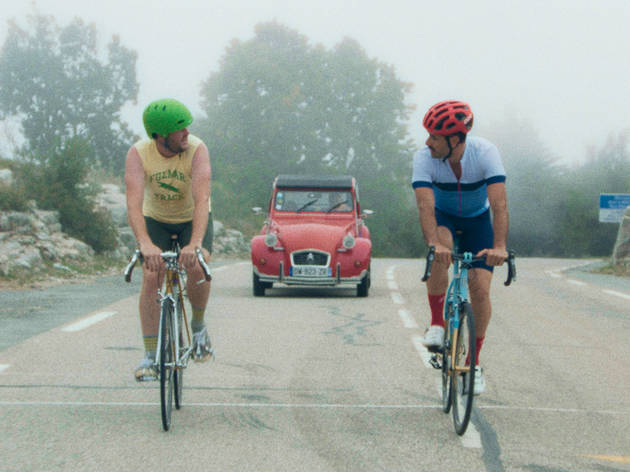 This ingenious buddy movie follows the ups and downs of a friendship that should, but probably never will, die

It’s been a pretty good year for dwindling, decades-old friendships. Old school pals you never forgave for snogging your crush, snubbing you for the cool gang? Screw that. It’s a pandemic. Everyone’s your friend again. It could be boredom. It could be loneliness. Or it could be that, just maybe, those formative relationships really do matter.

If Mike (Michael Angelo Covino, who directs, co-writes and stars) and Kyle (Kyle Marvin, also co-writer and star) were living through 2020, at some point in late March or early April, time would have shifted. So realistic do the characters in the beautifully pitched The Climb feel, by the end you do start to wonder what they’re actually up to right now. Somehow, despite everything that’s happened between them, they probably would be best buds, and WhatsApp-inseparable, once more. They may even have moved in together.

And fair enough – these sure are weird times. But some friendships should be totally called off, right? Kaput! Finito! End of! If you knew nasty, narcissistic Mike, you’d no doubt have banished him to the bottomless pits of Facebook long ago – and for good reason. He’s always trying to fuck up his supposed best friend’s entire life and future. Yet, tragically, wet, naive, ultimately loveable Kyle just can’t let the guy go. It’s a bromance that matters far too much to either of them.

Despite the pretty out-there plot – the film starts with Mike admitting he’s sleeping with Kyle’s fiancée, and he later marries her himself – the unlikely pair’s friendship plays out with remarkable relatability. Both characters feel strangely close to the bone; to the viewer’s great pain, you come away feeling like a pathetic mix of the two. Meanwhile, an ingenious sketch structure splits the film into seven chapters. Each time, you think: what’s changed in the interim? Surely, by now, their friendship is in tatters?

Of course, Mike is always lurking somewhere just off screen. Through a New Year’s Eve skiing trip, a wedding, a funeral, a Thanksgiving dinner and two stag-dos, Kyle and Mike experience waves of cataclysm and reconciliation in turn. On several occasions, Kyle’s second fiancée Marissa (Gayle Rankin, superb) attempts to force Mike out, and fails. Slapstick and bizarre musical interludes (highlight: a traditional Ukrainian band that inexplicably appears during an ice-fishing trip) dot the script in the same way that that toxic BFF always manages to worm his way back on the scene. ‘Shut up, Mike!’ is a leitmotif and the film’s mantra.

For many, it may feel all too familiar. We all know a guy like this, and yet given how exaggerated Mike’s defects are, that’s quite the feat. Terrible or otherwise, certain friendships really can’t just go away.