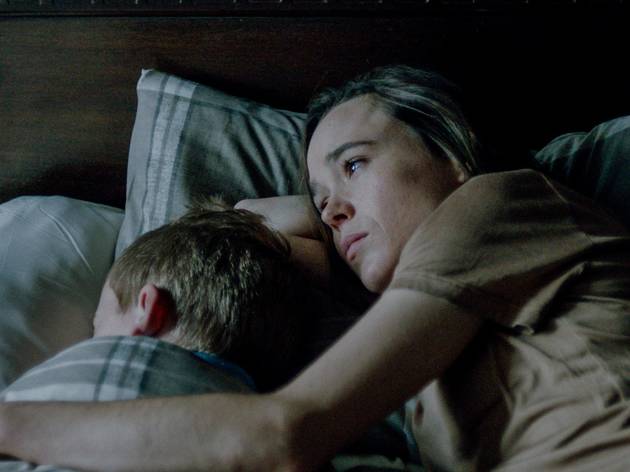 Glum but provocative, this is a zombie drama with braaains.

Zombie movies have long been a handy tool for picking apart society’s ills. With George Romero’s ‘Dawn of the Dead’, it was rampant consumerism. ‘Shaun of the Dead’, meanwhile, found the perfect mean of lampooning brain-dead city-dwellers via brains-craving walkers. ‘The Cured’ has to be the first to reanimate corpses as a means of examining Ireland’s post-Troubles tensions. It’s a bold idea – and a good one – even if it never fully pays off in a ploddingly predictable final act.

The setting is Dublin in the aftermath of a zombie apocalypse that’s been mostly averted by a miracle cure. The virus is called ‘Maze’ and there are no prizes for spotting the reference to a certain political prison. For the newly un-undead, returning to their lives in what’s now a semi-police state, redemption has a dark side: their victims’ friends and families are waiting with a fiercely hostile reception. Well, when your neighbour has eaten your aunt, you’re hardly going to bring them a ‘welcome home’ cake.

Ellen Page’s journalist, herself widowed in the outbreak, preaches reconciliation, but no-one’s in the mood for forgiveness. Her brother-in-law (Sam Keeley), a returning shuffler, shows the burden of guilt from the other side of the divide. Cruelly, every single gory memory of life in the grip of Maze is retained. PTSD? And then some.

Bringing simmering resentment and demagoguery to this social tinderbox is Tom Vaughan-Lawlor (Ebony Maw from ‘Avengers: Infinity War’, though less interesting here) as a barrister-turned-zombie-turned-cleaner who preaches revolution – violent, if necessary. Those parallels with UDA/IRA-style paramilitaries returning home after the ceasefire, and some smart ideas about rehabilitation, give way to an unlikely zombie-rights drama and then something far more conventional. The climactic scenes, though solidly mounted, have a distinctly seen-it-all-before quality. File ‘The Cured’ under zombie curio.