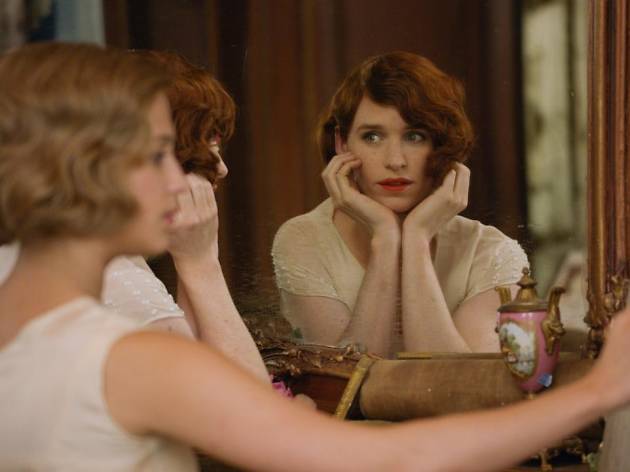 Eddie Redmayne is striking, but this is a disappointingly conservative biopic of the pioneering transgender artist Lili Elbe

'The King's Speech' director Tom Hooper has given the story of transsexual 1920s Danish artist Einar Wegener (Eddie Redmayne, convincingly pretty and fragile) and his wife Gerda (Swedish actress Alicia Vikander, often out of her depth), a decorous, overly tasteful spin. In fact, the film is so tasteful that you might barely realise the story involves a man having his penis surgically removed at a time when such a thing was barely known or possible.

In this version, Einar begins publicly identifying as a woman, Lili, after posing as a woman for his wife's paintings. The intriguing suggestion is that Gerda perhaps had an instinctive feel for her husband's secret, and the success of her Lili paintings coincides with the collapse of her marriage, with more tragedy to follow.

That's all fascinating, complicated, heady stuff. But Hooper and writer Lucinda Dixon take a deeply conventional approach by framing their story as a portrait of a loving marriage with an almost incidental awkward flaw. That's fine, if underwhelming, in the film's early scenes as we first watch Einar and Gerda's playful relationship. But when there's more at stake as Einar starts dressing as a woman and identifying as Lili not only occasionally but all the time, Hooper's approach feels increasingly shallow and lacking in proper inquiry.

It doesn't help that Dixon's script is often a clunker when it comes to dialogue. Hooper's decision to cast a Swedish actress speaking accented English playing a Dane also feels clumsy. There are also some horribly fruity and distracting supporting performances, especially from a shrill Amber Heard as a dancer and a caricatured Adrian Schiller as an art dealer. Ben Whishaw is a happy exception as Lili's potential love interest, Henrik.

‘The Danish Girl’ is meticulously made – not a hair is out of place. Danny Cohen's remarkable photography and Eve Stewart's stunning production design dominate. Admirers of 'The King's Speech' will perhaps find much to like, including Hooper's fondness for distorting wide-angle shots in enclosed spaces and his ability to make a room feel like a theatre. But too much feels like it's for show: when Einar is beaten up in Paris, it happens on a bandstand, of course.

What Hooper fails to do is get to grips with sexual identity in any way that's intellectually or emotionally provocative or surprising. That makes for a cold, pretty, delicate movie – one that too often relies on scene-stealing production design or the overwhelmingly insipid score for its otherwise strikingly absent emotional power. There are hints of a more interesting film – especially when Redmayne's Einar visits a private sex show in Paris and starts imitating the performer. But mostly it's all very British and middle-of-the-road in a way you hoped cinema had left behind.