Film, Fantasy
2 out of 5 stars 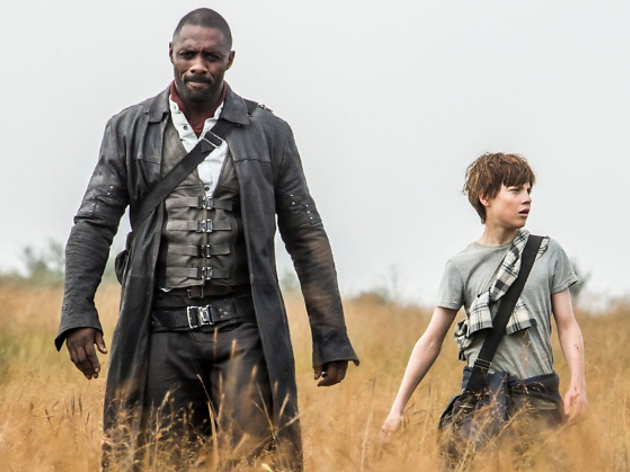 With the eight-book ‘Dark Tower’ series, Stephen King created his own ‘Lord of the Rings’: an epic, sprawling dark-fantasy saga that for years seemed unfilmable. That suspicion is now confirmed by this weak supernatural stew, which eliminates much of the author’s imaginative myth-making. On screen, ‘The Dark Tower’ serves up a generic, half-baked scenario no different to a slew of YA films in which young, wide-eyed protagonists discover their connections to a hidden fantastical world.

The rich narrative tapestry that King wove over the course of his novels has been reduced to a plot (credited to four screenwriters, including director Nikolaj Arcel) that could have been written on a napkin over lunch. Jake Chambers (Tom Taylor) is a creative 11-year-old New Yorker who’s been doing drawings of his recurring visions of a parallel universe in which a gunslinger, Roland (Idris Elba), pursues a demonic, black-clad sorcerer named Walter (Matthew McConaughey). Once Jake finds his way into Roland’s realm, the gunslinger reluctantly takes the boy under his wing and they travel through assorted alternate dimensions, with Walter on their tail, because Jake is the key to a vague apocalyptic scheme.

Attempts by Elba and McConaughey to, respectively, lend gravity and menace are choked off by their roles’ simplistic characterisations and, in Elba’s case, some very awkward fish-out-of-water gags when Roland hits Manhattan. The film is not poorly made. Its production values are suitably lush and the score by Tom Holkenborg (aka Junkie XL) is appropriately dramatic. But any fan of King’s novels will be distressed at the way his material – on its tortuous journey to the screen – has been blandified and sanded down. Even if you’re unfamiliar with those adventures, you’ll still find much of ‘The Dark Tower’ awfully familiar – when you’re not being thrown off by the haphazard storytelling and its malleable rules. Don’t worry, though. One day, surely, a filmmaker will try again.