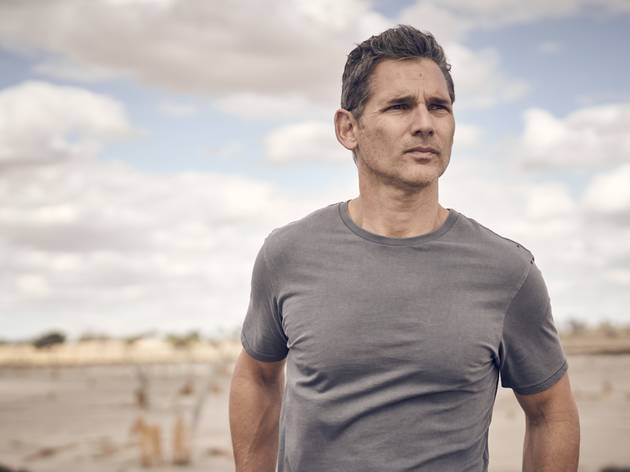 Australian author Jane Harper’s best-selling sunburnt thriller The Dry borrowed from all-too real horror stories of broken men wreaking bloody murder during unending droughts exacerbated by the climate crisis. The burly stoicism of Eric Bana is perfect casting for the role of federal financial investigator Aaron Falk in this slow-build big-screen adaptation. He is drawn back to his parched hometown for the funeral of old high school friend Luke (Martin Dingle Wall) who has apparently murdered his wife and young son before taking his own life, leaving an infant daughter screaming in her cot. But was Luke truly responsible? Off-duty Aaron is drawn into the investigation alongside Keir O’Donnell’s local cop, but has his own questions to answer too. What is he hiding about the death of his high-school crush Ellie (BeBe Bettencourt) some 20 years earlier?

Frequent flashbacks offer some clues as to what’s playing out in the here and now, with Joe Klocek compelling as a young Aaron, but their often clumsy insertion sucks some of the oxygen from the present-day drama. There’s a lot to cram in for director Robert Connolly (Balibo), who co-wrote the screenplay with Penguin Bloom scribe Harry Cripps, begging the question of whether this story would have been better served as a small-screen series. Whodunits thrive on character work, but sadly most of the townsfolk here are short-changed. Miranda Tapsell is particularly hard done by in a cast that packs in everyone from Animal Kingdom’s James Frecheville to John Polson, Julia Blake to Road Warrior veteran Bruce Spence (as the dead man’s father).

Genevieve O’Reilly, who plays Luke’s childhood sweetheart now drawn into the arms of Aaron in the present, is a stand-out, as is a growling Matt Nable as a boozy bad boy who fiercely blames Aaron for the loss of Ellie all those years ago. Connolly teases out the revelations at a steady, sweaty pace that’s gripping, only to rush the ending. But Bana’s taut lead performance is an apt match for the film’s haunted spirit. Forbidding visuals like vast, weather-worn boulders split in two by mighty gum trees grant this dark tale just enough Australian gothic to conjure up the ghost of Picnic at Hanging Rock.

The Dry is in Australian cinemas now.