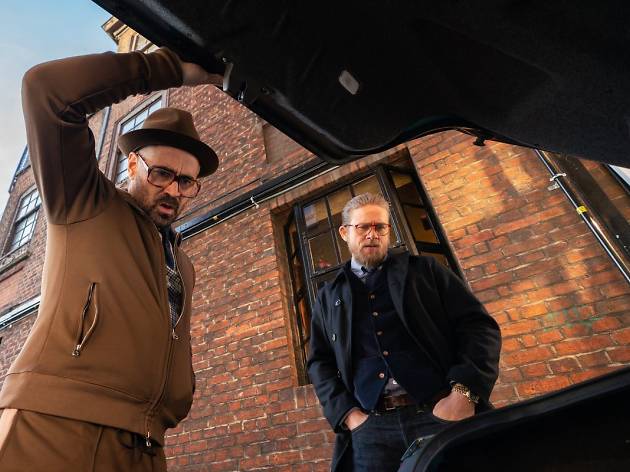 Guy Ritchie has gone back to his roots, or at least backwards. After a run of big-budget blockbusters – most recently this year’s $1 billion-grossing ‘Aladdin’ – the director has returned to the world of fast-talking British gangsters, the milieu that launched him in ‘Lock, Stock and Two Smoking Barrels’ and ‘Snatch’. This film will be popular with fans of both, but it paints a strange and regressive picture of a world where white straight men are all morally superior to everyone else, even if they’re murderers, thugs and drug dealers. The title should be a blackly comic joke, but the plot seems to take it seriously.

The film centres on Matthew McConaughey’s Mickey Pearson, a former Rhodes scholar who became a drug dealer to the upper classes while at Oxford and built a billion-dollar empire on weed. Now he wants to sell to Matthew Berger (Jeremy Strong) and retire with wife Rosalind (Michelle Dockery) – but rival gangster Dry Eye (Henry Golding) could scupper the deal, while private investigator Fletcher (Hugh Grant) threatens to expose them all.

The story is largely told via flashback, as the flamboyantly pervy, ferret-like Fletcher visits the gorgeous home of Mickey’s right-hand man Raymond (Charlie Hunnam) to explain how much he knows and how he knows it. Grant’s scenes with Ray are immense fun, but the flashback structure doesn’t work as well. We don’t get much of a look inside Mickey’s head even when he’s on screen, just his operation, and despite McConaughey’s charisma he remains something of a blank at the heart of the plot. Dockery is set up as a Lady Macbeth type but ends up reduced to damsel-in-distress. And she has the only significant female role here.

It’s a film teeming with colourful characters – look out for Eddie Marsan’s tabloid editor Big Dave and Colin Farrell’s scene-stealing Coach – but strangely regressive attitudes to almost everyone. Our heroes are all white, apparently straight men and almost none of their opponents are. It creates a grotesque worldview. A white man lectures a black man on racism and a Jewish character quibbles over money, and we’re encouraged to feel nothing but sympathy for the likeable landed aristocracy, who are just trying to keep a roof on their stately homes, after all. It’s like the twentieth century never happened, never mind the twenty-first.

Ritchie usually does a good job with his gangster dialogue, with chewy insults and creative swearing, but while there’s heavy dependence on the C-word here, there’s a lack of panache (one laboured metaphor asks what happens ‘when a silverback has more silver than back’, to which the answer is surely a resounding ‘eh?’). Another draft of the script would have helped, preferably one expunging a few egotistical flourishes including a van sporting the name ‘Gritchies’ and a blatant plug for another, better Ritchie film towards the end.

If you’re a dyed-in-the-wool Guy Ritchie fan and are happy to switch your brain off for a couple of hours, the cast – especially Grant, Hunnam and Farrell, who are genuinely good – will get you through. But if you care even the tiniest bit about fairness to the characters you see on screen, ‘The Gentlemen’ will leave a bad taste in your mouth.