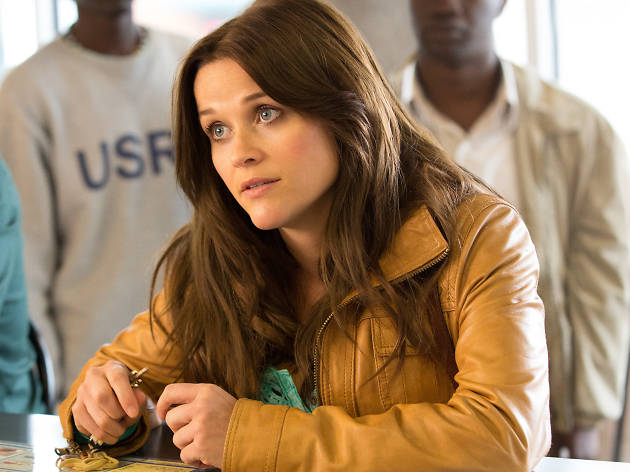 Let’s talk about lies, specifically the poster for Philippe Falardeau’s clunky but affecting African-immigrant drama, which puts Reese Witherspoon’s floating head (given a white-savior glow only Photoshop can provide) directly above this cringe-inducing tagline: “Miracles are made by people who refuse to stop believing.” Excuse me while I retch.

What good fortune, then, that this is not '"The Blind Side" Goes to the Dark Continent'. Witherspoon is merely a supporting player, her distracting star power likely a necessary compromise to secure funding for this years-spanning tale of Sudanese refugees Mamere, Jeremiah and Paul (Arnold Oceng, Ger Duany and Emmanuel Jal, respectively—all excellent).

They’re composite characters inspired by the real-life Lost Boys, 3,600 men and women displaced by civil war who were brought to America in a large-scale humanitarian effort. We first meet Mamere, Jeremiah and Paul as children (played by equally superb younger performers). The film’s best passage details their forced exodus over many hundreds of miles to Kenya. This section has the air of a Spielbergian parable, with its impactfully suggestive violence, its insistence on the talismanic power of objects (a tattered Bible, the broken bottom of a glass bottle) and the devastating separation of Mamere from his older brother, Theo (Okwar Jake), which provides the story with its emotional through line.

When the three grown men arrive in Kansas City, where they meet Witherspoon’s rough-edged employment agent and slowly chip away at her cynical exterior, the film gets much more Hollywood. For a while it’s a low-key fish-out-of-water comedy (with McDonald’s as one of its many obvious punch lines), then it morphs into a cumbrously sentimental tale of redemption. (The title of the film, a metaphor taken from 'Huckleberry Finn', plays a big part in the shamelessly tear-jerking climax).

Still, 'The Good Lie' manages to avoid a lot of pitfalls by keeping the focus squarely on Mamere and his friends, always insisting on their own complicated humanity, and never turning them into irreproachable embodiments of victimhood.