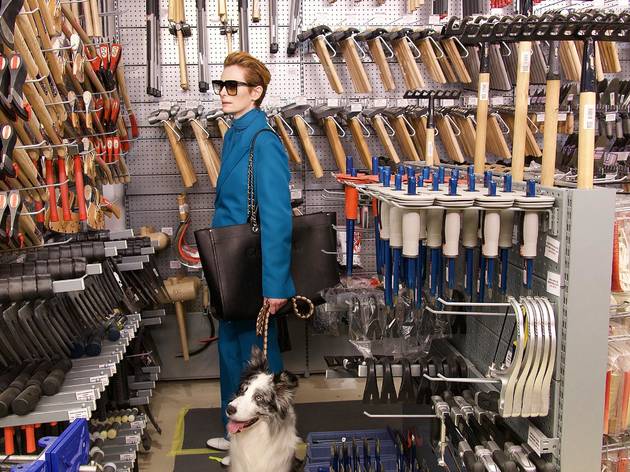 A Tilda Swinton monologue directed by Pedro Almodóvar? Yep, it’s as bold and fine-tuned as it sounds

This short is a starburst of immaculate Almodóvar. The emotions are big and histrionic. Alberto Iglesias’s soundtrack is punchy and opulent. The set is drenched in rich, kaleidoscopic colour. The Human Voice is the Spanish director’s first English-language film and you’ll inevitably go away yearning for more as soon as the half hour is up.

An outlandishly attired actress (Tilda Swinton) is pacing about her apartment. She’s on the phone to her lover, who has now eloped with another woman. The movie, ‘freely based’ on the play of the same name by Jean Cocteau (also an inspiration for Women on the Verge of a Nervous Breakdown), follows that conversation through despair and anger and indifference before finally reaching some form of muddied closure.

She monologues on their relationship, her career, her morbid fear of knives. They appear to speak for hours. The film dips in and out, showing her journey from meltdown to catharsis.

But what does she do? What does she say? And what does she simply think? The woman readily admits that much of what she tells him is made up. Maybe some of the things we see – the pills, her swinging a literal axe into a suit he’s left behind – are made up too.

Pedro Almodóvar makes The Human Voice a comment on artifice and theatricality: Swinton’s glances break the fourth wall and the woman’s technicolour flat, it transpires, is a soundstage in a film studio. We say – and see – unreal things in the throes of heartbreak. Swinton acts out this idea perfectly.

Alone in an empty flat, her character initially feels inconsolably isolated – like a lot of us right now, in fact. She is morose and yet progressively fearless. She shivers, grimaces, shouts. She fights off her grief. She lays the groundwork for moving on. In just half an hour, she’s filled the void left by her man.

Cocteau originally wrote this extravagant piece for the Belgian actress Berthe Bovy. You get the sense that, had Swinton been around, the French playwright may well have written it for her instead.

Out in US theaters now with screenings of Women on the Verge of a Nervous Breakdown.