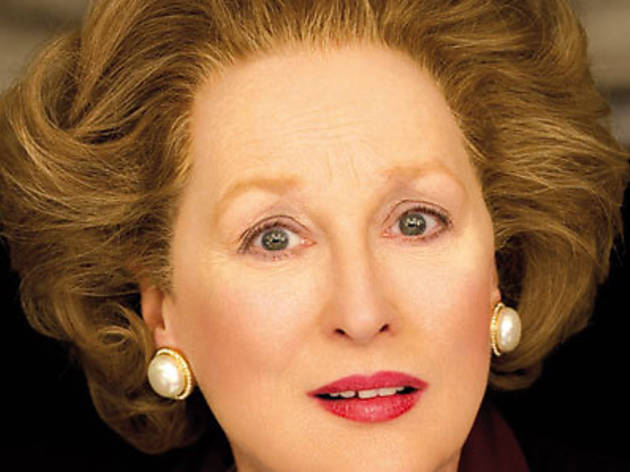 The calculation is fairly obvious: you’re doing a film about Margaret Thatcher, a huge figure, so you need an actress who can deliver on that scale. The imperious Meryl Streep seems like an apt choice. When she talks, men listen, and she’s always excelled at portraying women who know their own worth. Who better, then, to take on Britain’s most divisive post-war Prime Minister, a woman who remodelled the political landscape and was both lionised and reviled for doing so?

Much as you can argue the case for Streep, it’s a casting decision which brings its own problems. We expect a biopic of Maggie, but what we get is a showcase for Streep’s impersonation of her. It's an impersonation startling in its bravura technique – and doubtless bound for awards season garlands – yet which essentially boils down to Streep doing another of her amazing turns. When that collides with one’s own strongly defined perceptions of a real-life figure (frankly, dear reader, the very thought of her still makes my blood boil), there’s trouble ahead.

Abi Morgan’s screenplay bravely grounds the whole story in a portrait of a retired Lady T in her dotage. The idea, presumably, is to settle the audience by humanising the old battleaxe before we flit back and forth to the more contentious political material. This is effective to a certain extent, since Streep's work stands on its own here and is more humanely engaging for it, even if the material bristles with a self-conscious naughtiness about presenting its subject as Lady Gaga and giving her a dead Denis Thatcher to talk to. Jim Broadbent is predictably marvellous here, self-effacing yet somehow twinkly, though most touching of all is Olivia Colman as daughter Carol, displaying deep affection for a mum far too self-involved to give anything back. And yet, having softened us up with this study of the lioness in winter, Morgan disappoints by not going that far with it, missing the opportunity to get much dramatic traction from Thatcher rethinking her achievements in hindsight. Certainly, there’s a sense that the bullish determination which made her a political titan later rather isolated her – even within her own family – yet this emotional candour isn’t matched by the film’s take on her career trajectory, which succumbs too easily to knockabout and thus fails to point up its occasional attempted criticisms of its subject’s narrow-minded intransigence.

Asking us to accept the young Thatcher as a class warrior and proto-feminist cutting a swathe through the Etonian ranks of the Tory hierarchy succeeds for a while as a jolly provocation, yet asking us to hold that thought when she reaches Number 10 comes across as dangerously indulgent. The make-up and hair department work overtime to crimp and shape the likes of Richard E Grant as Michael Heseltine and Anthony Head as Geoffrey Howe into semi-recognisable versions of the grandees of yore, yet everyone seems to be channelling ‘Spitting Image’ japery here, which proves counter-productive and facile in the circumstances. Taking on too much history without the running-time to do it justice is the undoing of director Phyllida Lloyd (who directed Streep in ‘Mamma Mia!’ in 2008), and the closer Streep gets to grandstanding high comedy (in the cut and thrust of PM’s questions, for instance) the more credibility is sacrificed for glib short-term impact.

Yes, there’s some acting to admire here, and you have to give the whole production credit for having the balls to take this on in the first place, yet the lack of a clear controlling vision deprives the drama of genuine cumulative impact. Streep’s Mrs T is at various times an ambitious Tory firebrand, a leader who makes the tough decisions Britain needs, an aloof egomaniac, a doddery old dear. The film’s often for, sometimes against, ultimately a bit wishy-washy. Certainly, it’s worth seeing and arguing over, but my personal take on Thatcher remains unchanged, Streep’s virtuoso ministrations notwithstanding.