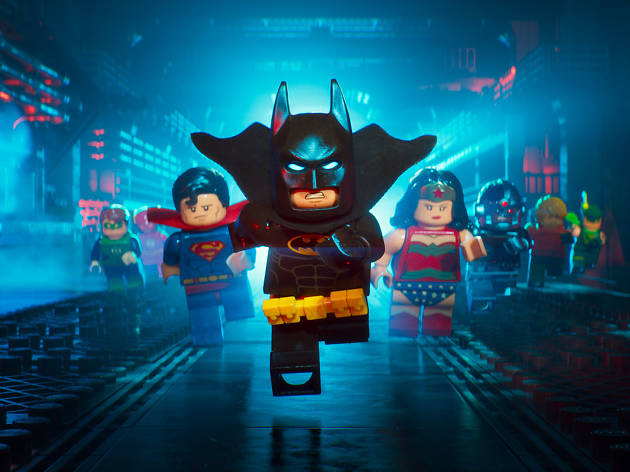 A little plastic bat fights the forces of evil in this mad, hilarious comic-book pastiche

The breakout star of 2014’s 'The Lego Movie' now gets his own action-packed, completely batshit superhero spinoff. The first Lego film was a real surprise: what could have been a lazy cash-in turned out to be sweet, funny and fiendishly original in the way it acknowledged and celebrated its own artificiality. And one of the film’s highlights was its take on Batman: a self-involved millionaire playboy who dresses in black body armour to fight crime and chase chicks. The inept egomaniac is a time-honoured comedy archetype – think Jack Sparrow, Daffy Duck or Donald Trump – but thanks to razor-sharp writing and Will Arnett’s snarling, impossible-to-hate vocal performance, this Batman felt fresh and fun.

Happily, the same goes for his solo debut, a ferociously paced, wildly silly pastiche of those comic-book blockbusters we’re all getting a bit sick of. The plot may draw on another creaky comic cliché – Batman inadvertently adopts adorable orphan Robin (Michael Cera) and has no idea what to do with him – but ‘The Lego Batman Movie’ is so jam-packed with ideas, asides and barmy cameos (Lego Bane! Lego Marlon Brando! Lego gremlins!) that there’s barely time to notice. Some of it might go over kids’ heads – there’s a running gag about ‘Jerry Maguire’ that will bemuse anyone under 35 – but they will lap up the frenetic action and slapstick.

Like its predecessor, ‘The Lego Batman Movie’ also manages to find an emotional centre among all this mayhem. Batman may be outwardly invincible, but deep down he’s a lonely, abrasive soul, refusing to admit to The Joker (Zach Galifianakis) that their adversarial relationship is special (‘I like to fight around’). His quest to discover the meaning of friendship and family proves borderline cheesy but ultimately rather affecting, and makes ‘The Lego Batman Movie’ feel like more than just another hectic pop-culture pastiche.