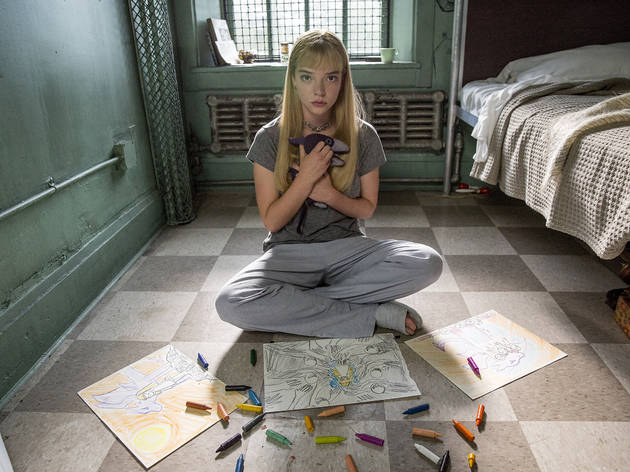 It’s not as bad as we’d feared, but this horror-riffing ‘X-Men’ spin-off is still a fright-free misfire

This plodding, horror-riffing X-Men spin-off finally arrives more than two years after its original planned release date and at times it’s hard not to stifle the unkind thought: ‘Why so soon?’ If not quite an out-and-out disaster, it’s certainly a bit of a mess: the pacing is sluggish, the dialogue often clunky and the climactic showdown has all the visual flair and dramatic force of a bin fire. The major issue, though, is that it’s not scary – least of all for a movie that reaches back to iconic ’80s teen horror movies for inspiration and even has the chutzpah to reprise Psycho’s shower scene.

None of this is the fault of an on-form cast that reads like a who’s who of zeitgeisty young actors: Maisie Williams, Anya Taylor-Joy and Stranger Things’ Charlie Heaton included. Native American actor Blu Hunt is Danielle Moonstar, the sole survivor of a mysterious massacre on her family’s reservation. She awakes in a hospital under the supervision of Dr Reyes (Alice Braga) – the creepy John Carpenter-style establishing shot of its crumbling façade, and the fact that Reyes seems to work entirely alone, suggest that this isn’t one of those nice private joints with the five-star chefs.

Sure enough, Moonstar discovers that she’s in a facility for young mutants, a kind of finishing school for future X-Men, where their powers can be surveilled, analysed and controlled. Her fellow patients include ‘the crazy one’ Illyana Rasputin (Taylor-Joy), Rahne Sinclair (Williams), Roberto da Costa (Henry Zaga) and Samuel Guthrie (Heaton) – aka Magik, Wolfsbane, Sunspot and Cannonball. Magik is a sorceress whose arm can turn into a sword in the manner of a medieval T-1000; Wolfsbane is a lycanthrope; Sunspot flames when he’s angry (or, awkwardly, aroused); and Cannonball can shoot around elusively, like a kind of human swingball. But what is Moonstar’s power, and why are she and her new friends experiencing terrifying visions of childhood horrors?

Director Josh Boone is best known for his YA weepie The Fault in Our Stars and he’s on surest footing when his young cast are sharing their troubled backstories, hanging out in front of episodes of Buffy or bitching at each other. It’s basically The X-fast Club, with Taylor-Joy as Judd Nelson.

A plot – and a palpable sense of threat – takes far too long to coalesce amid these baggy scenes, leaving too much crammed into a helter-skelter third act that smacks of reshoots and passes by in a welter of VFX shots. It’s not all bad, though, with the fast-rising Taylor-Joy (The Witch) again impressive as simmering, vengeful Rasputin, and Boone tapping effectively into the DNA of X-Men’s mutants as representatives of marginalised groups. There’s a gay subplot that’s given time and space to develop, while the subject of childhood trauma is handled with a degree of nuance. But none of that is enough to mask the movie’s many flaws. They may be new mutants but this still feels like old hat.