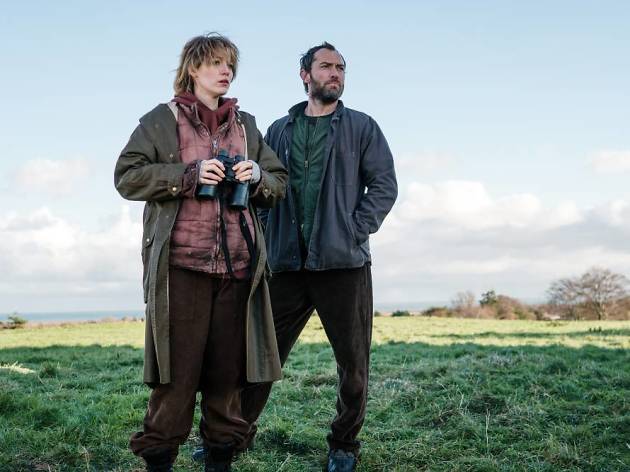 Superficially, this espionage action-thriller bears the hallmarks of a ‘female Bond’ movie. After all, it’s the handiwork of the studio that runs the 007 franchise, it’s based on the first in a long series of novels (by British writer Mark Burnell, who’s also written the script), and it has all the globetrotting trimmings of a prestige spy flick. But ‘The Rhythm Section’ is a scrappier, more grounded beast.

Though played by Blake Lively with a pristine English accent and an apparent disregard for her own physical wellbeing, Stephanie Patrick is no slick operator with a licence to kill. She starts out as a broken woman, ravaged by grief and reduced to prostitution and heroin addiction. But her thirst for vengeance for the murder of her family in a terrorist bombing spurs her to seek training as an assassin by a cynical ex-MI6 agent (Jude Law). Her transformation is obviously comparable to Anne Parillauld’s in 1990’s ‘La Femme Nikita’, but even once she’s ‘live’, Stephanie is ill-prepared for the harsh realities of this deadly game. She’s prone to mistakes and clumsy gaffes, clearly out of her depth, both in terms of her physical capability and moral certitude. Well, to begin with, at least.

Cinematographer-turned-director Reed Morano (‘The Handmaid’s Tale’) astutely shoots these slapdash missions with a handheld, POV-focused immediacy and intensity, at times recalling Paul Greengrass’s ‘Bourne’ films and, in one superb car chase, ‘Children of Men’. Sadly, however, the plot and the action lose momentum after the midpoint. As Stephanie settles into her new life, the movie tilts towards the conventional, and anyone hoping to be rewarded with a killer twist will merely shrug. And the eagerness with which it serves up brown-skinned bad guys is questionable. Lively remains impressive throughout, but with plot-driven fare like this, such lapses are a let-down.