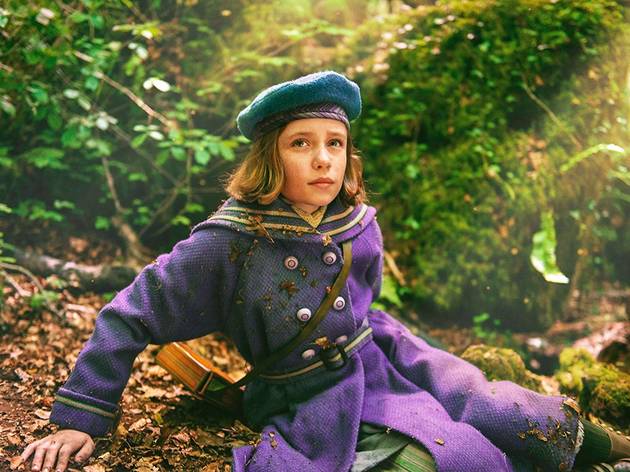 Beloved childhood books often lose a lot of their lustre en route to the big screen, usually in a welter of slavish storytelling, self-conscious child acting and annoying CG mice. With super-producer David Heyman (Harry Potter, Paddington) involved, it’s no real surprise that this latest take on The Secret Garden avoids those pitfalls (although there is a CG robin, if you’re going to nitpick). Even so, this version of Frances Hodgson Burnett’s 1911 story exceeds expectations. In short, it’s a delight: endlessly enchanting, full of lovely visual curlicues and brimming with the outsized emotions of childhood.

For all the Titchmarsh-level horticultural magic on display, the film lives or dies on the performance of 14-year-old newcomer Dixie Egerickx. She plays its central character Mary Lennox, who, in short order, finds herself orphaned, shoved out of her childhood home in India and sent to live in a decaying pile on the Yorkshire Moors. Egerickx is in almost every scene and she owns them all. Her performance is not just good, it’s Saoirse Ronan in Atonement or Nicholas Hoult in About a Boy good. The role is no cinch, either: Mary’s arc takes her from bratty and entitled child of the Raj to something deeper, more measured. Such is Egerickx’s skill that you barely notice the subtle shifts in performance.

The adaptation itself is nicely judged, too. Skins and His Dark Materials writer Jack Thorne knows the cadences of childhood as well as anyone, and he marries them with a smart resituating of Burnett’s novel to 1947. Director Marc Munden leans in on the mournful air of an old-fashioned ghost story as a sense of post-war malaise settles over early scenes (although maybe goes a little hard with gauzy flashbacks and the on-set mist machine). Everyone is mourning someone, including Archibald Craven (Colin Firth), the grumpy, hunchbacked uncle Mary is sent to live with. Death has sunk into the building’s bones – the decaying mansion was used as a hospital in the war – and strange noises echo through its corridors at night.

But then Mary discovers that magical garden and wraithlike greys give way to a riot of colour as cinematographer Lol Crawley’s camera gets full licence to roam. Giant palm fronds withdraw to reveal stone follies, sparkling ponds and shards of sunlight. Halfway between an Indian jungle and an English country garden, it’s a lovely metaphor for the grieving Mary’s geographical and emotional dislocation. Soon, she’s sharing it with friendly local Dickon (Amir Wilson) and Colin (Edan Hayhurst), Craven’s bedbound son. Munden draws jolly Harry-Hermione-Ron chemistry from the trio as they share their wounds and find solace in each other’s company.

Like Burnett’s novel’s literary kin Rebecca and Jane Eyre, there are shabby mansions, forbidden rooms and forbidding housekeepers (albeit, Julie Walters’s Mrs Medlock is only a little intimidating) to ramp up the spookily gothic atmospherics. But, for all its creaking floorboards and ghostly echoes, The Secret Garden never loses sight of the real ogres of childhood: separation and loss. It’s a tale of healing that will steal your heart. Step under its canopy.