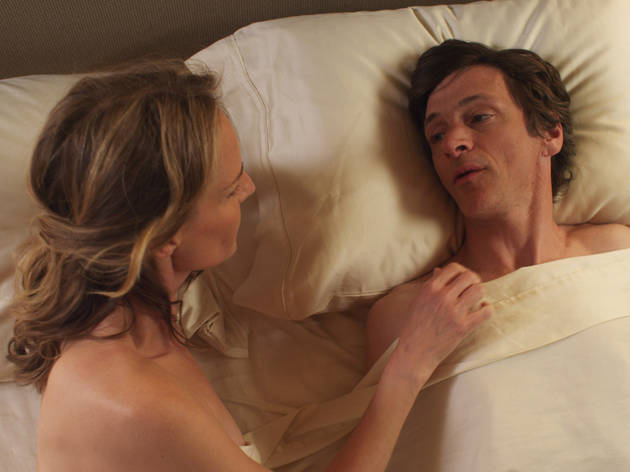 Cutting to the chase, this is a movie about sex—unusually explicit sex, coupled with plenty of therapeutic chats about it—that still manages to be exuberant and deeply felt. But the real heat of The Sessions comes from its pitch-perfect sense of place, the free-spirited Berkeley of the 1980s. (How nice to see a story rooted in liberty; it must be in the water there.) It’s on this experimental ground that real-life polio victim Mark O’Brien attended college and became a poet, tooling around campus on a motorized gurney. This is also the community where Mark (John Hawkes), blooming into a sharp-minded journalist, comes into contact with sex surrogate Cheryl (Helen Hunt), another brainy Berkeley type, who’s committed to exploring the body and openness. Every new character in Ben Lewin’s drama casts you back to forgone hippie freedoms, especially a long-haired, sensitive priest (William H. Macy) who hears Mark’s confession and gives him a “pass” to go for it.

It is our hero’s devirginization (no easy task, given that he’s usually in an iron lung), and nothing about these performances would make you think the quest is anything less than essential, an important part of the human condition. The Sessions challenges your squareness—it’s an adult movie about an adult subject that upends the conventions of the sex comedy by investing them with solemn purpose. Fortunately, that turns out to be pretty funny in itself. The three leads are terrific, digging into geeky verbosity with relish. If a misstep is made, it’s in bringing everything to a close that, though true to events, feels tidy. Sex is transformative; that’s enough for a movie. Love, though—even the beautiful kind articulated by a San Francisco poet—makes the film feel a hair closer to conventional. Of course Mark can’t go back; the film persuades you that the trip was worth it.