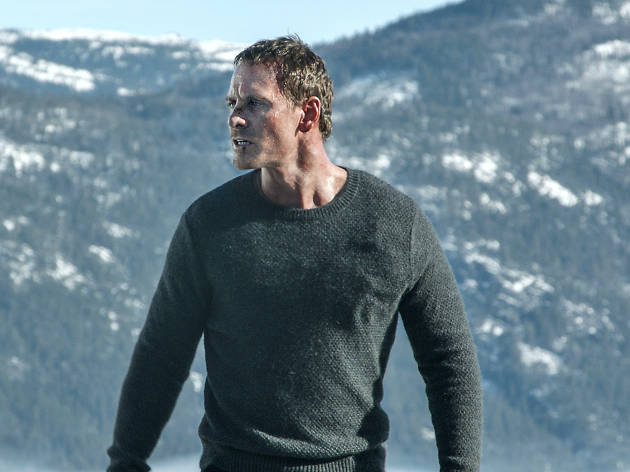 Underheated and confused, the first detective thriller based on Norway's Harry Hole series can't be called an auspicious beginning.

Like Eric Morecambe’s piano-playing, this serial-killer misfire hits all the right notes, just not necessarily in the right order. There are gruesome murders, a distinctive MO (the killer leaves a snowman outside his victims’ homes), forensic scientists as far as the eye can see and a troubled cop to make sense of it all. In short, the raw materials are there for a fun – if throwback – genre piece of the kind that kept ’90s cinema stocked with stiffs. Alas, the tension dissipates in a tangle of muddled subplots, sluggish pacing and some strange decisions from director Tomas Alfredson (‘Tinker Tailor Soldier Spy’). The result isn’t a ‘Bone Collector’, never mind a ‘Se7en’.

The ‘star’ of the show is Michael Fassbender’s dishevelled Oslo ’tec Harry Hole. Lifted from the pages of writer Jo Nesbø’s bestselling books, he’s a veteran Oslo crime-solver with genius-level insight, a boozily self-destructive streak and – for some reason – a plastic bag he carries with him from crime scenes to drunken binges and back again: this is a man with so much baggage, some of it is actual baggage. Hole has an estranged wife (Charlotte Gainsbourg) and a son he struggles to connect with. His encounters with them are so awkward that it’s almost a relief when a serial killer pops up and starts killing people, if only to give him a valid excuse to swerve them.

But it’s in the more standard genre elements – the bloody gristle on a good crime thriller’s bones – that ‘The Snowman’ really misses a trick. Few of the murders are shown first-hand, missing easy opportunities to ratchet up the tension, and the trail of clues is regularly shunted aside in favour of murky plotlines about a bid to host a winter games in the city, local politics and Hole’s family life. His sidekick, Rebecca Ferguson’s whip-smart Katrine Bratt – a young gun to Hole’s jaded warhorse – is set up with a complex backstory that may or may have significance for the current case. With so much to pack in, it’s not surprising that the victims hardly get a look in.

The rest of the highly watchable supporting cast isn’t especially well served, either. JK Simmons is haughtily suspicious as a thinly sketched media mogul, James D’Arcy glowers as another suspect, while Gainsbourg isn’t a natural fit for the role of aggrieved-but-still-doting ex (look out for a bizarre sex scene that must have had her pining for the cosiness of ‘Nymphomaniac’). The usually sparky Val Kilmer shows up in flashback as a mumbling Bergen detective with a glazed remoteness. He’s the only thing on screen with less facial movement than the snowmen.

Where Alfredson does bring his substantial chops to bear – and this is the director who crafted flair-filled genre spins with ‘Let the Right One In’ and ‘Tinker Tailor’ – is in realising the film’s rich visual landscape. Norway’s ice-crusted fjords and valleys shimmer in the frost, while Oslo high society bathes in the rich lighting of cinematographer Dion Beebe (‘Collateral’). It’s not enough to salvage the story, and it’s unlikely to launch the hoped-for Harry Hole franchise, but it doesn’t half sell Norway.