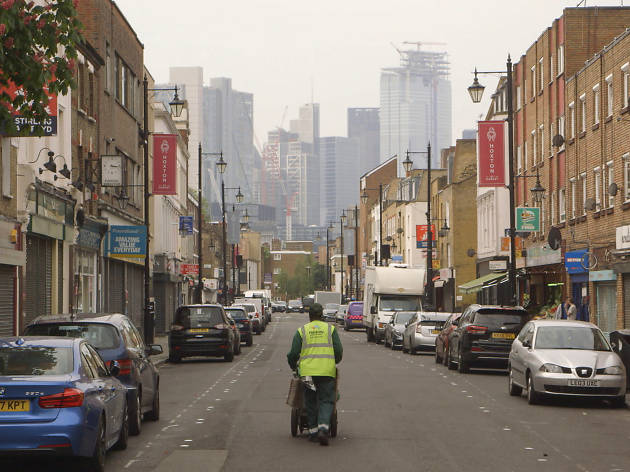 Hoxton Street provides a microcosm of modern London in a refreshingly complex doc that offers no easy answers.

A revealing portrait of how gentrification is transforming everyday life in London, ‘The Street’ is a fly-on-the-wall documentary focusing on the changing fortunes of Hackney’s Hoxton Street. Famed photographer-turned-director Zed Nelson has spent years filming the area and interviewing locals, and the result is an intimate, almost Dickensian-feeling, film that captures the widening gap between the capital’s working and middle classes.

Nelson keeps his lens tightly on local business owners (including bakeries, carpet shops and mechanics), capturing their dejection as they’re forced to sell up to major property firms. The locals talk of feeling isolated while blaming ‘yuppies’ for destroying these beloved local fixtures. By way of bleak juxtaposition, one landlord boasts of offloading a one-bedroom flat for £1,600 a month in just a day.

What makes ‘The Street’ so refreshing is Nelson’s even-handedness in exposing flaws in both sides’ arguments. Where another director might have run with a clichéd underdog story of working-class people losing their town to villainous capitalists, he shows the toxicity behind some locals’ resistance to change, as well as the regressive racism that, in a few instances, drives it. You’re left with a feeling that the owners of new upmarket beer shops and galleries aren’t the real villains here, but a capitalist system that has allowed such a rapid rate of change in such a salt-of-the-earth community.

If there’s any ambiguity or muddle in this sharply-focused doc, it’s in the film’s view of London’s future. Has the city irreversibly lost its plucky Blitz-era sense of community or is there’s still a chance it can rise back up from the ashes? It’s not clear what Nelson thinks. Then again, perhaps that confusion merely echoes a country still in a Brexit-led purgatory, desperate for answers and unsure of what tomorrow will bring.