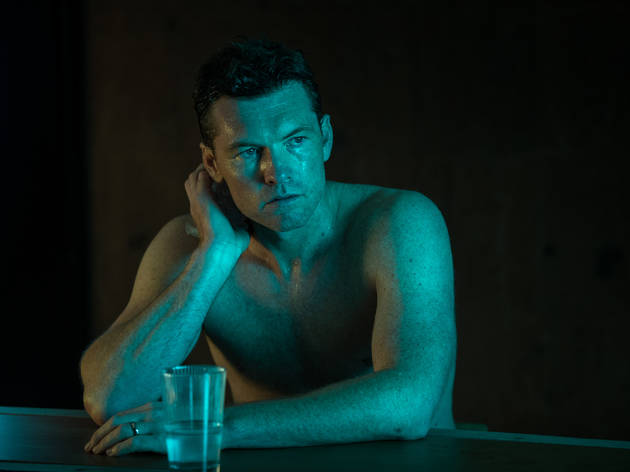 This Sam Worthington sci-fi thriller has a shoestring budget – and it shows.

In ‘Avatar’, Sam Worthington survived on an alien world by having his consciousness uploaded to a big, blue alien body. In ‘The Titan’, Worthington’s interplanetary travel solution is both far less elegant and far less imaginative. To be fair to first-time feature director Lennart Ruff, he has far less money than James Cameron to pull off this gloomy sci-fi thriller. But that’s no excuse for aiming so low when it comes to your concepts and characterisation.

‘The Titan’ takes place in 2048, on an Earth which is dying in an Interstellar-ish fashion. Humanity needs a new home, but with no handy wormholes to help, our species’ best hope is Saturn’s moon Titan. The catch is, its atmosphere is toxic, it’s too cold, and there’s liquid methane everywhere. So a select group of tough-nuts – including Worthington’s Rick Janssen, who drags along his drudge-working, ex-doctor wife Abi (‘Orange Is the New Black’s Taylor Schilling) and kid – head to a luxurious Nato base in the Canary Islands to undergo experiments that will adapt their physiologies into a Titan-friendly form.

Setting aside all the highly dubious science, there’s just not enough story here. Dutiful wife Schilling (drained of all her ‘OITNB’ spark) searches out the ‘dark truth’ of these procedures, but nothing she learns is a surprise; from the start she and Rick are warned of the dangers, yet Abi at one point expresses shock that her husband is ‘changing’.

What he eventually changes into is best left unsaid here. But it’s silly enough that you’d imagine Worthington will never want to leave a Na’vi again.

Director:
Lennart Ruff
Screenwriter:
Max Hurwitz
Cast:
Sam Worthington
Taylor Schilling
You may also like
Popular movies
We know this city. Do you?