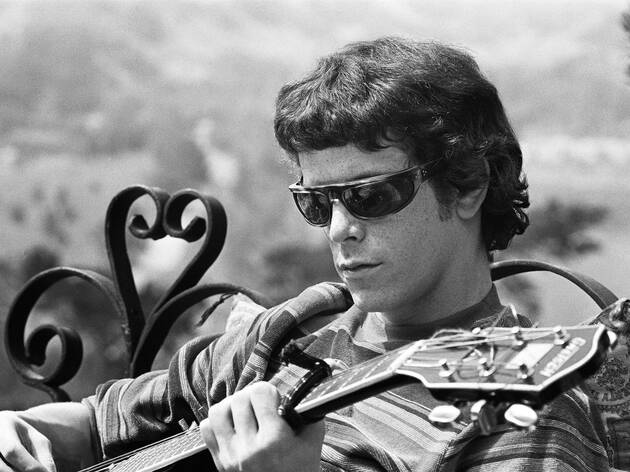 It’s a tough gig to tackle the myth of the Velvet Underground. That myth says that classically trained son of a Welsh miner John Cale met troubled Dylan wannabe Lou Reed in New York and formed the most influential/unsuccessful band of all time, under the dubious auspices of Andy Warhol. Todd Haynes manages to do much more than tease that story out, though. His documentary is a lyrical and visual paean to the idea of what makes great art.

Supposedly, this is the first proper film ever about the VU, and thank God. Unlike, say, the Beatles Anthology, there are no contemporary TV interviews, press conferences, airport arrivals. Basically, no one gave a shit about the Velvet Underground. There are no boring music historians here. Instead, Haynes marshals some choice talking heads – surviving members Cale and drummer Moe Tucker, and dancer Mary Woronov – and gorgeous, gorgeous footage, largely from the ever-spooling cameras of Warhol’s Factory. He makes a virtue of the band’s predicament as the catspaw of the artist to investigate their position as outsiders who found themselves insiders trying to break out.

Haynes devotes a lot of time to find out how the VU became the myth of the VU. He examines the NY scene of the early ’60s: the art, the gay clubs, the socialites. Right at the beginning, Cale is shown on a TV gameshow, I’ve Got a Secret. His secret is that he was part of an 18-hour concert performing a short Erik Satie piano piece 840 times. ‘Why would anyone ask you to perform it 840 times?’ asks the host, as the audience sniggers at this high-culture ludicrousness. ‘I have no idea,’ replies Cale urbanely.

If you already love the Velvet Underground, this is two hours of visual and aural bliss. If you don’t, same.

The Velvet Underground is in select cinemas and launches on Apple TV+ Oct 15.

Director:
Todd Haynes
You may also like
Popular movies
We know this city. Do you?