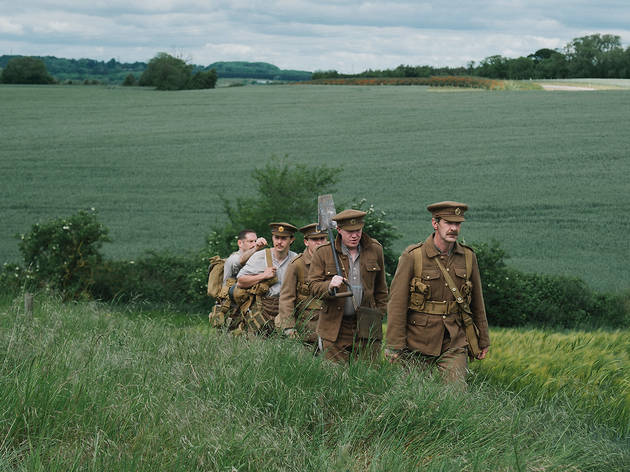 War films come in all shapes and sizes: unfortunately, despite its potentially thrilling and claustrophobic tale of subterranean gallantry – all based on real military history, to boot – The War Below is about as square as it gets.

Set initially in 1915 as the British war effort ramps up, it follows a small group of keen coal miners who, thanks to their profession’s impact on their lungs, are deemed unfit to serve. Fast forward a few months and one ingenuous officer, Colonel ‘Hellfire Jack’ Norton-Griffiths (Mr Selfridge’s Tom Goodman-Hill), is busy concocting a plan to break the stalemate. Against the staid instincts of the military bigwigs, he wants to dig below the German lines and blow up the Hun’s most strategic points. The lads may be needed after all. The Battle of Messines awaits.

The hyperbole which is placed on the significance of the task – that it will end the Great War once and for all – creates false emotional stakes. Other battles were involved and other men; in fact, a whole other film has recently been made about them, in the shape of Australia’s Beneath Hill 60.

While the claustrophobic intensity of trench life is neatly depicted, with pindrop moments of silence offering a chilling prelude to the coming storm, sudden lurches forward disrupt the rhythm of the film. Oddly, the crucial digging phase of the story is skipped altogether. Not showing the tense, grinding, dangerous task of toiling in the mine shafts, strips the men’s courage of its basic context.

The cast of relative unknowns, many sporting superb moustaches, put in doughty turns but are let down by some clunky war-film clichés. The War Below is a story of duty and sacrifice, so heartstring-plucking comes pretty much guaranteed. But for all its authentic-feeling soldierly banter, the script never really humanises the men. They sound like Tommies, they just don’t feel like them.