The Way I See It

Film, Documentaries
2 out of 5 stars 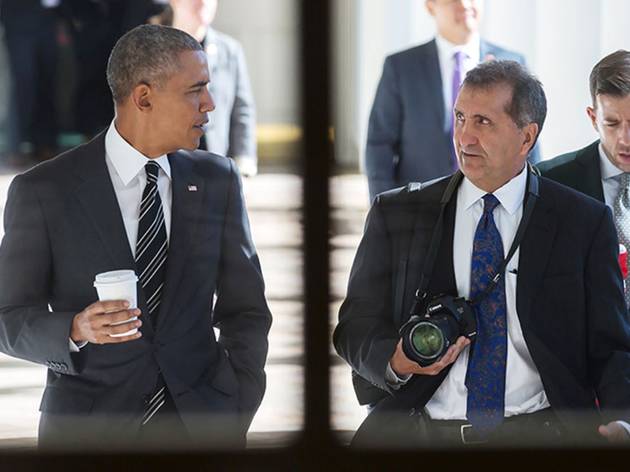 If you think Donald Trump is a better POTUS than his predecessor, then fair warning: this is most certainly not the documentary for you. The problem is, if you’re of the exact opposite opinion and are, indeed, an irrepressible President Obama stan, you might just find it a bit hard to stomach too.

‘Loving’ is an understatement when it comes to director Dawn Porter’s not-quite-portrait of Pete Souza, chief among the official photographers of Obama’s White House era. In a fairly obvious bait-and-switch, it’s only tangentially about him. Instead, it functions as a 100-minute party political ad for a president that has already been and gone.

Early attempts to establish Souza’s apolitical professionalism – he served under Reagan too – are awkward, particularly in the hand-waving over Reagan’s handling of the HIV and Aids crisis. Balance is soon abandoned in favour of the kind of Obama-centric cheerleading that might even draw blushes from dedicated Democrats. Coupled with sledgehammer Trump-bashing, it has the Instagram-addicted Souza admitting he can’t really return to photojournalism now.

Which is a real shame, because Souza’s work speaks for itself. But then, that’s part of the problem too. Souza tirelessly shadowed Obama for a decade, tracing his stratospheric rise from newbie senator to the highest office in the land, and back into civilian life. During that time, the White House embraced the internet with a fervour unmatched by previous tenures: at times, there’d be as many as 100 photo calls a week. So while Souza’s incredible eye and a dogged determination to capture magic moments even among the most mundane meetings is commendable, the visual power of this exhaustive record is a little dulled by the fact we’ve seen them all before.

From a technical perspective, there’s little insight offered into how a gifted photographer actually gets the best shot, beyond a few table-clambering curtain pulls. And even the endless asides about how awesome Obama is, complete with near-comical footage of Souza’s often teary book launches, starts to feel a bit stalker-y. Particularly given the glaring absence of any to-camera interviews to Porter from the Obama family. By the time the director crowbars in obviously late-edition photographs of the recent Black Lives Matter clashes not taken by Souza, it all feels like far, far too much.

Director:
Dawn Porter
You may also like
Popular movies
We know this city. Do you?