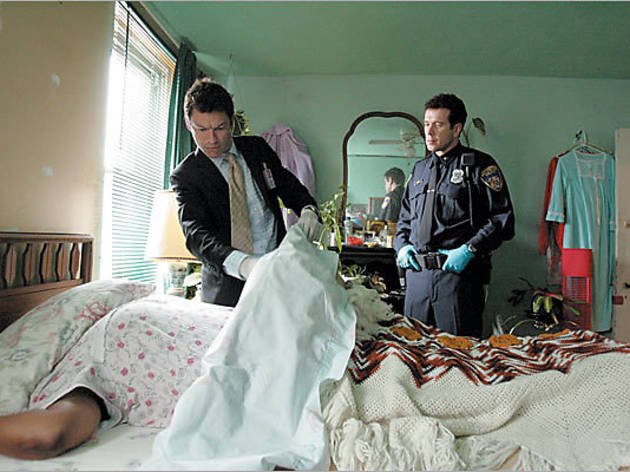 1/2
EXQUISITE CORPSE McNulty (West, left) is called in by a beat cop (Bobby Brown) to size up a body. 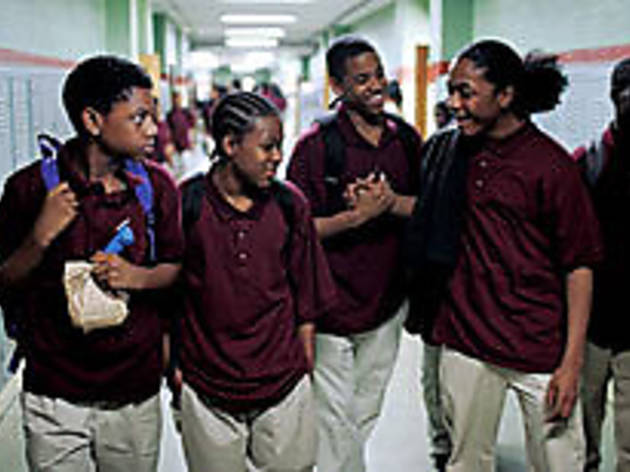 This week, you’ll probably read a lot of reviews of The Wire’s new season that laud creator David Simon’s stunning street drama for its narrative complexity and social conscience. But while those are among the series’s many virtues, critics who emphasize them risk making Simon’s exhilarating urban panorama sound like a dreary homework assignment. Here’s what you really need to know: Never before has there been a series at once as bawdy, chilling, vibrant, disturbing, melancholy, sidesplitting and honestly uplifting as this chronicle of the battle fought daily by cops, drug dealers and politicians for the soul of Baltimore.

As the new season begins, the protagonists are widely scattered: Bad-boy detective Jimmy McNulty (Dominic West) has sobered up and put a uniform back on; Major Cedric Daniels (Lance Reddick) has assumed command of the western district; Thomas “Herc” Hauk (Domenick Lombardozzi) has become a bodyguard for flashy Mayor Clarence Royce (Glynn Turman); and the disgraced Roland “Prez” Pryzbylewski (Jim True-Frost) has left the force to teach eighth-grade math. The latter development is the jumping-off point for an exploration of the sorry state of public education in American cities, a topic that has yielded some of the most mawkish and didactic movies and TV shows ever made. This, it should go without saying, is not one of them.

The genius of The Wire has always been its skillful presentation of stories about social problems in purely character-based terms. Simon obviously relishes his freedom from the objectivity that he needed as a reporter for “the Baltimore Sun,” but viewers are never cudgeled with his opinion on the subject of the day—season three’s story addressing drug legalization was as much about the desire of Major “Bunny” Colvin (Robert Wisdom) to retire with a meaningful legacy as it was about the social upside of a sanctioned, regulated narcotics trade. Here, Prez steps into the classroom looking for redemption but quickly has his do-gooder fantasies shattered by a self-serving bureaucracy that makes it nearly impossible for even the most promising kids to avoid the vortex of drugs and violence.

The stories of four such boys (played by the remarkable Maestro Harrell, Jermaine Crawford, Tristan Wilds and Julito McCullum) form a nexus for a number of engrossing plot threads involving characters from years past: Baby-faced city councilman Tommy Carcetti (Aidan Gillen) stages a quixotic campaign to become Baltimore’s first white mayor in a generation; the ruthless Marlo Stanfield (Jamie Hector) consolidates his grip on the drug trade now that the rival Barksdale gang is history; and detective Lester Freamon (Clarke Peters) tries to figure out how Stanfield expands his empire without leaving the streets full of bodies. In interviews, Simon and his creative partner, Ed Burns (a retired Baltimore police officer), have made it clear that many plots and characters are composites of real-life people and events. The Wire’s air of authenticity can be harrowing, yet it’s inspiring. The series’s most compelling characters are men and women who know how fucked-up the system is yet refuse to surrender to cynicism, even if that means enraging and alienating their spouses and children. As in life, the good guys often lose, and the victories that come are frequently small. But over time, the little wins add up and coalesce into the kind of leading by example that can eventually change the world. It’s a theme found in the muckraking detective fiction of Richard Price and George Pelecanos, whose contributions to the series (along with those of Mystic River author Dennis Lehane) have helped make each season richer than the last. The passion that the writers and actors bring to every episode ensures that The Wire never feels like a lecture, but it has a lot to teach us nonetheless.