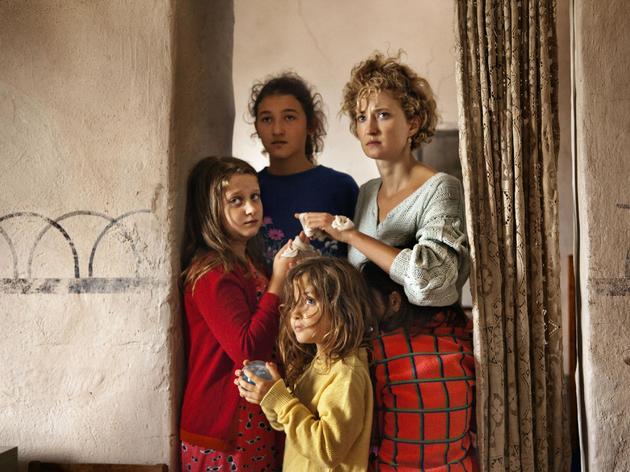 Here’s a lyrical and warm portrait of an unusual family living a scrappy, hand-to-mouth existence in the Italian countryside. It's the second film from Alice Rohrwacher (‘Corpo Celeste’), a personal, intimate riffing on her own childhood, celebrating the wonderful strangeness of families – equally capable of love and destructiveness, happiness and despair, often all at the same time.

You could say this family is stranger than most. Hippy farmers Angelica (Alba Rohrwacher) and her unnamed partner (Sam Louvyck) live with their four daughters and an adult friend, Coco (Sabine Timoteo), in a rundown farmhouse in the scorched Italian countryside – speaking a mix of Italian, German and French. We meet the family at crisis point: money is tighter than ever and the parents are at each other’s throats. To complicate things further, there’s a new addition to the family to deal with, a troubled and near-silent German foster child. Meanwhile, a local TV station is running a bizarre, nostalgic contest called ‘Countryside Wonders’ with a prize for local producers.

The eldest girl, 12-year-old Gelsomina (Alexandra Lungu), feels the pressure to step up, helping her irascible, endlessly stressed father to keep bees and harvest honey. Rohrwacher’s film is at its strongest exploring the everyday experiences of Gelsomina and her family. She and her sisters are terrified of upsetting their father, doing everything they can to avoid sparking one of his rages. Their mother feels the same. ‘When he’s not here, we can breathe, right?’ she says when she takes her daughters to swim in a local lake.

Rohrwacher shoots all this in an easy, keep-on-rolling documentary style. Filming on grainy 16mm, she relies on natural light, and there’s a relaxed everyday intimacy and immediacy to the whole thing, the cast giving apparently effortless performances. This film is less successful when it leans more on plot than life, and the climax, bringing together the story’s two novelties – the foster child and the TV show (with Monica Bellucci playing the presenter) – is less effective than the earlier, more observational episodes. Yet, throughout, Rohrwacher draws us into this unusual world with the ease of someone who knows exactly what they’re talking about, neither judging nor celebrating and, at her best, just looking with tenderness and a winning sense of humour.