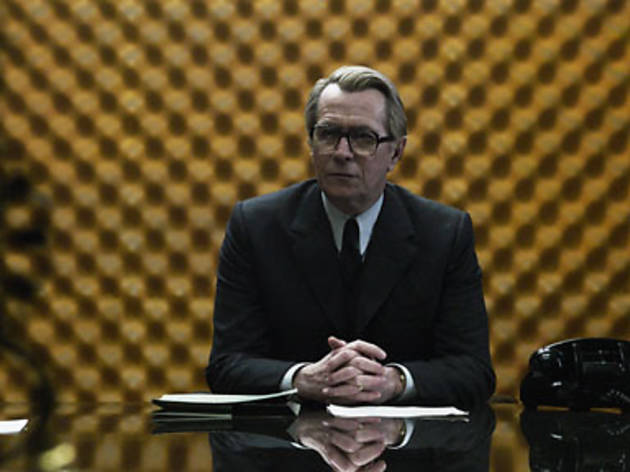 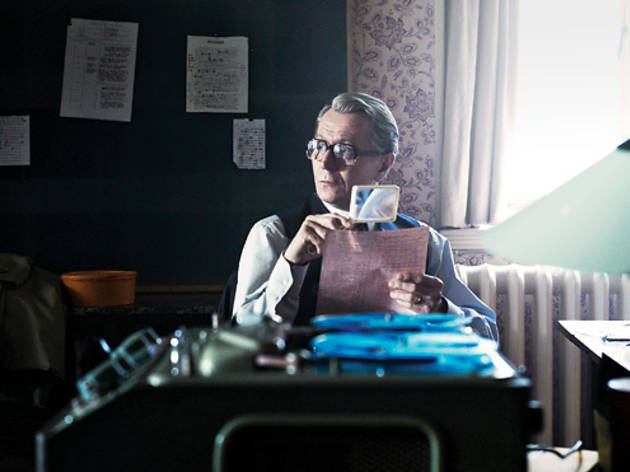 4 out of 5 stars
Any film of John Le Carré’s 1974 Cold War spy novel ‘Tinker Tailor Solider Spy’ has the twin shadows of the book and TV series hanging over it. How to match or surpass the 1979 five-hour version starring Alec Guinness as George Smiley – now played by Gary Oldman, lately much-missed by serious cinema – a British spy so colourless and dissimilar to James Bond that he would fit more comfortably in the tea rooms of a provincial railway station than on a tropical beach or in a Caribbean country club?

Moreover, how to cram so much information about retired, ex-MI6 luminary Smiley’s quiet, mechanical campaign to uncover ‘a mole right at the heart of the Circus’ into a feature-length version while keeping Le Carré’s ample fruity characterisations and wry comments about a changing Britain?

The tale is more or less as Le Carré had it, give or take the odd tweak– Hong Kong becomes Istanbul, for one, and Czechoslovakia is now Hungary. But the gist is still the same. A well-connected civil servant, hushed, conspiratorial Oliver Lacon (Simon McBurney, naturally), recruits Smiley and an assistant, the younger spy Peter Guillam (Benedict Cumberbatch, playing Watson to Smiley’s Sherlock), to decipher which of his ex-colleagues is a high-level spy passing secrets to the Russians. Others are starting to believe what Smiley’s old boss Control (John Hurt) had long suspected before his ousting from the service following a bungled operation by taciturn, hard-as-nails spy Jim Prideaux (Mark Strong) in Budapest: there’s a ‘rotten apple’ at the top of the service.

Swedish director Tomas Alfredson (‘Let the Right One In’) blows a fresh air of continental style into Le Carré’s story without harming the 1970s British period feel of his source material. There’s a touch of ‘The Ipcress File’ to his ‘Tinker Tailor Soldier Spy’ in the way he industrialises the Circus – the service’s Cambridge Circus HQ – by turning interior Portacabin-like structures into soundproof meeting rooms. He does the same by moving Smiley’s Paddington base to what looks like a converted warehouse near Liverpool Street. It all feels a touch more urban. There’s also a dash of Scorsese in the way Alfredson’s camera glides through the story and in some of the striking image and music matches that he chooses, such as cutting a thrilling, concise final montage to Charles Trenet’s ‘La Mer’, sung by Julio Iglesias.

But still this is a world of dusty files, clapped-out caravans and remote prep schools. Oldman’s Smiley – more haggard, sinister and silent than Guinness but with enough of a hint of the great man’s voice to honour his memory – evens pops a Trebor mint into his mouth in the run-up to the film’s big reveal. The new script by Peter Straughan and his late wife Bridget O’Connor (to whom the film is dedicated) is a marvel of wise and respectful adaptation. At times you need your wits about you to keep up with a tangled web of a plot, and prior knowledge of the book or TV series certainly smooths the ride.

Naturally, some episodes from the book and TV series don’t make it into the film, but it’s remarkable how much remains, often secured by a sly glance here or quick image there. Anyone not familiar with the book or series might find the final uncovering of the mole – a door swings open and there he is – underwhelming. But that’s exactly as Le Carré had it. This spy story is all about the journey – the process – and the byways of the route, not the grand finale. This film’s superb cast, script and direction threaten to make that journey equally as thrilling as Le Carré’s book.