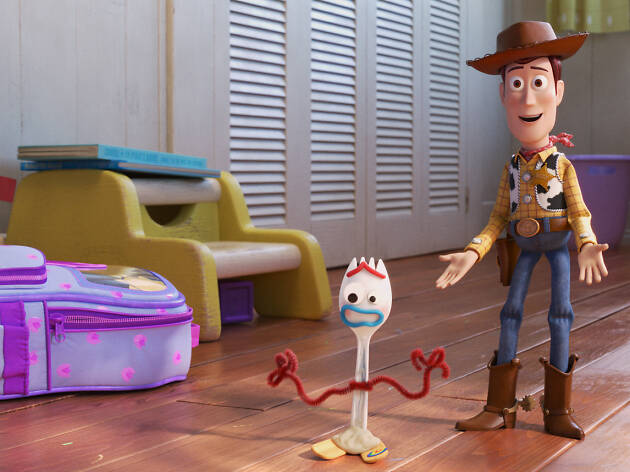 Pixar extends its glorious trilogy with another witty, emotional chapter.

Turns out, Pixar’s sentient toys can still make us cry: Nearly 25 years after their cinematic debut, the sweetly selfless plastic pals return in a fourth ‘Toy Story’, one charged by the animated series’ thematic essence of finding purpose in being useful to others. It’s a hopeful, immensely human chapter that echoes and extends the franchise’s complex notions of loyalty, displacement and self-worth, doing so with humour and warmth.

Working from a script by Andrew Stanton and Stephany Folsom (as well as six other story contributors, including the ousted ex-Pixar chief John Lasseter), director Josh Cooley successfully balances all these elements – a noteworthy achievement considering the large cowboy boots he had to fill after the epic yet nuanced ‘Toy Story 3’, one of Pixar’s more perfect achievements. The reliable company of old friends certainly helps. Now happily living with a new kid, Bonnie (voiced by Madeleine McGraw), Tom Hanks’s pull-string pardner Woody, Tim Allen’s devoted Buzz Lightyear, Joan Cusack’s feisty Jesse and the rest of the gang are back. New to the clan is Forky (Tony Hale of ‘Veep’, adding nervy personality and genuine weirdness), an existentially confused spork with low self-esteem that the ever-imaginative Bonnie creates as a kindergarten craft project.

Convinced of his status as trash (an unusually raw class dilemma for a Pixar movie), Forky get a crash course on his toyness from Woody, himself thrown by a life crisis resembling that of a retiree. Bonnie has moved on to other favourite dolls, so the sheriff eagerly makes Forky his new project, pledging to protect him during a family trip. Complicating matters on the road is Woody’s old flame Bo Peep (Annie Potts), now a free-spirited, self-sufficient ‘lost toy’. Their old feelings rekindle when they set off on a rescue mission to reclaim Forky from Christina Hendricks’ Gabby Gabby, a creepily defective antique doll plotting a scheme of her own. Also included in the crowded landscape – a touch too elaborate for little ones – is Keanu Reeves’s scene-stealing, endearingly pompous Duke Caboom, a Canadian daredevil bike racer, plus Keegan Michael-Key and Jordan Peele’s Ducky and Bunny, a bickering, conjoined pair of fairground prize toys.

Occasionally too busy and loose with its logical rigor, ‘Toy Story 4’ doesn’t quite connect all the dots. Still, the film earns a distinct spot in the chain, foregrounding Bob Pauley’s pristinely lit production design, one that showcases a kaleidoscopic carnival and a dusty antique shop swarming with hilariously nightmarish ventriloquist dummies. In true Pixar style, there are several superbly kinetic set pieces that could educate a number of jumbled superhero films on the art of coherent action. But its overall frankness is what justifies its existence. Striking notes of sacrifice and the need to pivot at life’s crucial moments, the new film brings Woody’s journey full circle. These movies were always about more than a chest of playthings. Now they feel complete.