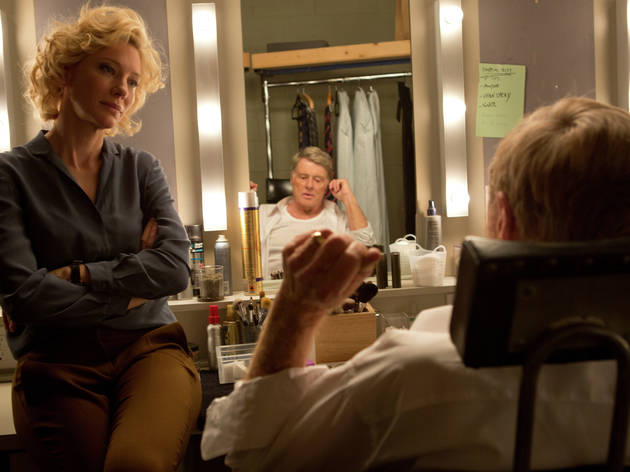 This old-school crusading-journo drama from screenwriter-turned-debut-director James Vanderbilt has been sold as the sad tale of how, in 2004, beloved CBS news anchor Dan Rather (Robert Redford) was brought low when his '60 Minutes' show ran a story on then-President George W Bush's dubious record of military service, and was hounded out of the profession by right-wing bloggers and the Murdoch press. There's an irony here, because this isn't the film's plot at all. Instead, 'Truth' concerns the far more interesting story of Mary Mapes (Cate Blanchett), the reporter and producer who broke the Abu Ghraib story, went for a second bite at Bush and subsequently had her career shredded by a cowardly media in deference to the vested interests of rich white men.

The first two thirds are a fast-paced, wordy account of how Mapes and her crack team – including Dennis Quaid's crotchety ex-military man, Topher Grace's firebrand reporter and Elizabeth Moss's upstanding (and sadly underused) ethics expert – went about proving the facts of their case: that Bush had received preferential treatment to avoid the draft to Vietnam, and that he'd gone awol from his national guard duties for as much as a year. It's watchable if slightly traditional stuff: lots of heated phone calls and pressure from the CBS higher-ups, late-night drinking sessions and Chinese takeaway boxes in the office. The bond between Rather and Mapes is awkwardly sketched, her backstory shoehorned in to make a trite point about fathers and daughters.

But then, in the closing act, the film sharpens and becomes something far more compelling, as Mapes is grilled, Salem witchhunt-like, by CBS's hastily convened cover-our-asses legal panel, but refuses to buckle. Having kept it clipped and schoolmarmish thus far, Blanchett comes out screaming in the finale, the supporting cast dropping away until the film becomes essentially a one-woman show. It's a spectacular strategy shift on director Vanderbilt's part – we suspect he may have written the script while channel-surfing between 'All the President's Men' and 'The Passion of Joan of Arc' – and a golden gift for Blanchett. And it transforms 'Truth' from a punchy but familiar hacks-on-the-run drama into something far more graceful, timely and memorable.