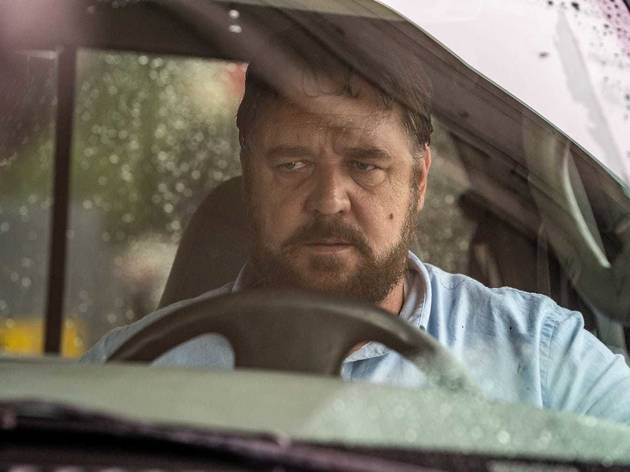 This road-rage thriller sees Russell Crowe following in a long line of A-listers who have taken a surprise career detour to explore the dark side. Unlike with the obvious expectation-subverters – Denzel Washington in Training Day, Tom Cruise in Collateral and the capo di tutti capi of the bunch, Hollywood golden boy turned hollowed-out gunslinger Henry Fonda in Once Upon a Time in the West – Crowe’s enjoyably OTT performance as a seething maniac is poorly served by the workmanlike plot mechanics that unfold around it. Juicy as it is, it’s the only story in an otherwise by-the-numbers B-movie that makes for a fun but deeply forgettable watch.

Crowe’s turn as a neo-Nazi skinhead in 1992’s Romper Stomper came long before he hit the big time, but he’s clearly having a blast going back to those violent indie roots as Unhinged’s antagonist, an embittered divorcee known only as ‘The Man’. With a Southern twang and more than the hint of middle-age girth, hunched sweatily over the wheel of a colossal pick-up truck, he huffs and puffs like a demonic Honey Monster. We meet him casually torching his ex-wife’s house – with this ex-wife still in it – and guzzling fistfuls of pills behind the wheel. If you work for the DVLA, it will give you palpitations.

Psychotic bona fides established, screenwriter Carl Ellsworth’s (Red Eye) script plunges us into the frazzled domestic world of his soon-to-be-next victim: Caren Pistorius’s beauty therapist, Rachel. She’s also dealing with a painful divorce, has her slacker brother and his girlfriend crashing at her house, and is running late both for her son’s (Gabriel Bateman) school run and an appointment with her biggest client. Everyone’s blood pressure is in the red when Caren’s battered Volvo pulls up behind The Man’s idling truck and she honks her horn at him. When she slaps away the chance to apologise, the stage is set for a Duel-like showdown.

While Unhinged offers shades of the modern-life-is-rubbish misanthropy of Falling Down, especially during an opening credits montage filled with TV news reports of road rage, the social critique soon takes a back seat to bursts of bloody mayhem. It’s unfortunate that the stresses of commuting are the probably the only thing humanity isn’t fulminating over at the moment (those self-consciously zeitgeisty credits feel almost nostalgic), although the depiction of wounded masculinity gone feral does give the psychopath/victim dynamic a faintly topical edge.

Pistorius does a solid job as the fraying Rachel – although the character’s hapless decision-making will toy with your sympathies at times – and director Derrick Borte ensures the pacing never lags, but narrative ingenuity is in short supply here. Unhinged throws in one intriguing moral dilemma when Rachel is forced to pick The Man’s next victim, leaving her briefly tempted to offer him the client who just fired her, and then it swiftly throws it out again. It’s a shame because Crowe’s satisfyingly nasty turn deserves a bit more brains to go with the brawn.

In UK cinemas now. Out in US theaters from Aug 21.