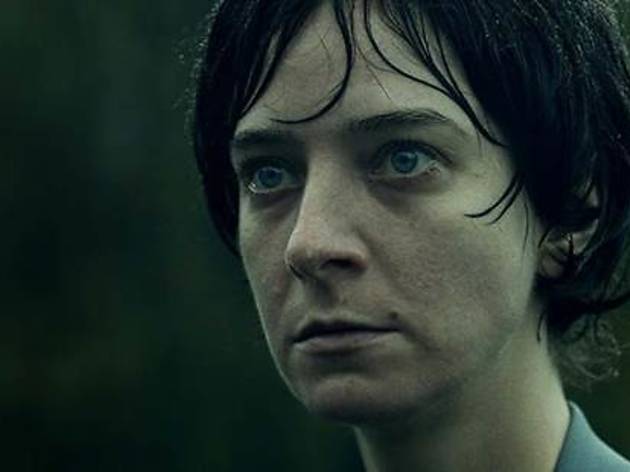 Fancy human bone in your ice cream? This rape-revenge horror is anything but vanilla

That night by the fire. Wine, giggles – then what happened? He seemed sweet. She knew him well. It must have been a drunken slip-up. And just like that, rape-revenge horror Violation dexterously exaggerates and exposes your prejudices before summarily dismantling them. The aftermath is unforgettably brutal.

You actually see the act of revenge before you see what triggered it; the two events are woven together in a muddle of memory. This daring and disturbing debut, by Canadian directing duo Madeleine Sims-Fewer and Dusty Mancinelli, cuts back and forth between the night of trauma and the subsequent dismemberment, exsanguination and burning of the perpetrator. Perhaps that’s why you didn’t necessarily side with Miriam (played by Sims-Fewer, fantastically physical and ambiguous) in the first place.

There is little plot to follow, instead a complex jumble of flashbacks – you’re processing that night just as she is. Miriam and husband Caleb (Obi Abili) were visiting her younger sister Greta (Anna Maguire) and brother-in-law Dylan (Jesse LaVercombe). The former relationship is tired; the latter fizzes with sexual energy. But then, one night, Miriam and Dylan – long-time friends – teeter on the edge of something else too.

While the rape scene is suggestive rather than explicit, the ensuing violence is anything but. The attacker is stripped, beaten and strung up – a rare reversal of horror’s typical gender roles. She even grinds his bones and sprinkles it in ice cream. (A darkly comic Titus Andronicus reference: Titus says he will grind the bones of Chiron and Demetrius to avenge Lavinia’s rape. Here, of course, Miriam is doing the avenging herself.)

The visual treatment is a little more heavy-handed. Surreal, kaleidoscopic shots of the Canadian landscape mirror Miriam’s disintegration. Saturated reds, blues and greens dominate the screen. A spider shrivels, a black wolf gouges into a rabbit. But who turns out to be the wolf here?

The score by Andrea Boccadoro, all wailing strings and howling choirs, is exquisitely taut. It draws out the tension and the tangle of emotions Miriam feels as she swerves from fury to regret to shame after the murder. There’s not much space for other characters to be developed, but this doesn’t feel like an oversight. The repercussions of trauma can be overwhelming. Time and memory blur. Revenge sometimes feels kind of right. You may not sympathise with Miriam, but you certainly understand her.