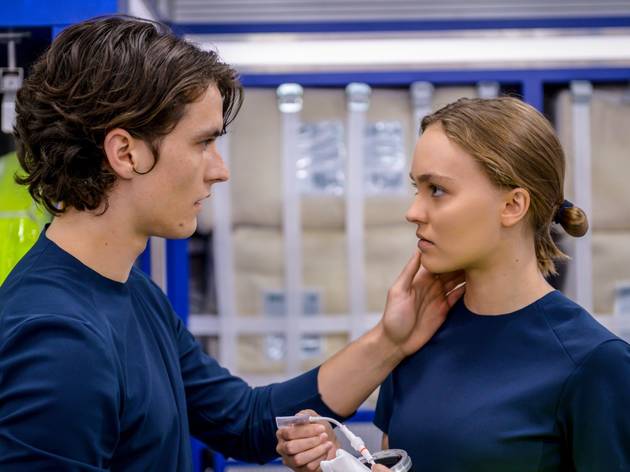 Drugged teens cooped up in a starship that'll take an age to get anywhere. What could go wrong?

‘It’s Lord of the Flies... in SPACE.’ You can hear the elevator pitch for writer-director Neil Burger’s sluggish, unconvincing sci-fi. It mines familiar territory to anyone with a passing knowledge of dystopian futures, a field the director has a track record in, having helmed Hunger Games knock-off Divergent, and steered Bradley Cooper through smart pills thriller Limitless.

You’ve heard the set-up a million times. Humanity has bled Earth dry, and needs a new home to trash. They’ve found a likely candidate across the stars, now they just have to get there. But while many of these movies opt for the hypersleep option, here the twist is that the ship is going to take 80 or so years to get where it’s going. The kids who have been raised in science lab isolation – so as not to get too attached to Mother Earth – will live and die on the starship. Only their children’s children will make it with their youth to spare.

An oddly gawky Colin Farrell plays the substitute dad sent to accompany this next generation. He’s also in charge of overseeing their unwitting duping. Every day, the young guns are fed a blue liquid that drugs them into an emotionless state, effectively rendering them docile workers. They are not permitted sexual urges. The next wave of humanity will be born in test tubes.

This has the unwitting side effect of making the movie a little dull for at least its opening half hour. When these young drones inevitably cotton on and start to rebel, society unravels fast, just like the famous William Golding novel about boys stranded on a desert island. Some of the young actors emerge from their zombie-like drudgery more convincingly than others. The Dancer star Lily Rose-Depp brings some screen presence, as does Ready Player One’s Tye Sheridan.

Surprisingly, it’s Dunkirk actor Fionn Whitehead who lets the side down with a cartoon bad-boy act. Burger’s school of stating-the-bleeding-obvious dialogue doesn’t help, with various clangers crashing like the strange, possibly alien rumbling that wracks the ship. That mystery also deploys a piece of visual misdirection that proves deeply irksome once the truth will out.

Voyagers is not a film blessed with subtlety, especially not when it comes to laughable wild animal montages when the kids go, err, wild. It does, at least, look good – if again working a very recognisable sci-fi cool white and blue palette. If you’re at a loss what to do one night, it’s not the worst idea to get lost in space with this crew, but it never quite takes off.

Out now in Australian cinemas.