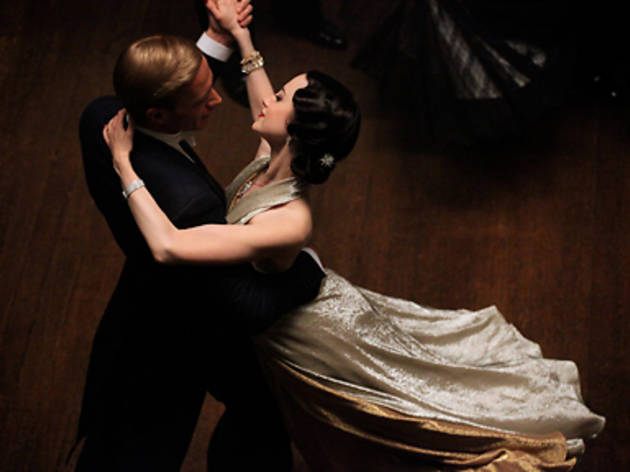 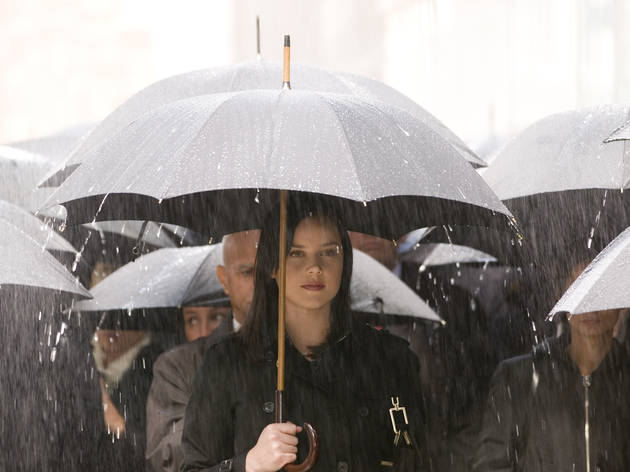 Madonna  has made a weird, brown-nosing and slightly vile movie about American divorcee Wallis Simpson (Andrea Riseborough) and the British royal Edward ‘David’ Windsor (James D’Arcy) who was forced to give up the throne in 1936. Decorous, swirling and time-hopping,‘W.E.’ – Wallis and Edward’s first initials, combined – looks good, wears its clothes well and has a rhythm free of fustiness. But it also has all the credibility of a fan stamping their feet and insisting their idol be understood.

Alongside a whirl of parties, romance and intrigue in the 1930s and surrounding years, Madonna and co-writer Alek Keshishian give us the parallel tale of Wally (Abbie Cornish) and William (Richard Coyle), a wealthy couple in New York in the late 1990s, the time of an auction of Simpson’s affairs at Sotheby’s. Again, she’s American and he’s British, and William’s violence and philandering cause her to seek solace in dreams of Wallis and an attraction to a Rilke-reading security guard at the auction house. It’s all about true love winning out in the end and women taking control of their lives – and to stress the parallels and how relevant Wallis is to our world today we get creepy scenes of Wallis cuddling up to Wally as the two time periods meet.

Madonna gives Wallis near-supernatural powers of beauty, style, understanding and resilience. But Wallis makes for a woefully ill-conceived feminist heroine. All the gliding cameras, outré music choices and dissolves from past to present can’t disguise Madonna’s own distracting obsession with her subject, which means she never makes a satisfactory case for why Wallis should fascinate anyone else. Riseborough’s acting offers total commitment in the face of lunacy, but it’s a shame she’s flapping around in a film with such a terrible script and warped sense of purpose.

Director:
Madonna
Cast:
Oscar Isaac
Andrea Riseborough
James D’Arcy
Abbie Cornish
You may also like
Popular movies
We know this city. Do you?