Won't You Be My Neighbor? 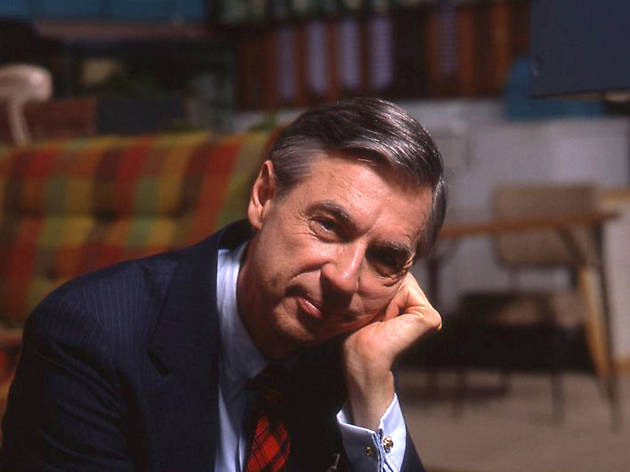 Morgan Neville’s doc about Fred Rogers is a worthy tribute to a beloved and inspiring TV hero.

With its focus on Fred Rogers, the children’s television host who extolled the virtues of positivity, ‘Won’t You Be My Neighbor?’ is undeniably well timed. It doesn’t have to strain at all for immediate relevance. Early in Morgan Neville’s heartfelt, moving documentary, we see scenes from one of the first episodes of Misterogers’ ‘Neighborhood’ (as it was spelled at the time) in which puppet character King Friday XIII builds a wall to keep out those he finds undesirable, before kindness brings it down again. This segment of low-budget ’60s TV carries a message we need now more than ever.

If it seems egregious to approach Rogers and his show with a political reading, ‘Won’t You Be My Neighbor?’ may surprise even those who grew up watching the series, with its revelation of the many world events and concerns it addressed. In his gentle, empathetic way, Rogers helped little ones deal with everything from Vietnam to 9/11. After Robert Kennedy was gunned down, one puppet’s plea for a definition of ‘assassination’ was compassionately answered. Rogers was devoted to the innocence of childhood, but he also knew there was no way to shield kids from the ugliness of the adult world. He offered a calm, reassuring buffer to it.

Neville shone a spotlight on under-celebrated talent in his Oscar-winning ‘20 Feet from Stardom’, and here he paints an equally compassionate portrait of one of American popular culture’s most familiar faces. Through interviews with those who knew Rogers (and vintage on-screen conversations with the man himself, who died in 2003), along with illuminating behind-the-scenes footage, the director elicits equally positive vibes about his subject, painting a portrait of a man who was every bit as decent and kind as he appeared to his millions of viewers.

‘Won’t You Be My Neighbor?’ stops short of hagiography, occasionally disclosing Rogers’ foibles and contradictions. He invited an African-American co-star to share a wading pool with him on camera at a time when black people were being forced out of public swimming pools, though when that same actor was spotted at a gay nightclub, Rogers advised him not to show his face there. He was only human, after all, and the great achievement of his life was that he let countless kids know it was okay to be only human – to be their own, special selves. ‘Won’t You Be My Neighbor?’ will resonate deeply with anyone who remembers Rogers befriending them from the small screen while touching any viewer who can respond to the universality of his message.