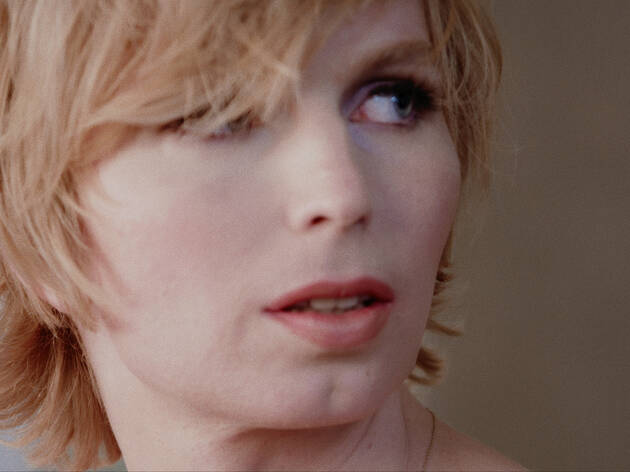 Bradley Manning was a 22-year-old junior intelligence analyst in the US army when he sent WikiLeaks 750,000 classified documents, some of them on a disc disguised as a Lady Gaga CD. His ensuing trial saw him sentenced to 35 years in jail, swerving a death sentence. Then Manning revealed he was transitioning…

This doc picks up the story as Chelsea Manning is released after seven years in jail, her sentence commuted by Barack Obama. It’s a sensitive look at a badly damaged young woman, who is trying to simultaneously cope with freedom, a new identity and massive media attention. To her champions, Manning is a new Joan of Arc, a woman who has sacrificed her life and mental health for what she believes in. To her trolling, spittle-flecked enemies, this ‘man, woman, whatever’ should be shot. Or hanged. Or something equally associated with extremist regimes (in 2012, the UN ruled that Manning’s treatment by the US authorities while awaiting trial had been ‘cruel, inhuman and degrading’).

If the film never quite gets beneath the skin of its subject, that’s probably because it feels Manning has suffered enough, but that leaves you with so many questions. How did someone so young and so manifestly psychologically unsuited to the military, and who admits that she enlisted ‘on a whim’, make it through basic training, get posted to Baghdad, and then get access to literally millions of secret files, including the infamous ‘Collateral Murder’ video?

Manning herself is intriguing and frustrating in equal measure. It’s hard to tell if her schtick is just self-defence, or some kind of weird attempt to manipulate her situation. ‘Where did your story start?’ asks director Tim Travers Hawkins. ‘What story?’ she replies. She talks clothes, make-up and ‘freedom’ (flying birds, splashing streams), but an onstage Q&A with a journalist turns very fraught, very quickly. You wonder if any of what she’s doing – including this film – is a good idea, her principles notwithstanding.

By focusing so narrowly on Manning (especially her transitioning), ‘XY Chelsea’ fails to address how a country as paranoid as the United States can basically leave its dirty state secrets just lying around, then find an almost parodically ‘un-American’ scapegoat to blame it all on. But that’s a whole other film.