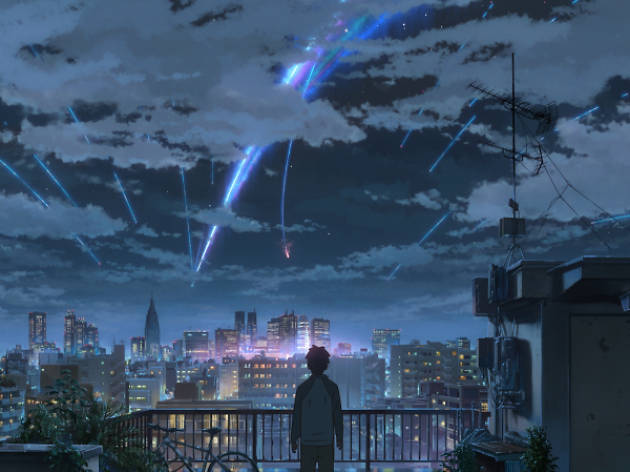 If you’re a fan of Japanese animation house Studio Ghibli, don’t miss this staggeringly beautiful film by rising-star director Makoto Shinkai (who’s already being called ‘the new Miyazaki’). ‘Your Name’ – Japan’s highest grossing film of 2016 – is a sci-fi fantasy with an apocalyptic sting in its tail.

It follows two teenagers who have never met. Mitsuha lives with her family in a sleepy village. Taki is a schoolboy in Tokyo. Both start having strange dreams in which they live for a day in each other’s bodies. Slowly it dawns on them, this is for real: they are actually swapping bodies, which throws up all sorts of sitcom-ish situations (when Taki wakes up as a girl he can’t stop touching his boobs). The two leave notes on their smartphones, but when they wake up the next morning, they can’t remember the other’s name.

There have been a gazillion body-switch movies – ‘Freaky Friday’ and ‘Big’ for starters – but director Shinkai says his main inspiration was a twelfth-century Japanese story about a brother and sister. Some of the comedy drags a bit, but I had a lump in my throat watching the exquisite animation, which turns nature into a string of miracles – water on a lake dazzling like liquid diamonds. The hyper-real cityscapes in the Tokyo bits are so convincing that the real-life settings have become tourist attractions.

There is a streak of dystopian danger in the second half, as a natural disaster threatens Mitsuha’s town. By this time, Taki and Mitsuha know each other inside-out – but they still they haven’t met. This relationship is perhaps a metaphor for first love, the experience of melting into another person, losing your identity. The aching loveliness of it reminded me of poet John Keats’s love letters to Fanny Brawne: ‘Love is my religion. I could die for that. I could die for you.’ What a thing of beauty this film is.