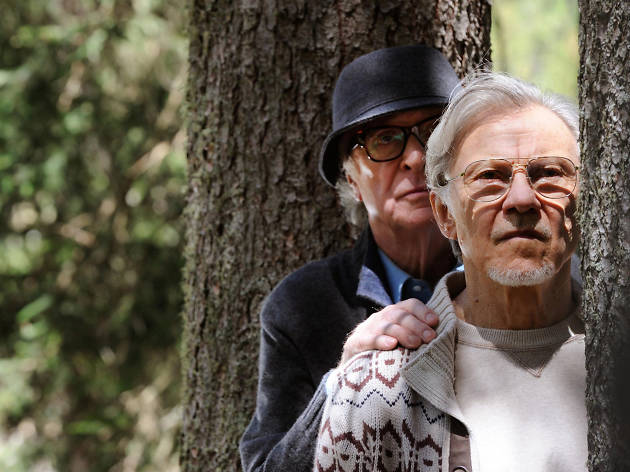 The ring of truth sounds quietly, and sometimes not at all, in Paolo Sorrentino's 'Youth', the Italian auteur's occasionally dazzling but low-key and rambling follow-up to 2013's 'The Great Beauty'.

It's his second English-language film after 2009's 'This Must Be The Place', and this is a similarly unsure work, lacking the coherent power and firecracking energy of either 'The Great Beauty' or his biting, grotesque 'Il Divo'. Unsurprisingly for Sorrentino, there's ample visual ballsiness on display – not least when Paloma Faith appears for a crude music-video-within-the-film – but this can feel reckless, tired even, next to the film's often shallow and half-formed observations on ageing, ambition, relationships and the passing of time. There are still great moments, though, when Sorrentino displays his circus ringmaster's knack for a certain deadpan, weird beauty.

Partly, the languidness come with the territory: 'Youth' is set in an Alpine hotel, a luxury retreat and a theatre for Sorrentino to explore lost or fading passions. Fred (Michael Caine) is a retired composer and conductor who scoffs at an invitation from the Queen via an equerry (Alex Macqueen) to perform a musical piece one last time (Sorrentino forgetting that royals prefer horses to Holst). Meanwhile, his fellow guest and friend Mick (Harvey Keitel) is a film director holed up in a hotel room with younger colleagues trying to complete a script – that's until Jane Fonda turns up to deliver a monstrous, unendearing turn as an actress whose truth-telling sucks the last bit of hope out of Mick's ambition.

Elsewhere, Rachel Weisz is grappling with a raft of emotional issues as Fred's daughter and the wife of Mick's arrogant son, while Paul Dano is a young actor unhappy with his reputation for playing a robot in the movies; in one scene, he appears dressed and styled as Hitler. The more the film leans towards commenting on moviemaking itself, though, the least successful it is: the scriptwriting scenes with Keitel are wince-inducing. The best moments are more obtuse and less literal, such as when Caine conducts a chorus of cowbells or when an obese footballer who looks like Maradona repeatedly kicks a tennis ball into the air.

'Youth' is less a carnival of movement than some of Sorrentino's films, and while's there's ample music, it's more quiet and plaintive. Visually, it's never less than arresting. Gently amusing, too, is the relationship between Keitel and Caine, even if the dialogue Sorrentino writes for them too often displays a fondness for empty epigrams. It diverts more than it delights.