A brief history of grime

The story of London’s greatest ever music scene, from its origins to world domination

Grime’s easy to dismiss. When its first mutoid beats started booming their way out of east London council estates in the early noughties, it sounded like alien music. The lyrics were in a language that most of us didn’t understand. When Dizzee Rascal shouted at you to ‘Fix up, look sharp’, you thought: ‘What’s he fixing? And I hope he’s careful with that sharp thing!’ Grime is something you can listen to and think: Bit shouty. Don’t like it. Not for me.

But that would be to miss the point. Grime is, in fact, the greatest music our city has ever, ever produced. Sod punk. Sod jungle. Sod The Kinks and their soppy odes to bridge-based astronomy. There’s one key thing that makes grime more important than any other music from London, and that’s that it’s about much, much more than just music.

It’s about community. Before a small-ish crew of Londoners struggling on the fringes of society decided to get together and talk about what their life was like, a huge section of London (and British) life was just glossed over by the mainstream. Now, a previously mute generation of Londoners has a voice. It has role models whose appeal is so global that people in Japan know what ‘wa gwan’ means. Grime has taken root on the streets of our multicultural urban sprawl and told the world its story. It has changed the face of our city, our country and the world.

And it’s done it on its own terms. When scene founder Wiley was first invited on Tim Westwood’s Radio 1 show – a make-or-break moment for his career – he turned up with two 16-year-olds that he insisted also be given mic time (one of whom you may know as Chipmunk). Its originators haven’t sold it off to major labels (despite Dizzee Rascal’s best attempts to embarrass them by kowtowing to Shakira). The police tried to oppress it – they fought it. Tory politicians tried to condemn it – they made them look stupid in the press. Grime is played at student protests. It is the twenty-first century’s punk. It is our ‘Fuck Tha Police’.

And it’s not a bad listen, either. From the sharp, witty lyricism of Skepta lines like ‘I’m still alive (just like Tupac)’ to (old-school) Dizzee Rascal’s poignant summaries of frustrated urban youth (‘You can look at my face and see the pain in my eyes/Tears ready to fall like the rain in the sky’), it’s packed with astonishing writing. And, what’s more, it’s always evolving. Every night on radio stations like Rinse FM, you can hear it shifting, as people pick up the mic and demo their latest lyrics. If you listen, you’ll notice something: they want you to be part of it. To tweet to them. To let them bring you into their world. Because this is much more than music. It’s a community. It’s the voice of a generation. It is the sound of London. And here’s how it happened. Welcome to the grimeline…

An east London garage super-crew, Pay As U Go Cartel, split up in the aftermath of their single ‘Champagne Dance’ reaching the Top 20. Two of their producers, Geeneus and Slimzee, concentrate on their pirate radio station, Rinse FM. Meanwhile, another member, Wiley, heads off to tinker with beats and ends up inventing grime with an instrumental track called ‘Eskimo’.

2003
Grime gets its own version of MTV

It’s not just the songs that grime fans can’t get enough of: it’s also the low-budget videos. Cue satellite music TV station Channel U, which quickly becomes one of the best places to discover new grime music.

At this point, Dizzee Rascal is living on an estate in Bow. However, his astonishing major label debut, ‘Boy in Da Corner’ so impresses the Mercury panel that they hand this skinny teen a £20,000 cheque. Suddenly, music-label fat cats are feverishly stalking the streets of E3.

The site of some of the most legendary grime battles ever known? Someone’s mum’s basement. Specifically, Leytonstone’s MC Jammer. He hosts Lord of the Mics – a series of legendary rap battles between the scene’s biggest names, including Kano, Wiley, Skepta and Bashy.

Punk? Pfft. By 2004, grime has its own tear-the-club-up anthem in the form of Lethal Bizzle’s ‘Forward Riddim’, better known as ‘Pow!’. Not only is it the first grime single to break the UK Top 20, but it makes headlines after the moshpits it provokes see club owners put up signs to DJs saying: ‘Do not play “Pow!”’

For the last three years, Rinse FM has been one of the go-to places for grime MCs to get on the mic. A little too much so for the liking of the authorities, who give DJ Slimzee an Asbo, banning him from being on the roof of any building in Tower Hamlets more than four storeys high. Rinse continues to broadcast (legally), and these days, Slimzee does the occasional show with Wiley. 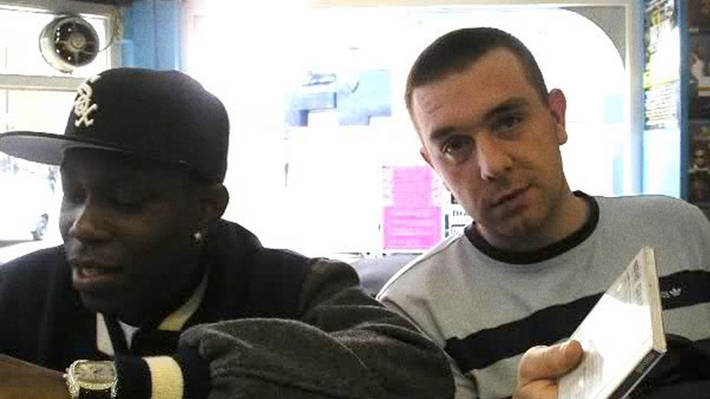 Dizzee Rascal and Slimzee circa 2005

2006
David Cameron has a beef with Lethal Bizzle

By now, grime is such a vibrant social movement that it’s even reached the ears of the leader of the Tory party (still a few years off being elected prime minister). He criticises Tim Westwood for playing lyrics with violent content, so the Guardian gives Lethal Bizzle a column entitled ‘David Cameron Is a Donut.’ Astonishingly, Cameron shoots back with a whole article in the Mail on Sunday called ‘You’re Talking Rubbish, Lethal Bizzle’. 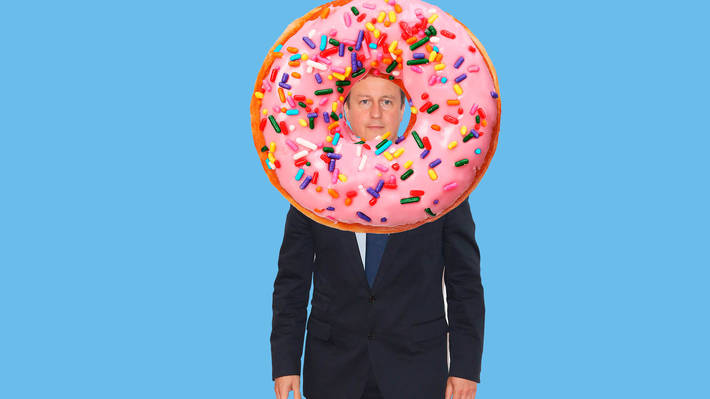 2010
Wiley gets fed up with the whole album thing

Frustrated at dealing with his label, Wiley decides he doesn’t need this: he invented grime! So instead of releasing his expected album, he drops 203 tunes on Twitter then spends days at a time broadcasting his entire life via Ustream as part of a boundary-pushing and incredibly entertaining artistic experiment. Big up.

2012
Grime gets its first political appointment

South London MC Novelist, then 15 years old, decides to run for election as Young Mayor of Lewisham. His popularity among the youth sees him bag the position of deputy.

2014
Skepta throws his Gucci clobber in the bin, reinvents grime and wins a Mobo

Skepta puts out a big musical ‘fuck you’ to the mainstream, with ‘That’s Not Me’ , in which he announces that he’s done with the bling lifestyle. Its deliberately low-budget video (it cost just 80 quid) duly wins a Mobo. ‘Grime,’ he seems to be saying, ‘is now for the masses!’

When Kanye West performs ‘All Day’ at the Brits, he unexpectedly brings a 40-person tracksuited mafia of London grime artists on to the stage. Is he exploiting grime? Is he boosting its profile? Either way, it shows that the genre has some serious fans across the Pond.

Back in the day, grime artists tried desperately to get cred by being acknowledged by North American artists. When, in February, Drake instagrams ‘the first Canadian signed to BBK’, the internet goes mental. ‘Finally!’ they squeal, ‘they’ve come to us for credibility. The roles are reversed!’ Grime’s journey to global mega-ness is complete.

The first Canadian signed to BBK. Big up my brudda @skeptagram for life yeah. And my section gunners too. 🇬🇧

Read an interview with Skepta 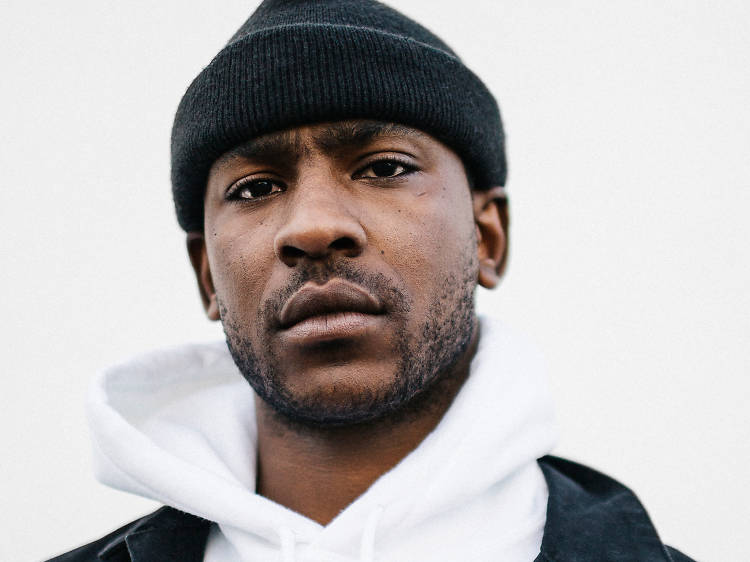 In a very rare interview, the scene-shaping grime hero talks about independence, Drake and how he’ll die happy knowing London has a voice