Beyoncé's 21 best songs of all time

Queen Bey's greatest solo hits, from 'Dangerously in Love' to 'Black is King'

Beyoncé isn't just queen. She's Queen Midas. Everything she touches turns to gold (or, more accurately, platimum). Since she debuted with Destiny's Child in the '90s, she's sat atop the charts, crafting some of pop music's best love songs, breakup anthems, odes to friendship and karaoke secret-weapons... provided you dare to try to match her range.

Now, with a new album — the first since 2016's Lemonade — officially in the works, we've taken it upon ourselves to rank Queen Bey's best songs. It's a fool's errand, but the difficulty of the task points to the abundance of classics in the legend's iconic career. For our purposes, we skipped the Destiny's Child era to focus as Bey as a soloist and a collaborator in a career spanning from her breakout Dangerously in Love to her essential Black is King. Hail to the queen. 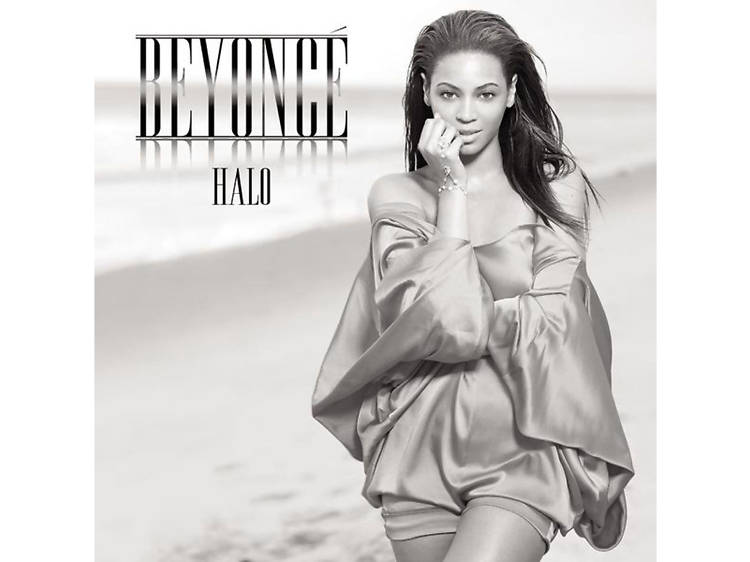 As the crown jewel of I am...Sasha Fierce, Beyoncé’s “Halo” is the strong, feminine, power-pop love ballad that we never knew we needed. Showcasing Beyoncé’s strong voice and expansive range, the song’s powerful hook drives home the theme of all-encompassing love. Rightly, it earned Beyoncé a Grammy for best Female Pop Vocal Performance in 2007.—Aashna Shah 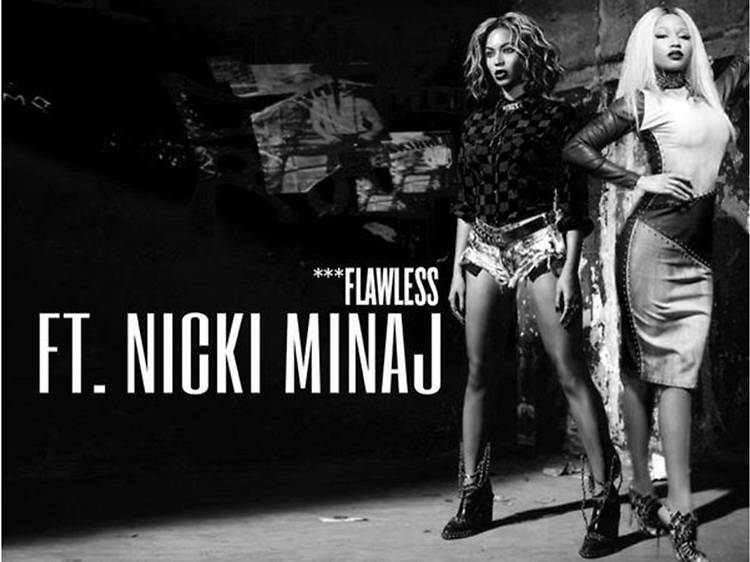 From the Star Search sound bites to Chimamanda Ngozi Adichie’s iconic speech on equality, this feminist-power-packed, self-love anthem is all about celebrating the beauty and strength of yourself and other women. It’s Bey officially breaking out as a feminist force to be reckoned with, and summoning her hive to follow suit. On the remix, we also get Yoncé and Nicki spitting about their assets and accomplishments. Some may consider it borderline cocky (“You can say what you want, I’m the sh*t”), but the queen says it herself: “I want everyone to feel like this.” And let’s be real: You probably know exactly where you were when this digital album dropped, and you’ve woken up "***Flawless" every day since.—Rheanna O'Neil Bellomo 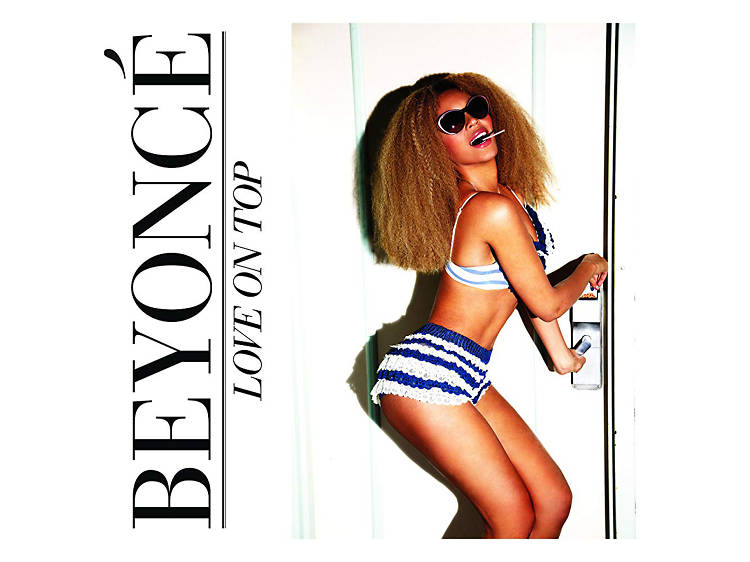 It’s no wonder that Queen Bey used this song to announce her pregnancy at the 2011 MTV Video Music Awards. Showcasing flawless runs on an '80s-style beat, the song is a modern R&B revelation with pop flair that will make you feel the love (on top).—Jake Cohen 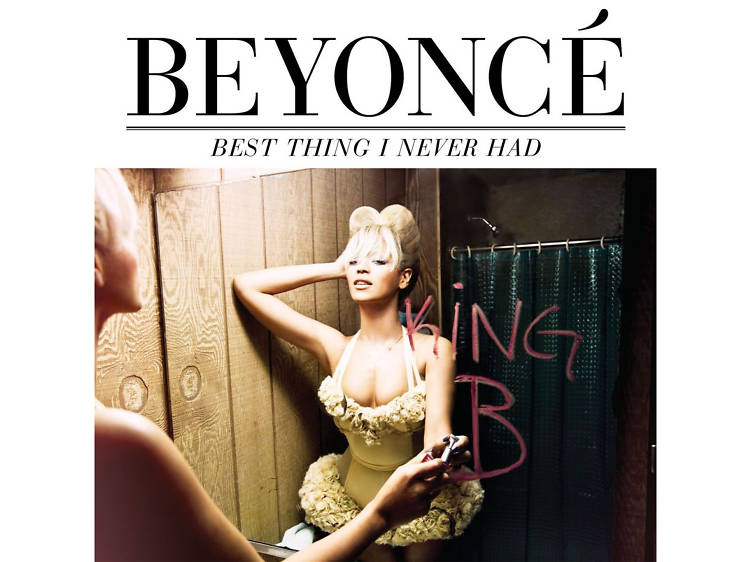 Bey inverts and reclaims this titular woebegone heartbreak trope as only she can, mutating it into a defiant takedown of an unworthy lover. She didn't lose the best thing in her life — rather, he's the best loss imaginable. Good riddance! 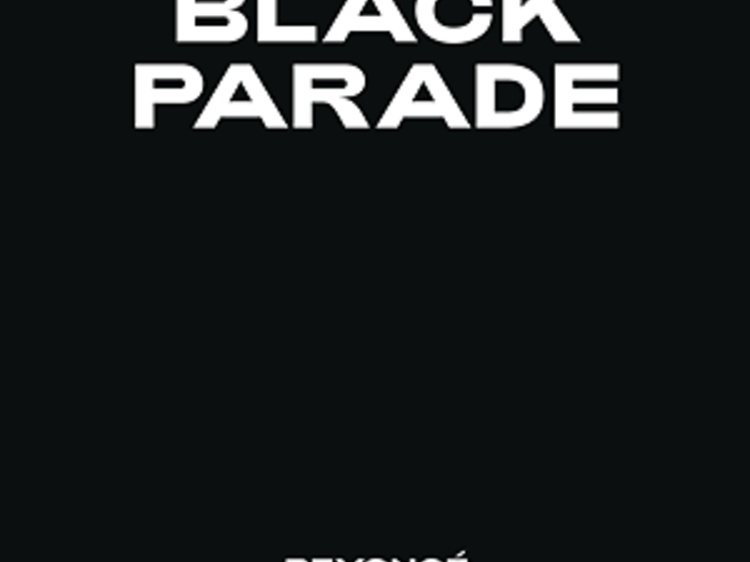 "Black Parade" is Beyoncé at her most stirring and powerful. Released in commemoration of Juneteenth 2020 at a time when BLM protests were at a fever pitch, the song samples generously from across the Black musical diaspora, from trap to gospel, pan-African to electronica. The result is at once deeply personal and universal, and Bey's deserved subsequent Grammy made her the most awarded singer and second-most awarded artist in Grammy history. 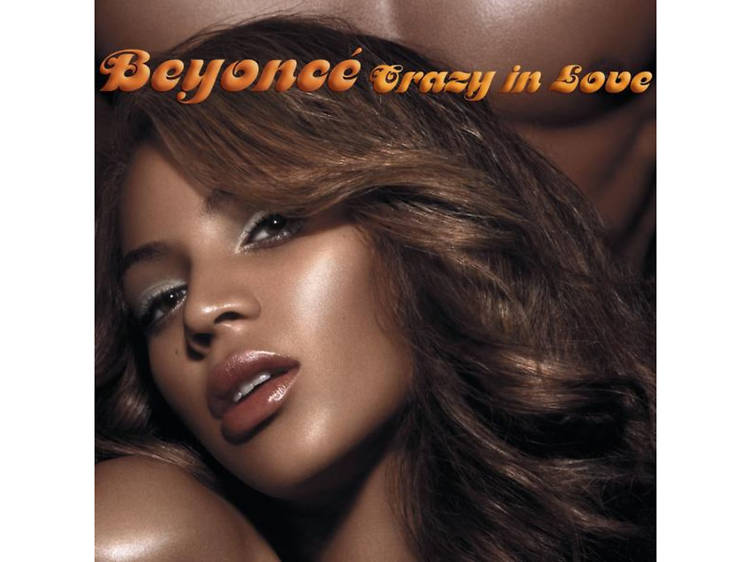 It's not her first collaboration with future husband Jay-Z (that'd be "03 Bonnie and Clyde") but this is the song that cemented their artistic partnership early on. What better introduction for future pop royalty (as Jay says prophetically "history in the making") than a regal brass fanfare that segues into a funky-drummer-esque break beat. —Andrew Frisicano 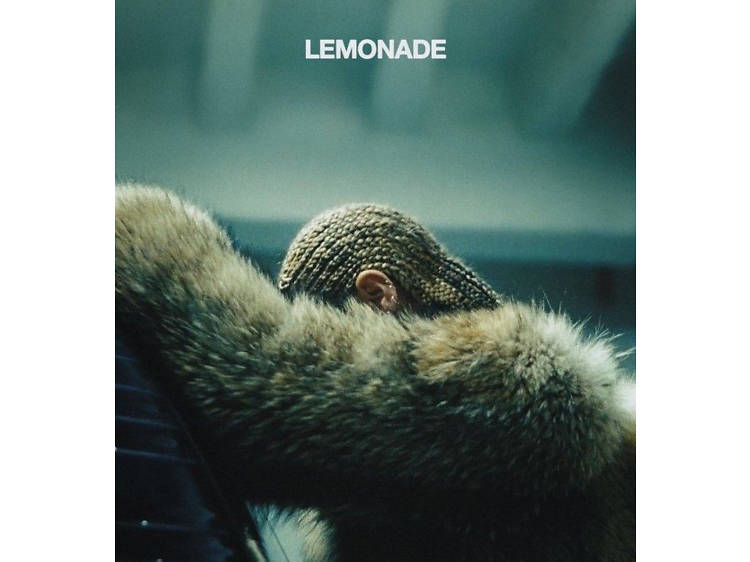 In the last couple of years I vowed to no longer waste any attempts at apologies or reconciliations with people who would never lift a finger to do the same for me. Beyonce's anthem is my inspiration for telling people to fuck off with a smile. —Jillian Anthony 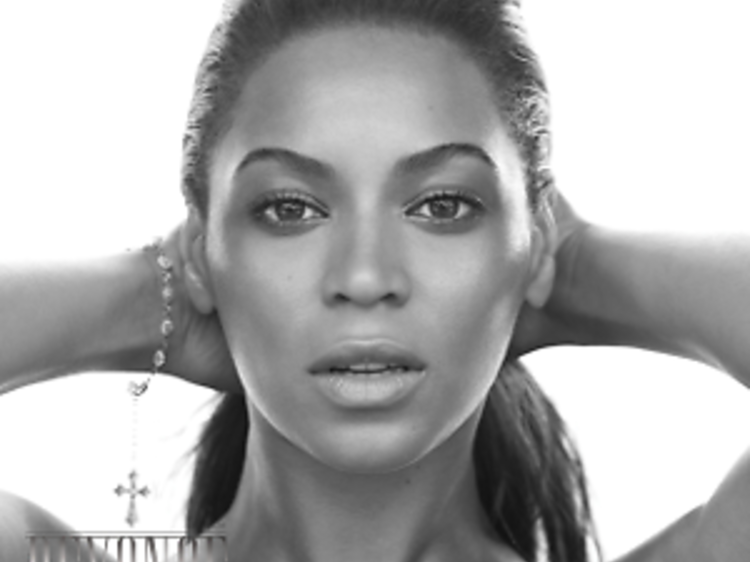 We're loath to say it, but Kanye was right. Beyoncé really did have one of the best videos of all time with this all-timer from Sasha Fierce. (That's probably why she won the VMA Video of the Year Award in 2009, which was presented after 'Ye dickishly interrupted Taylor Swift's Best Female Video win). You know the beat. You know the infectious "oh oh oh." You know the dance. "Single Ladies" has become a part of the pop culture lexicon in a way few songs have: It's a constant on playlists and part of casual conversation 12 years later. Most artists are lucky to become part of pop culture history. Only the best define it. 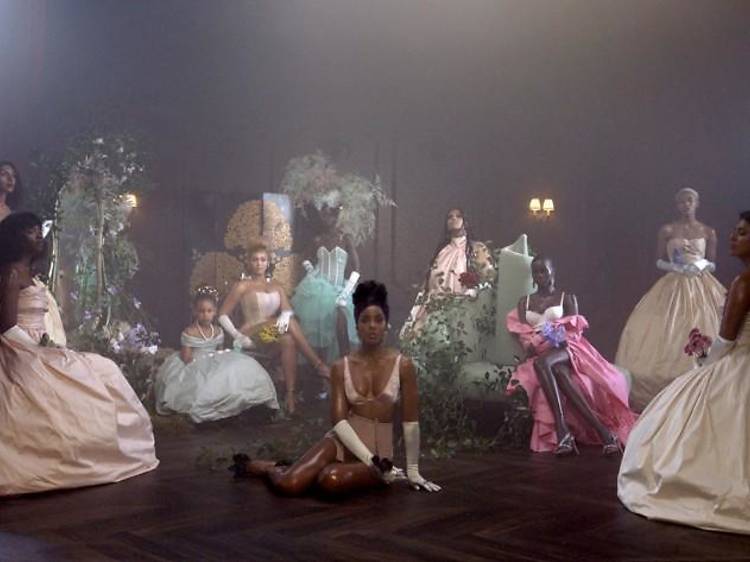 Amid the pandemic lockdown, when the world seemed so, so small, Beyoncé dropped a gift that opened the world up in a huge way: Black is King, a musical film/visual album that arrived just when audiences needed it the most. A celebration of the worldwide African diaspora, the project is full of richly layered compositions and world-class vocals, but Black is King might be at its most powerful with "Brown Skin Girl." Featuring daughter Ivy Blue alongside Nigerian vocalist Wizkid and Guyanese rapper Saint Jhn, the song is a full-throated tribute to women of color, with a compelling polyrhythmic composition laying the backbone for a rich, deeply sentimental and wholly empowering tribute to the beauty of Black. 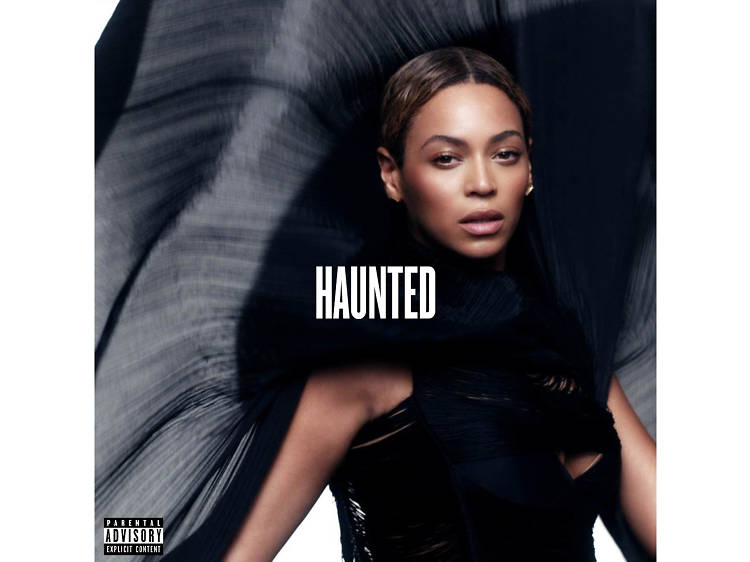 Those who’d imagined Bey over a Burial beat were rewarded with “Haunted,” a dreamlike, slithering track that blends her eerily robotic raps with a crooning vocal loop and murky bass, before transforming into a veritable club dirge. It’s a thrill to see an artist venture to the outskirts of her powers to craft her most darkly sensual song yet. —Courtney Duckworth

Looking for more music to get the blood pumping? 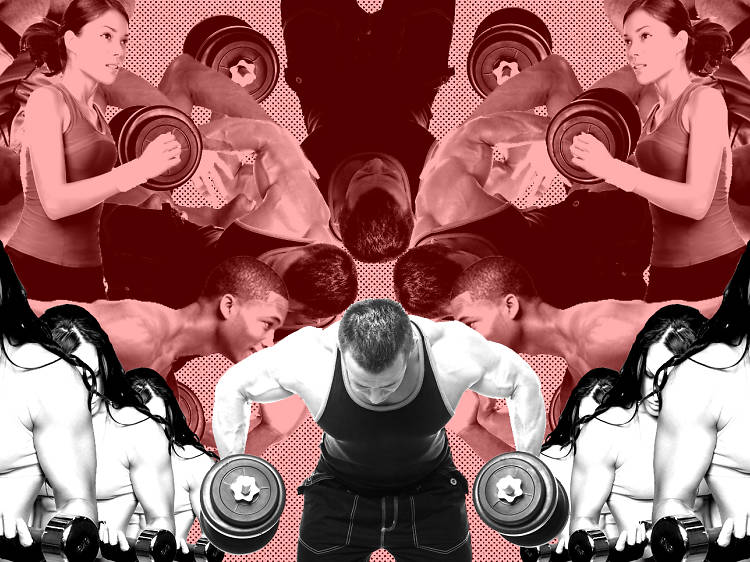 Check out the 50 best workout songs