25 actually great kids’ songs to get your family moving

These are the popular kids’ songs that actually bop

We live in the golden age of kids’ songs. The pop heroes of yesteryear are reimagining their songs as kindie anthems and the magic of streaming means you can find a great version of pretty much any kids’ song out there. Plus, self-released kids’-music maestros are popping out hits that render ‘Ring Around the Rosie’ obsolete.

So, while you may lose a lot of life’s pleasures when you become a parent (sleep being chief among them), you can still have good musical taste and cater to your kids’ playlist. To help you on your way and get the kids moving without making your ears bleed, we’ve assembled 25 surefire hits. They include Disney classics and nursery rhymes, rockers-turned-kindie stars and some lesser-known kid-pop heroes. No need for earplugs: Here are 25 great kids’ songs. 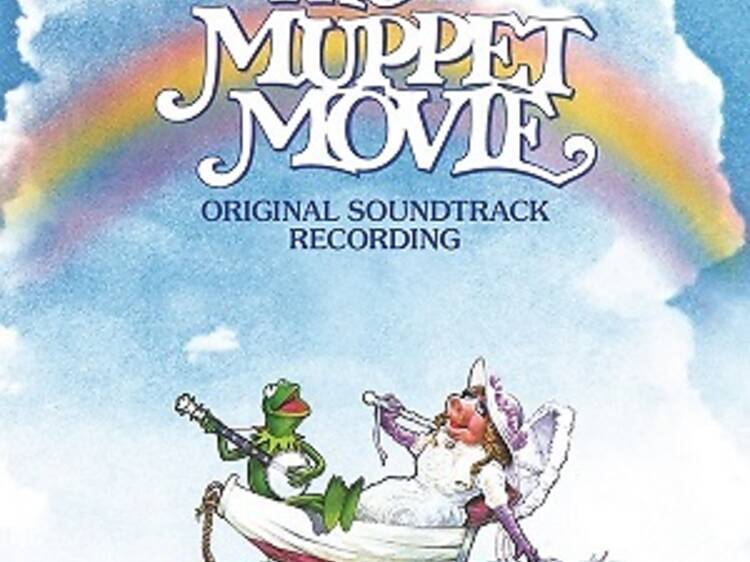 1. ‘The Rainbow Connection’ by Jim Henson

The theme from The Muppet Movie is an all-time great lullaby sung with heart from the mossy swamp. The Muppets entire catalogue is filled with fantastic covers (the Animal-centric ‘Bohemian Rhapsody’ is an all-timer) but nothing compares to the frog’s heartfelt signature jam. And should you somehow get bored with the original version, you can find alternate takes ranging from duets with Miss Piggy and Debbie Harry to covers by Willie Nelson, the Dixie Chicks, Lea Salonga, Less Than Jake, the Carpenters, Kacey Musgraves, Gwen Stefani and dozens more. It's not easy being green, but it's very easy to fall in love with this song. 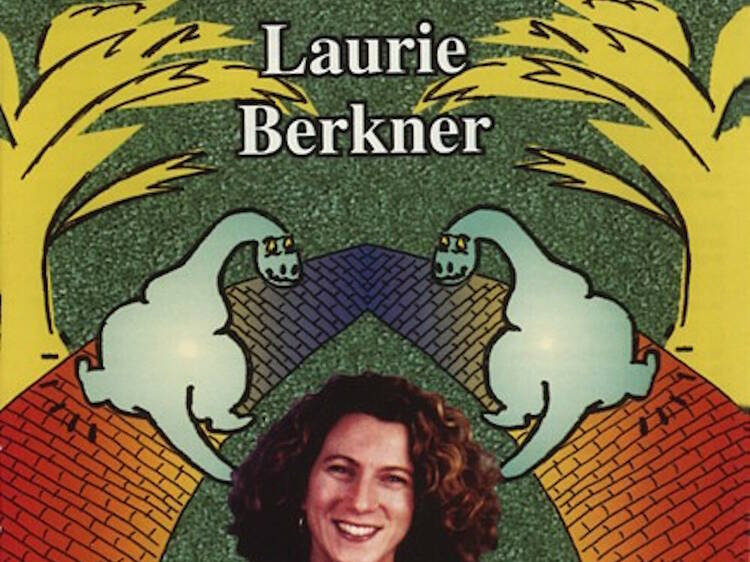 2. ‘We Are the Dinosaurs’ by Laurie Berkner

Laurie Berkner's tune dropped more than 20 years ago, but it doesn't get old. Young kids love the strong beat and the chance to act out the lyrics and pretend to be little dinosaurs; parents like the tune, which holds up even after 20,000 listens. 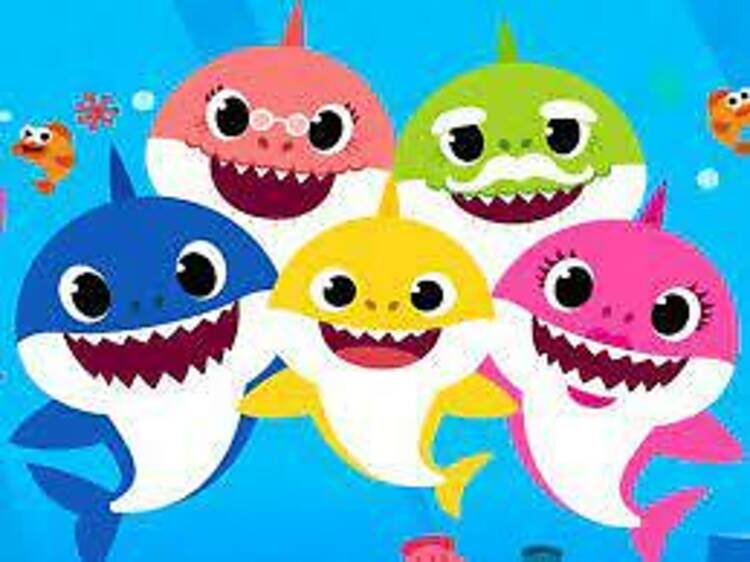 After you come across this catchy tune you can't un-hear it: Once ‘Baby Shark’ enters your consciousness there's no going back. Pinkfong's captivating hit will get stuck in the heads of your kids – and good luck shaking it out of yours. Just surrender. This is your life now. 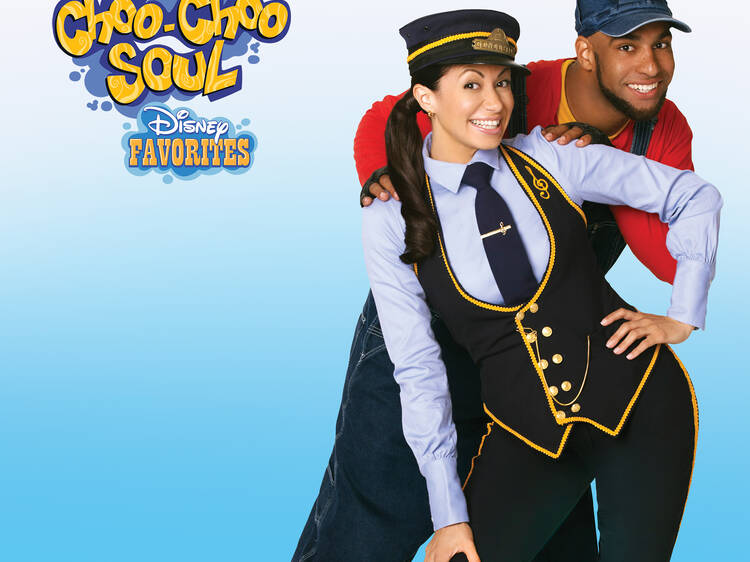 Want kids music that truly slaps? This Disney Junior group makes good on its name with beatboxing, clackity-clack rhythms and some serious vocal chops courtesy of Genevieve Goings, who seems to have gotten lost in the kiddie section en route to a Motown audition. 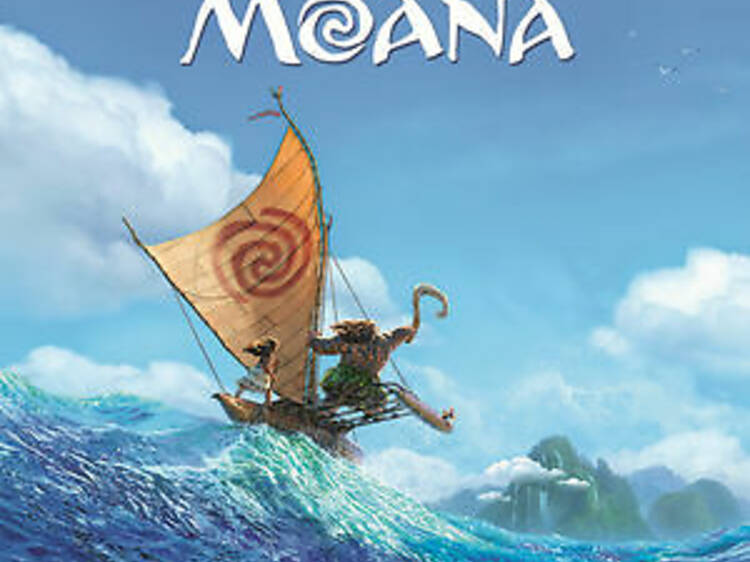 This homage to David Bowie from Disney's animated hit Moana is voiced by Jemaine Clement, known to you and me as one-half of the Flight of the Conchords. Your kids won't know, or care – they'll just like the catchy tune – but you're listening, too, and you should also enjoy the playlist. Smart parents know that ‘Shiny’ is a gateway song to a larger appreciation of Bowie: Follw it with ‘Magic Dance’ from Labyrinth and they'll be dressing as Ziggy Stardust for Halloween in no time. 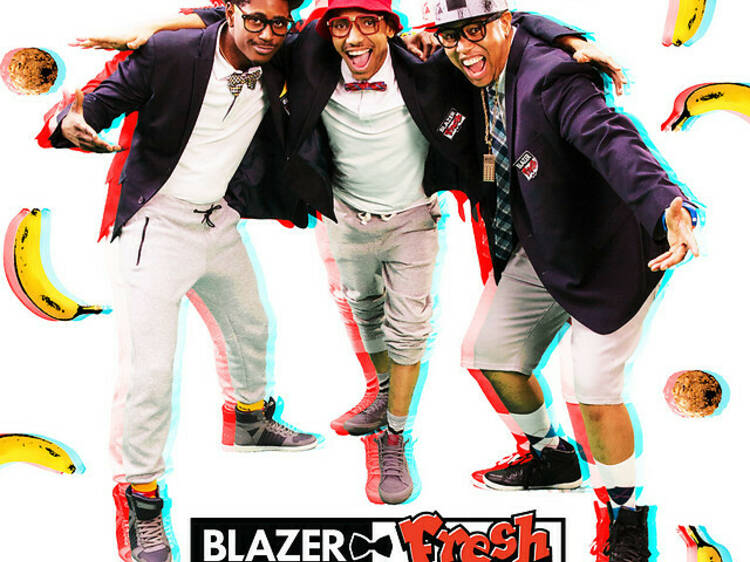 A hip-hop infused plea for kids to put some emotion into their reading, Blazer Fresh – the standout trio from a musical collective known as GoNoodle – brings some old-school Boyz II Men-meets-’80s-Fresh-Prince vibes to the fore across their humorous school-based anthems. Your kid will never read monotonally again. 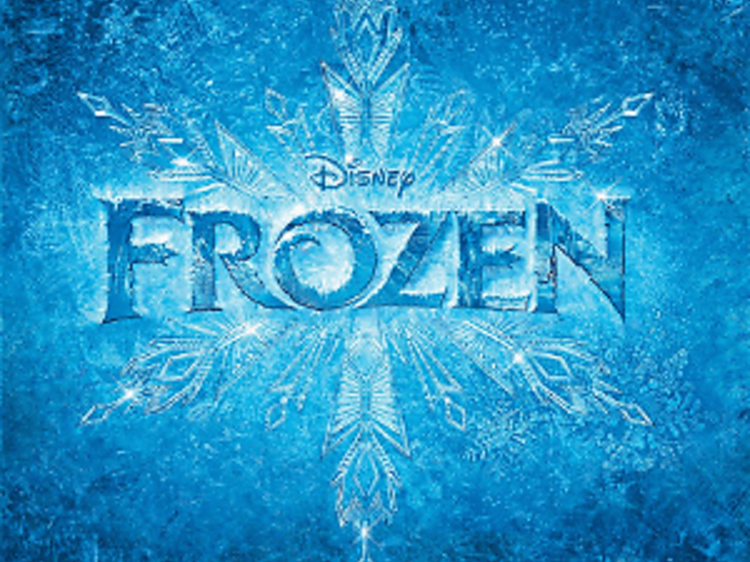 Elsa, Queen of the Cold melted hearts everywhere with her emotional feminist hit, ‘Let It Go,’ which details the struggles she faces with her icy powers. It's a true belter that will always hold a special place in our hearts. Which is a good thing, considering the song has not left the pop-culture landscape since it dropped way back in 2013. This is Disney’s ‘Baby Shark,’ a song that will never go away. Thank goodness for that. 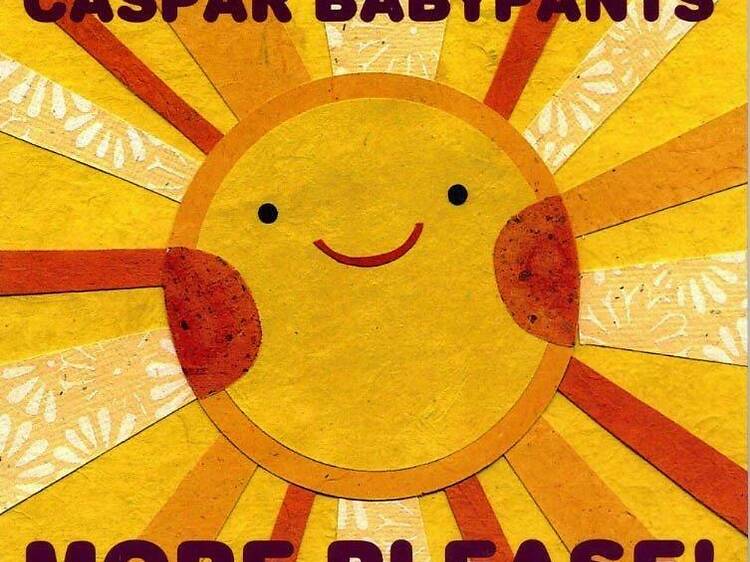 ‘90s oddballs The Presidents of the United States of America were basically writing kid-friendly jams in their heyday thanks to tracks like ‘Peaches,’ so it just makes sense that frontman Chris Ballew would go on to become a huge part of the Pacific Northwest kindie-rock scene. ‘Run Baby Run’ is perhaps his masterpiece, a short and sweet tribute to getting wiggles out. For new parents bemoaning their loss of coolness, Caspar Babypants is a gateway drug to the world of rock stars who kept the music going even as they fell into parenting. 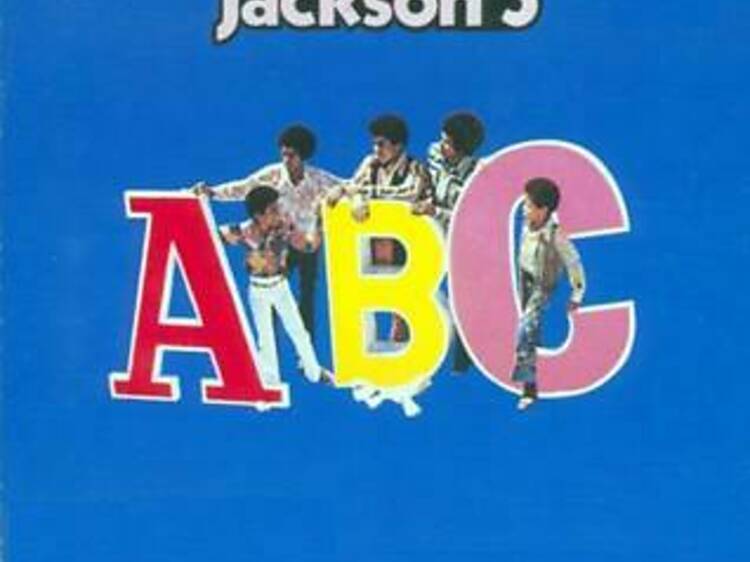 Proof positive that musical genius exists at any age level, the all-kid Jackson 5 remains one of the most vocally and musically dynamic groups of all time. ‘ABC’ is their best kid-focus song thanks to its catchy chorus, but this is also a song to play if you want to relay to their kid that they can do anything if they dare to dream. 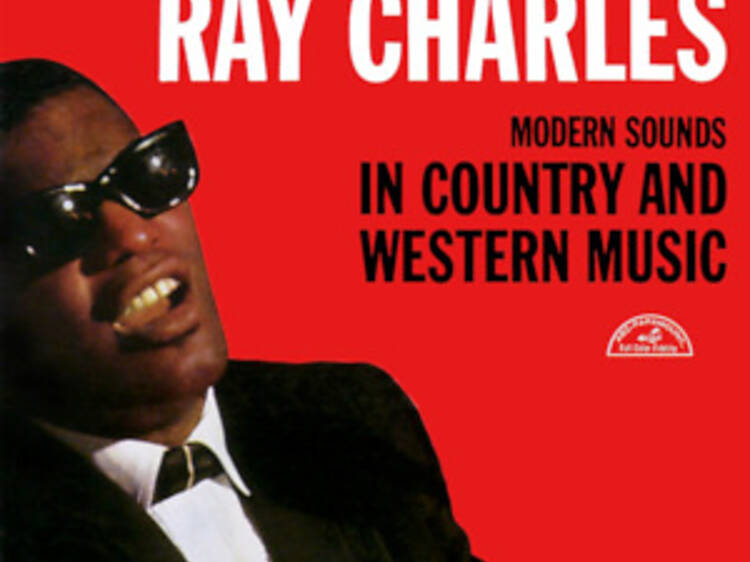 10. ‘You Are My Sunshine’ by Jimmie Davis

Simply put, ‘You Are My Sunshine’ gives us a sense of comfort. The skies are no longer gray when we hear this soothing, beautiful country ballad. And we're not alone in this thinking: The song, credited to Jimmie Davis, has been recorded by more than 350 artists, though we're partial to Ray Charles’ particularly soulful rendition. 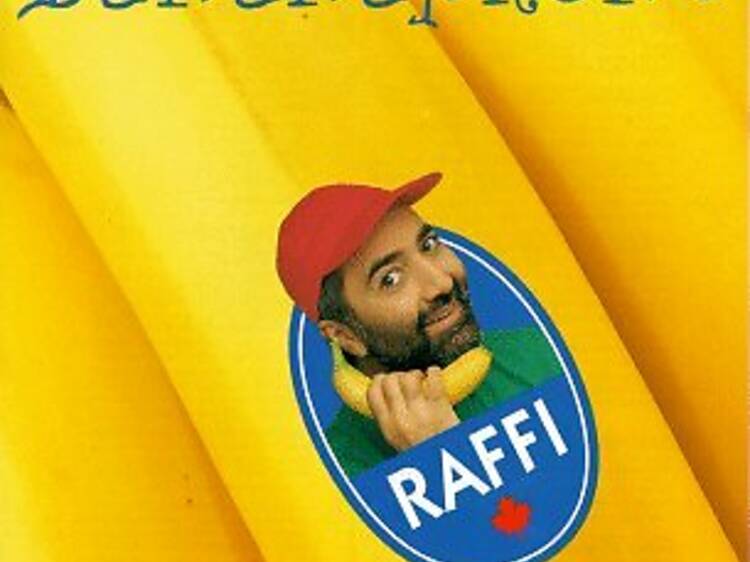 A funny thing happens when you're a parent: One day, you'll be sitting there listening to Raffi’s ‘Bananaphone’ for the 498th time in two days, and suddenly, you’ll snap into Raffi’s wavelength, finding a new appreciation for the jaunty jazz beat and the bevy of dad jokes. Does that mean you’ve given up? Tapped into The Matrix? Nobody knows. Such is the enduring power and (sigh) a-peel of ‘Bananaphone’

12. ‘London Bridge is Falling Down’

No, no! Not the Fergie version! This traditional English nursery rhyme details depredations of London Bridge and the many attempts to repair it. Although it's catchy and hard not to enjoy, some people take a gloomy approach and assume it may have even darker leanings. With the catchy beat, we certainly hope not. Actually... maybe it is time to incorporate Fergie into the kids’ music canon. 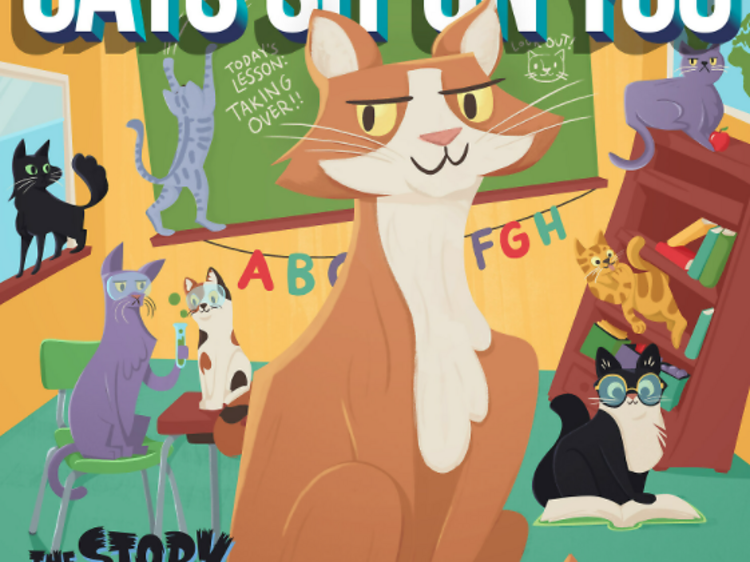 Story Pirates is a goofy collective of storytellers in the mold of an old-timey radio theater groups, and they specialize in ridiculously funny narrative tales set to a variety of music stylings. With respect to the B-52’s-inspired ‘Backstroke Raptor,’ the best entry point is the wild ‘Cats Sit on You,’ a story about an invasion of felines with designs to overtake a school, all set to a jaunty jazz melody. For kids who glom onto words, the group’s entire library is a must-listen. 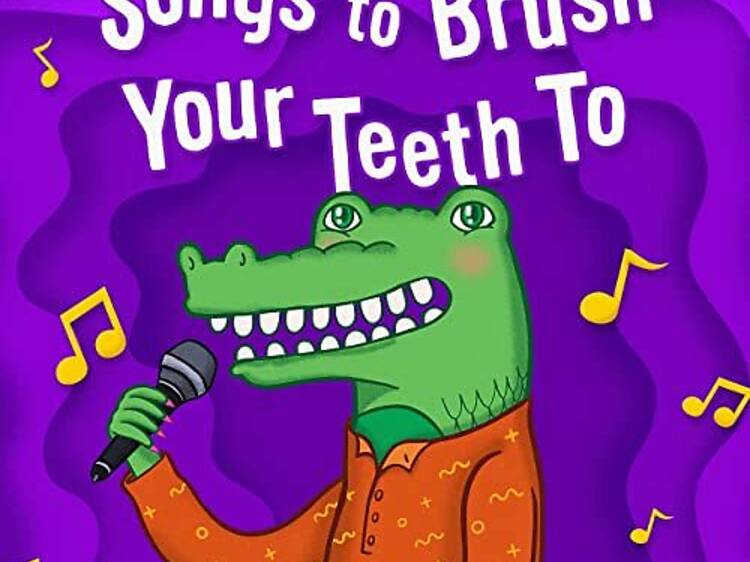 14. ‘Bees Can Talk By Moving Their Butts’ by Chompers

Chompers specializes in short songs to brush your teeth to. But this hip-hop banger (yes, we’re going there… yes, we know how uncool we sound) is the only one you might want to bump from your car thanks to its tremendous beats. It’s a rare kid song that warrants repeat listening by parents. Your teeth will never be cleaner. 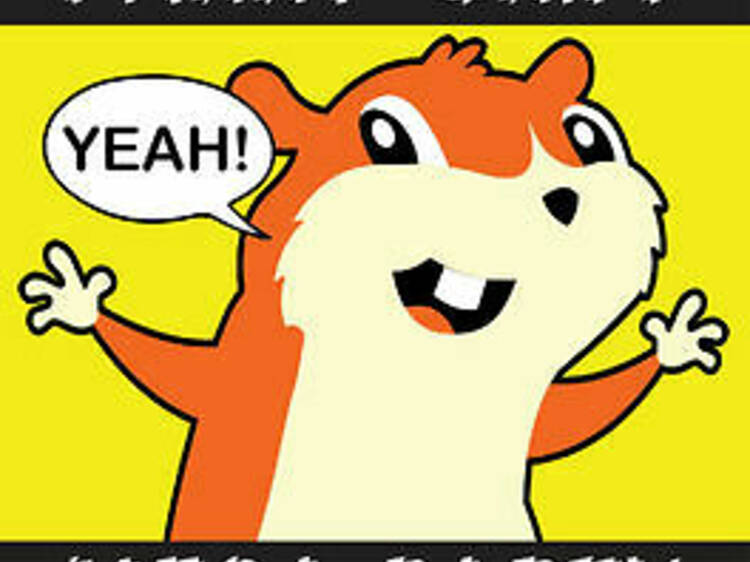 Nerf Herder vocalist Parry Gripp has found a second life writing rollicking, wholly silly kids songs about everything from food (‘Yum Yum Breakfast Burrito,’ ‘It’s Raining Taquitos’) to memes (‘Cat Flushing a Toilet’). But perhaps his magnum opus is ‘Space Unicorn,’ a hard-rocking anthem about a mythical being delivering rainbows around the world like some sort of psychedelic Santa. Naturally, he even penned a holiday version, should your yuletide need extra rock. 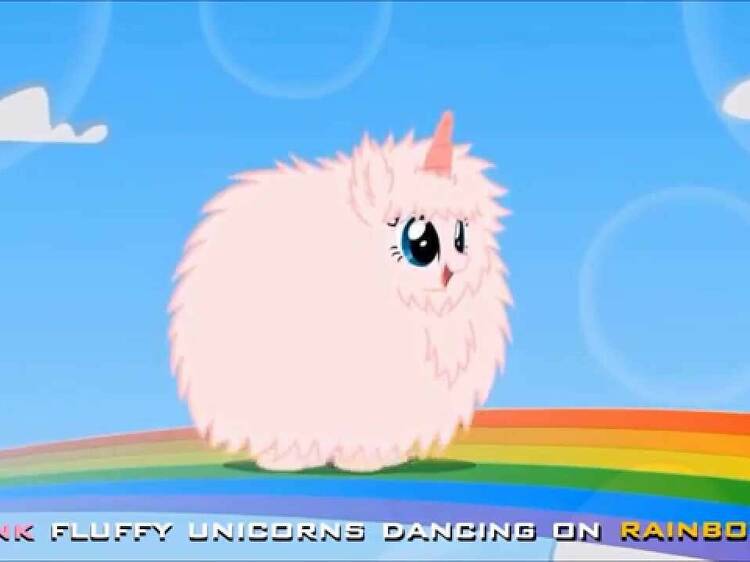 The song is literally the title repeated over and over over a cute little guitar line rife with spectacular keyboard-synth glockenspiel notes. And it rules. If you’ve got a unicorn kid at home, this one is hard to beat. 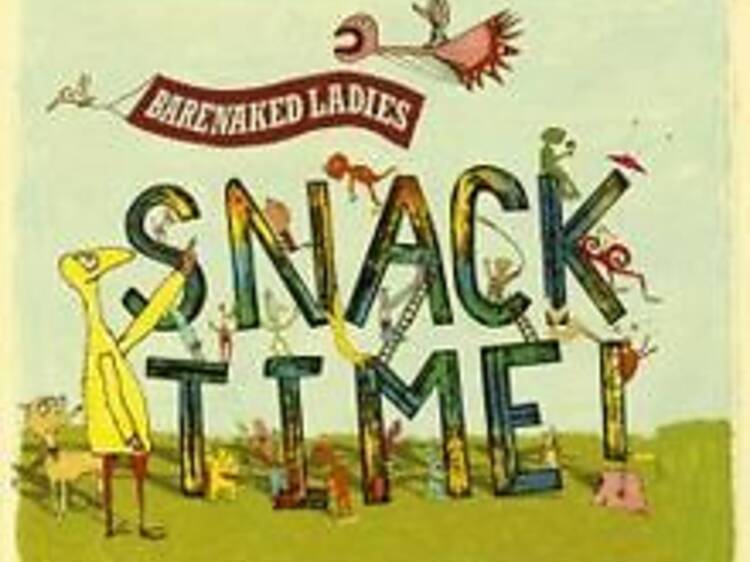 17. ‘A Word for That’ by Barenaked Ladies

Ever wonder what happened to Canadian hitmakers Barenaked Ladies? Turns out they’ve been hanging out at the kids table, which proves a great fit for the playful goofballs. This essential from the Snacktime album is all about finding the right  word for hard-to-describe events in a kid's life. Frankly, we’re surprised they didn’t go with ‘If I Had a Million-Dollar Word.’

‘Twinkle,’ as it's known to professional musicians, is a classic for a reason! It's legitimately gorgeous: Mozart wrote 12 variations on the song when he was at the height of his compositional powers. You don't need to listen to his harpsichord versions to enjoy its beauty – the lullaby is a soft, sweet and perfect goodnight tune for your tots.

What's better than a goofy song? A goofy song with coordinated dance moves. This one's a keeper. 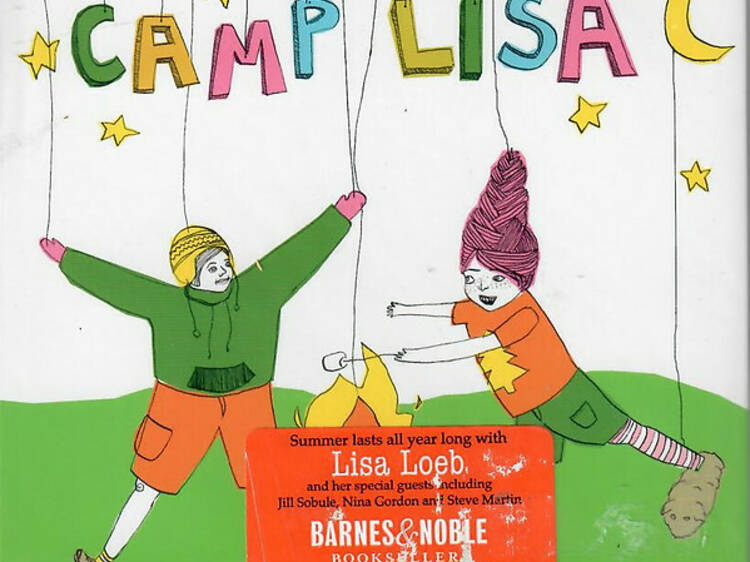 20. ‘The Disappointing Pancake’ by Lisa Loeb

The bespeckled ‘90s icon found a second life penning ultra-silly songs in the key of Laurie Berkner, and ‘Disappointing Pancake’ might be the ’Stay’ singer’s magnum opus: A long, meandering, catchy song about a misinformed pancake’s worldwide quest for glory. Utterly silly and undeniably infectious.

With origins dating back to the Civil War's ‘When Johnny Comes Marching Home’ – a song from an Irish-American bandleader – this children's ditty packs fun, repetitive lyrics and little pinch of history. Words of wisdom: Sing after you have your picnic so you don't summon an ant colony onto your checkered blanket and delicious lunch.

Toddler get-togethers would be incomplete without a joyful cheer. ‘Happy and You Know It’ is a wonderful way for little ones to show just how much fun they're having at their playdate. It's time to clap those hands!

There's no denying it—we cannot resist this tounge-twister of a song in the morning, afternoon, evening or underneath the moon. There's nothing wrong with saying "I love you," but "Skidamarink" adds a little bit of whimsy and playfulness to the sentiment. 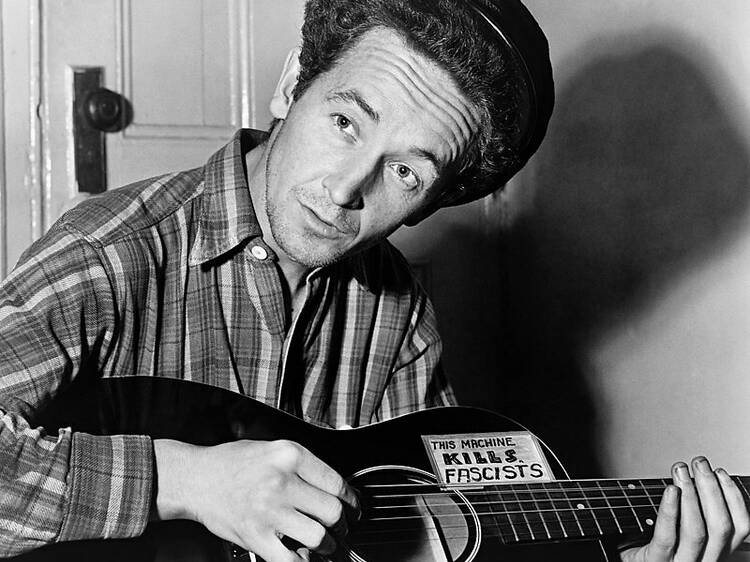 24. ‘This Land Is Your Land’ by Woody Guthrie

Woody Guthrie's classic is a joyful celebration of America. The lyrics are best suited to toddlers, and it's a great introduction to folk music – it's a little bit country, a bouncy ballad that's as sweet as it is short, but doesn't skimp on Guthrie’s signature dissenting spririt. 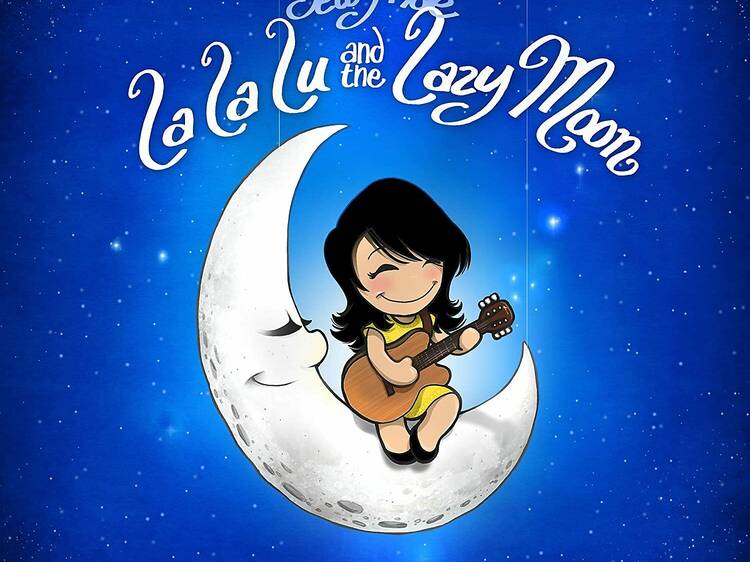 A beautifully hypnotic lullaby for kids who are obsessed with transit – that is, all kids – indie singer Jetty Rae’s ethereal voice lulls kids into slumber with dreamy pondering about planes, cabs, motorcycles and boats. It’s the perfect capper for a nighttime playlist… and it works perfectly well on parents to boot.