Flying taxis could soon be a reality

Ever heard of an eVTOL? Frankly, it’s only a matter of time. Aircraft manufacturers the world over are currently competing to launch ‘electric vertical take-off and landing’ vehicles, and this model from Vertical Aerospace may well become a common sight in our skies.

The British firm has just unveiled the designs for the VA-1X aircraft, which could be whizzing passengers back and forth above major cities as early as 2024. Its creators claim it will be the world’s first eVTOL to go into production, and hope for it act as a short-hop method of transport within cities, bypassing congestion and allowing more direct routes than traditional taxis.

The company also wants to position the electric-powered vehicle, which could reach top cruising speeds of 150 miles per hour, as a cheaper and more environmentally-friendly alternative to the helicopter. A spokesperson said the price point for commercial flights is ‘expected to be between a helicopter flight and a private car and will decrease as adoption grows’. 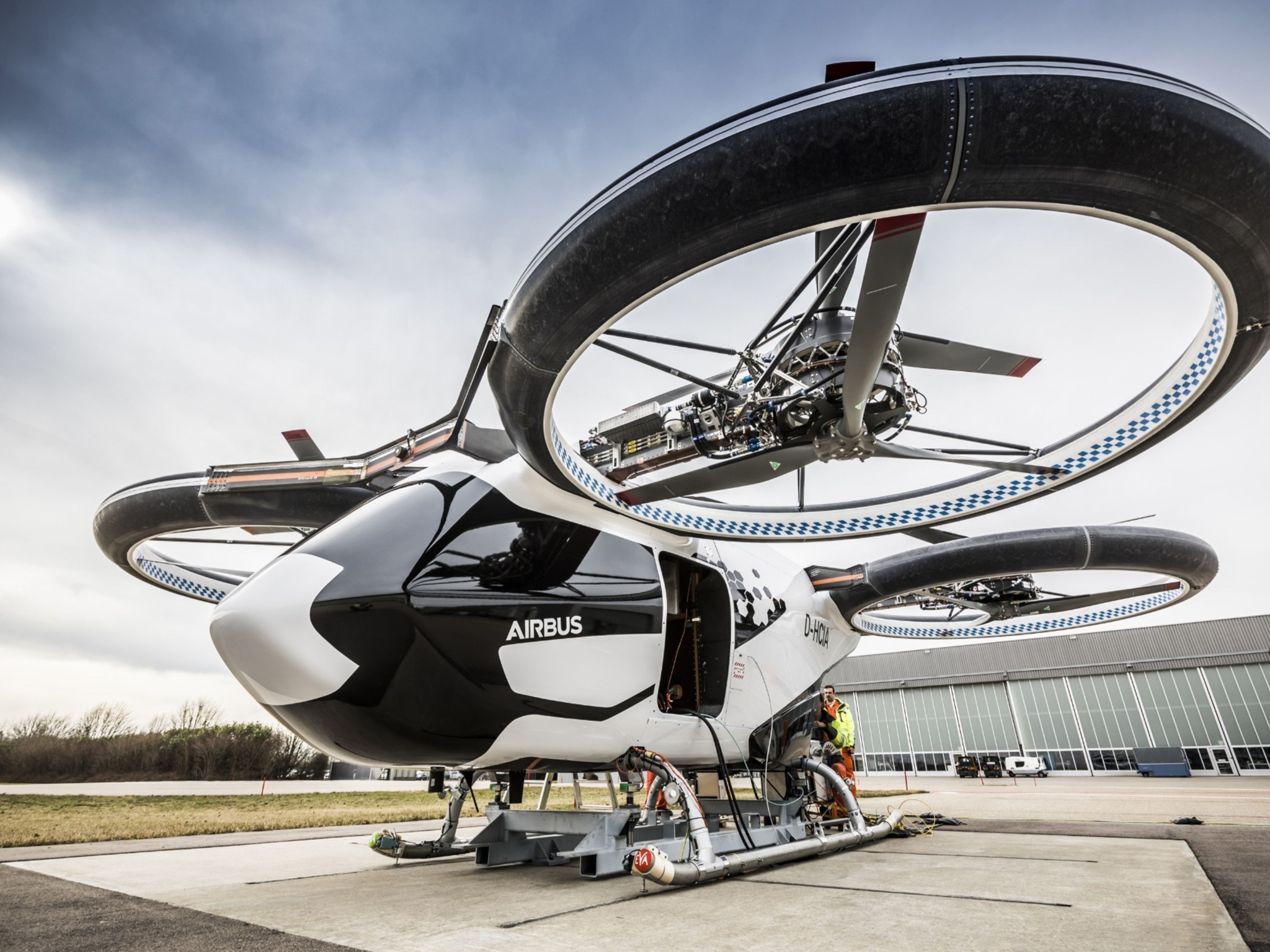 Vertical is one of only a handful of companies to have already flown an eVTOL prototype. Back in July, European firm Airbus also flew its own version, the ‘CityAirbus’, in front of public officials and media for the first time. Its vehicle can carry four passengers with a range of 60 miles, and can travel at 75 miles per hour. That makes it slightly faster than a car travelling at most top legal motorway speeds.

Eventually, the CityAirbus may be able to fly completely autonomously, but the initial plans for this model are for it to be remotely piloted. It’s unclear when exactly they will be used for commercial trips.

The futuristic design features four ‘propulsion units’, with two motors and two propellers each, and the main body can house four passengers. Which makes it the perfect size for an extravagant hop across town with a group of mates on a big night out. Bagsy one of the front seats!

More futuristic things on the horizon: