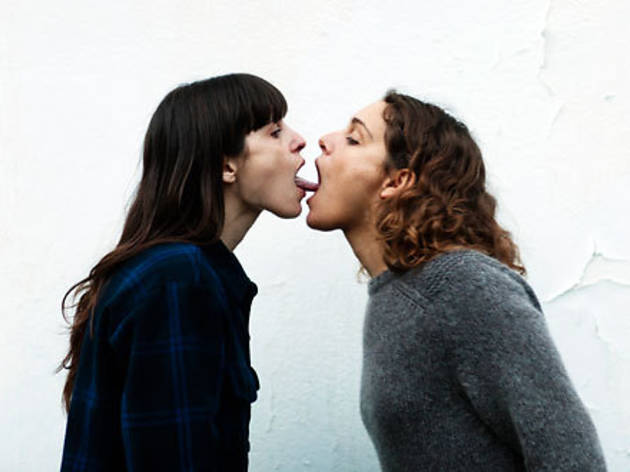 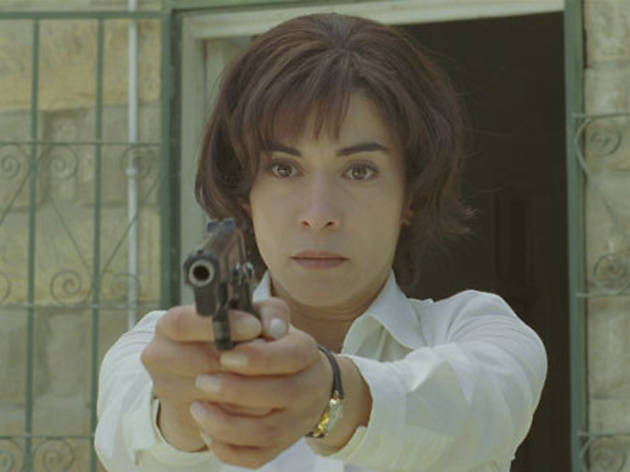 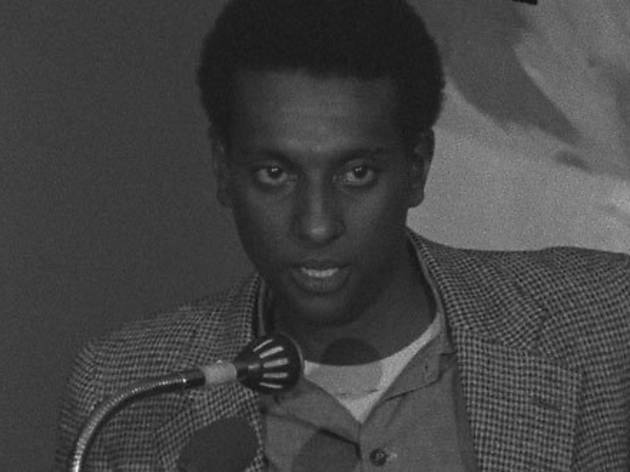 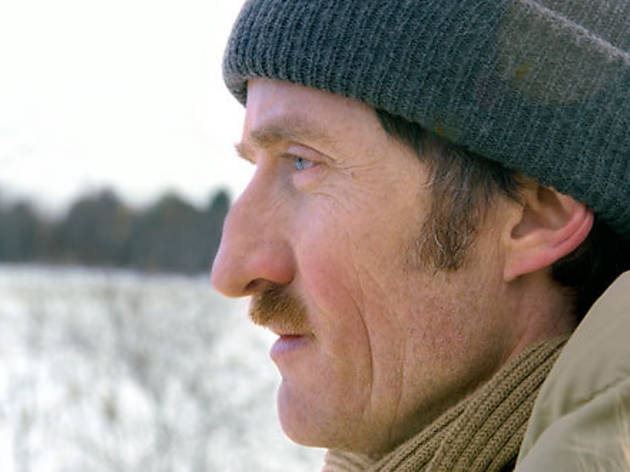 Now in its 40th year—how time flies!—this annual festival returns to the Museum of Modern Art (MoMA) and the Film Society of Lincoln Center (FSLC), once again shining the spotlight on new filmmakers' first big creative statements. Here's a septet of selections that you'll want to catch by any means necessary.

Attenberg
Call it The 22-Year-Old Virgin: Athina Rachel Tsangari's dryly humorous drama follows Marina (Ariane Labed), a sexually inexperienced young woman spending time with her dying father in a Greek industrial town. The film's observant imagery evokes David Attenborough's in-the-wild documentaries (the title is a play on the naturalist's name), casting Marina as a creature of animal instinct—especially in the ways she interacts with her best friend (Evangelia Randou) and a hirsute engineer (Dogtooth director Giorgios Lanthimos). Beneath the character's stoic surface, however, is a well of human emotion that is slowly, insightfully coaxed out.—KU (MoMA, Mar 31 at 6pm; FSLC, Apr 2 at 1pm)

The Black Power Mixtape 1967--1975
It's a truism that foreigners (see Frank, Robert) often view America with clearer eyes than its residents—a notion that Gran Olsson's compilation doc exemplifies with social consciousness to spare. During that nine-year time span, Swedish TV crews interviewed Civil Rights leaders, with clips ranging from Stokely Carmichael speechifying to an incarcerated Angela Davis holding court. Their collective footage now offers a staggering counterpoint to U.S. coverage of the struggle, as raised fists give way to weary Harlem shuffles; a time capsule of a turbulent era, it's essential viewing for anyone concerned with our nation's history—and its present.—DF (MoMA, Sat 26 at 9pm; FSLC, Mon 28 at 6pm)

Curling
Forget about the other dysfunctional father-daughter relationships you've seen; the filial chill at the center of Denis Ct's drama about a Montreal bowling-alley worker (Emmanuel Bilodeau) and his maladjusted kid (real-life offspring Philomne Bilodeau) makes most interfamily miscommunication seem warm 'n' gooey by comparison. The way that Ct gently guides these shell-shocked outsiders back into the world of the living makes this cryptic drama touching, and you have to admire anybody who can channel an emotional epiphany from a character in a bowling-pin costume.—DF (MoMA, Sat 26 at 6:15pm; FSLC, Sun 27 at 3:30pm)

El Velador
There's not a single gunshot fired in Natalia Almada's mesmerizing documentary, though the specter of violence haunts every frame. Her subject is Martin, a night watchman at the El Jardin cemetery, located in Mexico's drug heartland: As the war between the cartels increases, so do the number of grave sites. Martin maintains this necropolis the best he can, bringing dignity to people who were often denied it in life. You can almost hear the dead speaking through the silence, thanking this lone man for respecting their memory.—KU (MoMA, Sun 27 at 7pm; FSLC, Tue 29 at 8:30pm)

Hospitalit
Seen any good Japanese cringe-comedies lately? Thanks to Koji Fukada's tale of a passive-aggressive house guest (Kanji Furutachi), you'll soon be able to answer affirmatively. After meeting a middle-class shop owner, a stranger quickly insinuates himself into his host's life; soon, his Brazilian wife and backpacking friends crash the party. The filmmaker skewers his country's social makeup and cinematic past (Ozu's signature style gets a serious ribbing), but the sympathy beneath the movie's dour detours suggest the work of a humanist displaying one peerless poker face.—DF (MoMA, Sat 26 at 6:15pm; FSLC, Sun 27 at 3:30pm)

Incendies
A deceased woman (Lubna Azabal) leaves two posthumous requests: Her twin children must find both their long-absent father and a previously unknown sibling. Scenes alternate between the mother's younger self and the duo's present-day quest—all of which culminates in one whopper of a revelation. We won't spoil the surprise, though we will reveal that (a) no film has made better use of Radiohead's "You and Whose Army" and (b) Canadian director Denis Villeneuve just vaulted himself to the country's highest ranks of provocative filmmakers who aren't named Cronenberg.—DF (MoMA, Fri 25 at 6pm; FSLC, Sun 27 at 8:30pm)

Tyrannosaur
British actor Paddy Considine makes an impressive directorial debut with this unflinching drama about a violence-prone widower (Peter Mullan) who befriends a thrift-shop clerk (Olivia Colman) with an abusive husband (Eddie Marsan). The film opens on a grim note—a mortally wounded dog—and only gets grimmer (canines do not fare well). Yet what's surprising is how warm Tyrannosaur feels despite its bleakness; even a midfilm funeral scene is surprisingly full of life. Both Mullan and Marsan are expectedly stellar, but it's Colman, a performer better known for TV comedies, who gives the film its deeply moving soul.—KU (MoMA, Wed 30 at 6pm; FSLC, Mar 31 at 9pm)