The lofty Inca palace of Machu Picchu might have been capturing hearts and minds ever since it was discovered in 1911, but don’t be fooled: Peru has far more to offer than this famous Inca site. With vast archeological ruins that outdate Machu Picchu by millennia, a strong tradition of century-old crafts and South America’s greatest gastronomy, modern Peru has significantly more up its sleeve.

As tourism continues to grow year on year, there’s no time like the present for exploring the country’s lesser-known highlights—before the crowds find their way to these spots, too.

Best things to do in Peru 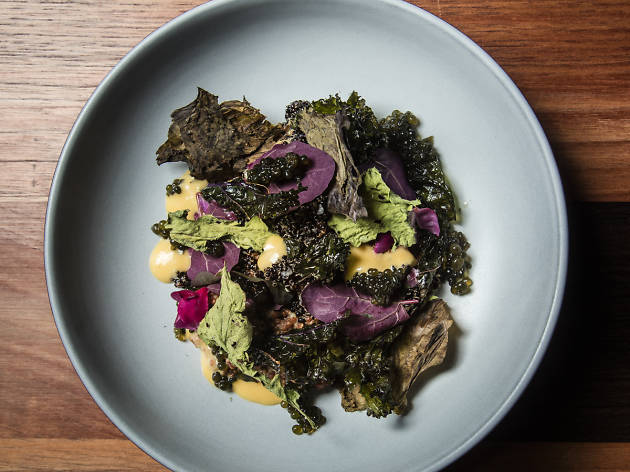 Described by celebrated Peruvian chef and owner Virgilio Martínez as a “laboratory that looks at Peruvian culture, produce and identity,” this new restaurant overlooks the Moray ruins in the Sacred Valley – itself believed to have been a site of agricultural experiment for the Inca. While the owner’s other restaurant, Central (ranked six in the world) focusses on food from across Peru, Mil plates up only what can be grown at 11,500 ft. or above. 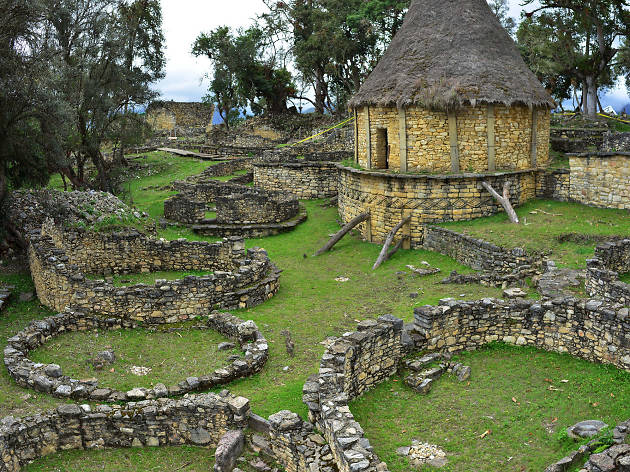 The mountain-top ruins of Kuélap in northern Peru pre-date those of the Inca by around 1,000 years and offer fascinating insights into the Chachapoya people. Built somewhere around 500 AD, this ancient fortress comprises towering defensive walls, over 420 circular dwellings and panoramic views from its elevated spot. A cable car now cuts travel time to the site from ninety minutes to twenty, meaning visitor numbers are set to increase dramatically over the next few years. 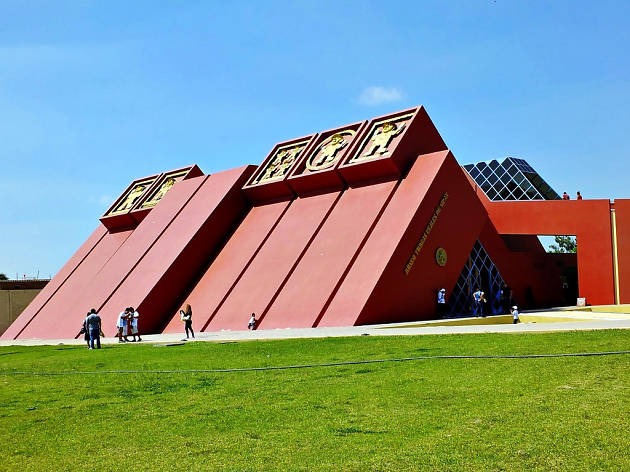 Located in the unassuming town of Lambayeque, the Museo Tumbas Reales de Sipán is one of South America’s greatest, but barely-visited museums. On display is a startling array of gold ceremonial masks, elaborately crafted shell necklaces and other precious artefacts. All were uncovered in tombs pertaining to Mochica royalty, a culture that existed along the coast of northern Peru and is known for its outstanding metalwork. 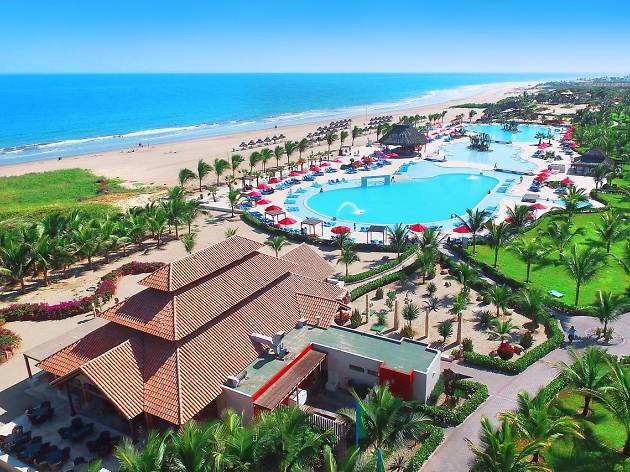 White-gold sands and warm, crystalline waters characterize Punta Sal, an idyllic beach resort considered one of Peru’s very best. Just a 30-minute drive from the increasingly crammed backpacker-haven of Mancora, this exclusive beach is a picture of serenity and the place to sink your toes into the sand under the shade of a palm leaf sun umbrella. Outside of summer, you can expect to have this slice of paradise all but to yourself. 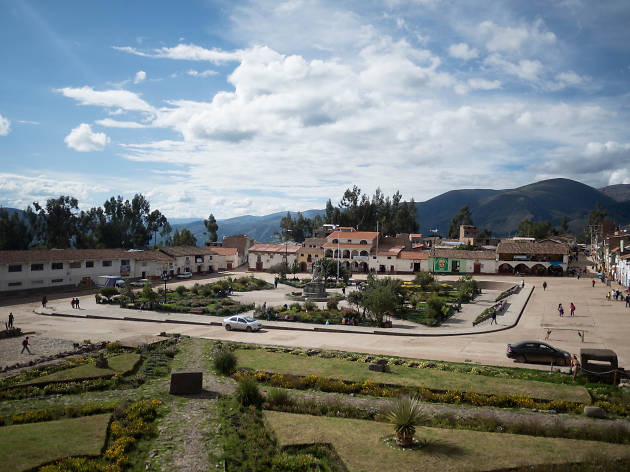 The attractive colonial city of Ayacucho, tucked high up in the Andes Mountains, is best known among Peruvians as the country’s craft capital. Here, a proud artisan tradition holds strong. Everything from retablos, wooden alter decorations filled with intricately crafted models made from gypsum mixed with cooked potato, to textiles with “3D” designs can be bought directly from the artisans or at the city’s various craft markets. 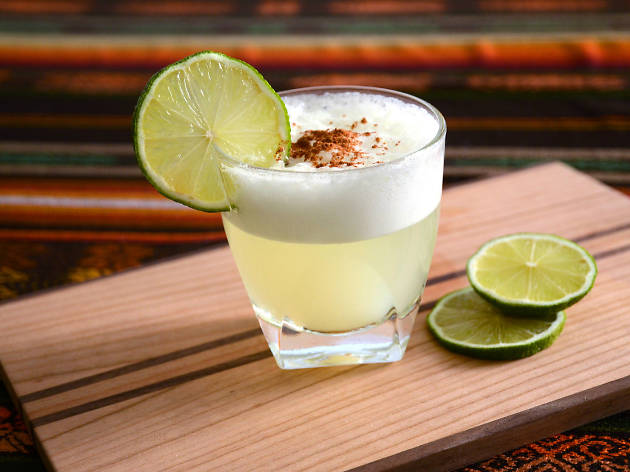 This slick watering hole has one objective and one objective only: to introduce the masses to Peru’s humble brandy liquor, made by distilling fermented grape juice. An encyclopedic array of piscos from the country’s top pisquerias take your through fruity variants of the pisco sour and cocktails showcasing local ingredients, such as coca leaves, muña and purple corn. With locations now in Arequipa, Cusco and Lima, there’s nowhere better for an instructive tipple. 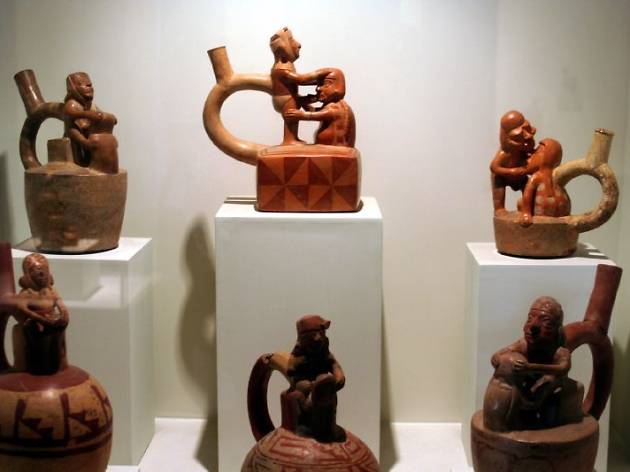 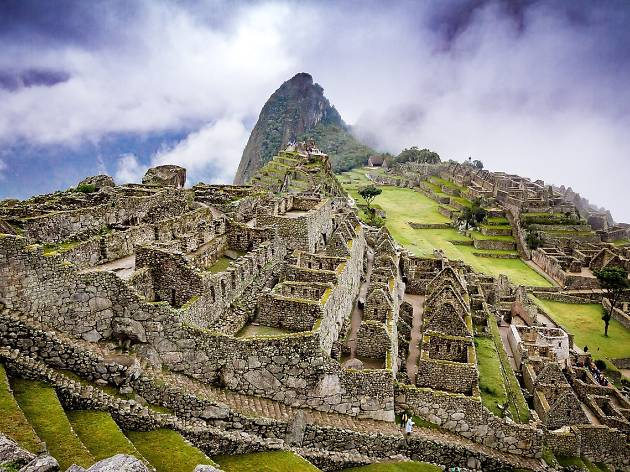 A trip to Peru isn’t complete without a pilgrimage along old Inca highways to reach Machu Picchu, South America’s most famous ruins and an example of Inca architecture at its finest. With the traditional Inca Trail capped at 500 hikers daily, it’s worth hunting out an alternative route. Lesser-walked options include the Lares, Salkantay or even that which connects Machu Picchu with another enigmatic Inca site, Choquequirao. 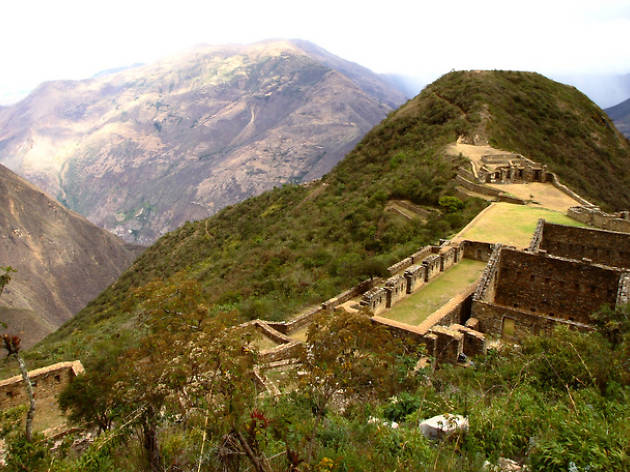 Only 30 miles separate Machu Picchu from Choquequirao, but the experience of visiting the two couldn’t be more different. The latter is an extraordinary collection of ceremonial temples and deep agricultural terraces thought to be larger than Machu Picchu but receiving only a dozen tourists daily. For the time being, it’s only accessible by a grueling two-day hike, however, plans in the works to install a cable car mean that these blissfully unvisited ruins won’t stay that way for long. 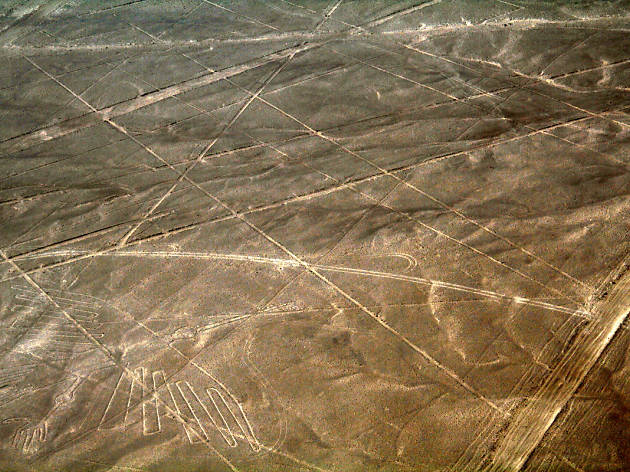 Only discovered in the 1930s when commercial planes began flights here, the Nazca Lines have long since baffled archaeologists. The scale and geometric precision of these 1,200 geoglyphs etched into the ground on an arid coastal plain have prompted claims of alien involvement, although researchers believe that the 2,000-year-old lines were made by the Nazca culture and used in rituals requesting rain from the gods. For aerial views, take a 30-minute flight over the lines from the local airport. 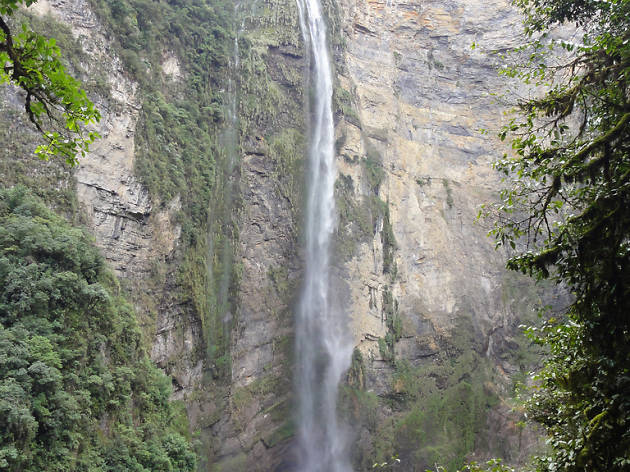 “Discovered” by a German explorer back in 2005, the 2,529-foot Gocta Waterfall was actually already known by the locals who live in the community of Cocachimba at its base but was feared as it was believed to be home to a mermaid who lured men to their deaths. Vengeful mermaids aside, these two-step falls are a truly unmissable sight of feverish spray and reached by a three-hour hike from the village. 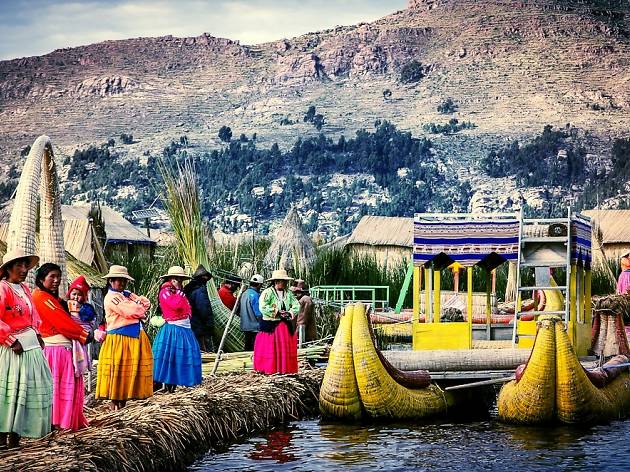 It’s hard to imagine anything stranger than 60-odd islands made of reeds floating on Lake Titicaca, but that’s exactly what you get at the Uros Islands. Made from totora reeds and needing to be rebuilt every 30 years to remain buoyant, each is populated by indigenous families who now make a living by receiving tourists and selling pretty trinkets made from – you’ve guessed it – totora. 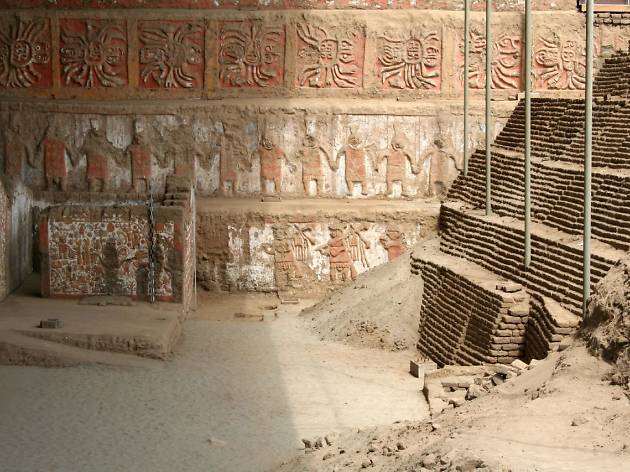 Trujillo is in a league of its own when it comes to proximity to ancient ruins. Huaca de la Luna (Temple of the Moon) is the most visually magnificent; its external walls are daubed with intricate polychrome friezes depicting grizzly Mochica sacrificial rituals. The little-known El Brujo complex further north doesn’t fail to impress either. Built near the final resting place of a female shamanic ruler, the site museum displays her mummified body, complete with spectacular tattoos of spiders and snakes. 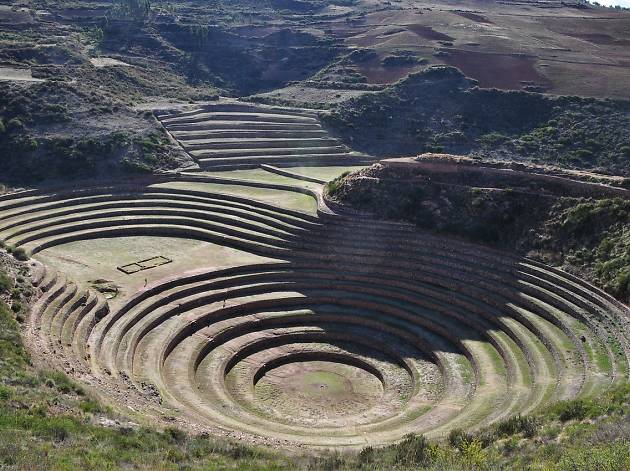 Cusco was the Inca heartland and remains the best place to admire vestiges of this powerful, if short-lived, civilization. Providing the ultimate introduction to all things Inca, the boleto turístico is a 10-day tourist ticket granting access to the city and surrounding areas’ top sights. These include the hilltop fortress of Saqsaywaman, where Inca and Spanish forces came to blows, and the stone terraces of the Ollantaytambo fortress in the Sacred Valley. 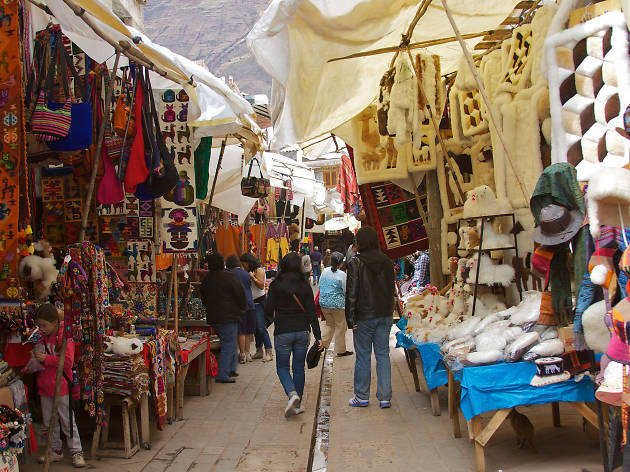 There’s no more Peruvian experience than a visit to a traditional market. Where better than in the Sacred Valley town of Pisac and its vibrant Sunday fair. Each week, indigenous Quechua-speaking locals converge here from their mountain communities, bringing handwoven textiles in a kaleidoscope of colors, Inca-inspired pottery and even live guinea pigs. The latter you can try spit-roasted as the classic Andean delicacy cuy. 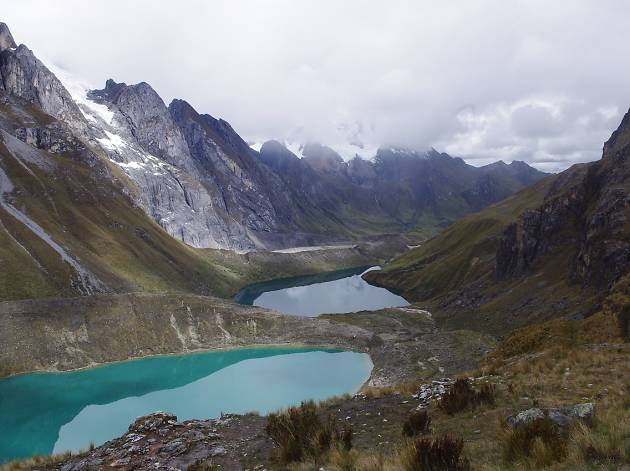 A UNESCO Biosphere Reserve and World Heritage site, the Cordillera Blanca mountain range is almost peerless when it comes to its concentration of 19,000-foot peaks. However, climate change poses a serious threat to the region’s glaciers, making the area one to visit sooner rather than later. Popular treks include the tough, four-day Santa Cruz hike and the literally breathtaking one-day Laguna 69 trek, which climbs up to a turquoise lagoon situated at an exhausting 15,000 ft. above sea-level. 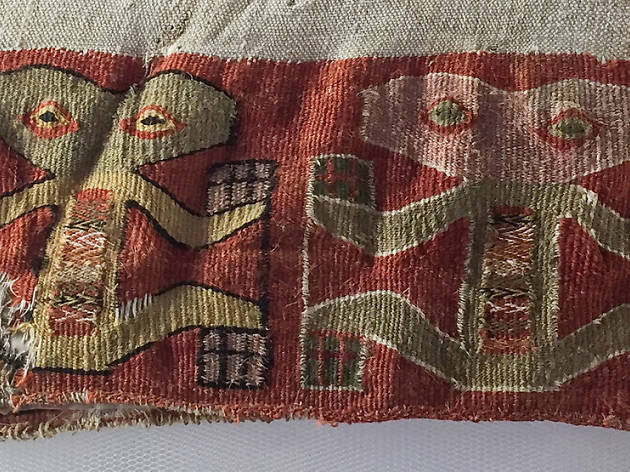 In 1997, archeologists made a dazzling discovery: hundreds of mummies were found in a cliff-side mausoleum in the Chachapoyas region. These exceptionally well-preserved remains demonstrate the complicated funerary rites of the Chachapoya people and are now on display at the Museo Leymebamba. Expect to be unsettled and fascinated in equal measure, particularly by their facial expressions, many of which look alarmed, while others seem to be peering at you from between their fingers. 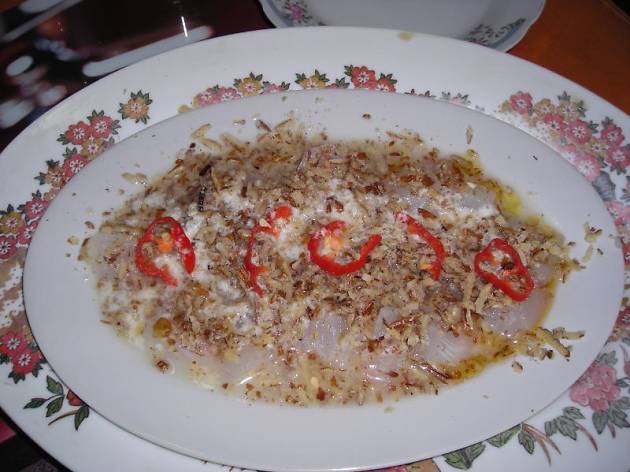 Peru’s most acclaimed dish and almost singlehandedly responsible for making the country South America’s culinary hub, ceviche is a dish best sampled in a Lima. No place is better for this gastronomic triumph of raw fish cooked in lime juice than Chez Wong, widely considered the best cevechería in the city. This hole in-the-wall restaurant operates out of the living room of Chinese-Peruvian owner and chef Javier Wong’s home and with only six tables in total, reservations are essential. 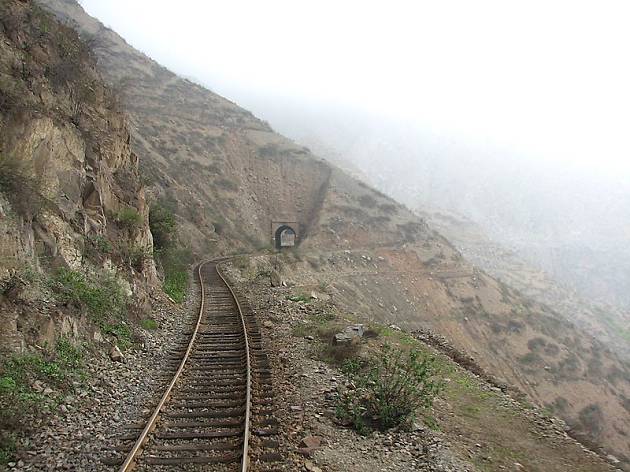 Few train journeys cross terrain quite as hair-raising as El Tren de La Sierra. Covering the 332 kilometers between Lima and Huancayo in the central highlands, this train is a rattling 11-hour adventure that passes along vertiginous cliffsides, through plunging river valleys and climbs up and over a 15,689 ft. pass, making it the second highest railway in the world. An easy candidate for Peru’s most scenic train ride, departures leave only once a month and tickets sell out fast. 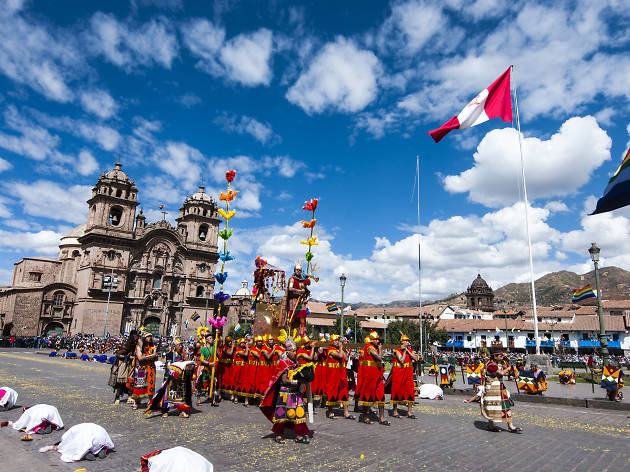 With festivities held in honor of Inti, the Sun God and the winter solstice, Inti Raymi or the “Festival of the Sun” dates back to the Inca Empire but remains a significant celebration held in Cusco each June. Spectators pile into the city’s cobbled streets to participate in a dramatic recreation of this ancient festival, with huge processions and revelers dressed in traditional Inca clothing who perform traditional rituals, including the staged (just staged!) sacrifice of a llama.