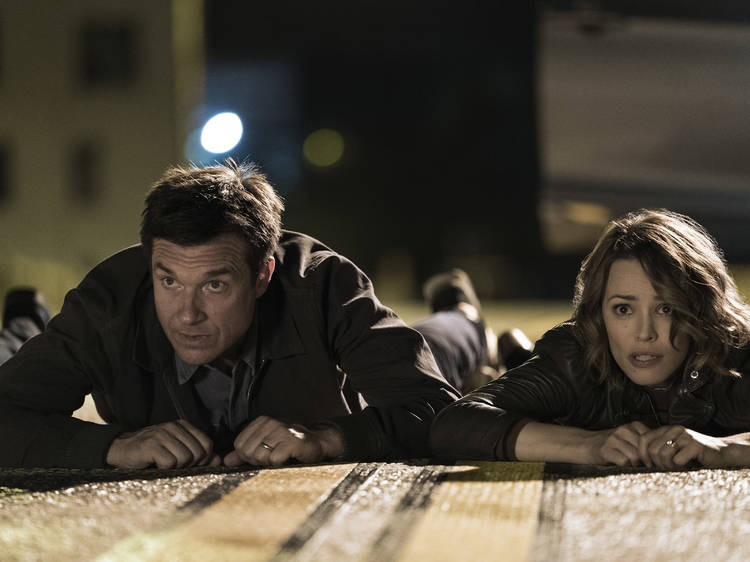 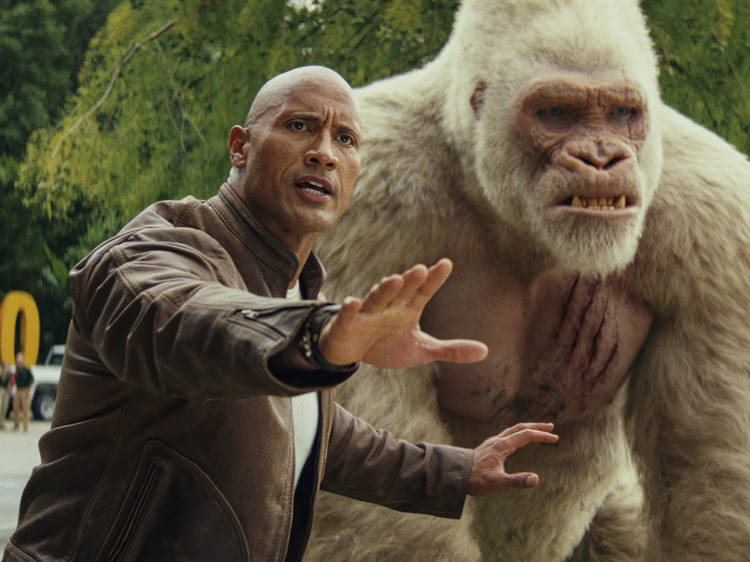 The ’80s arcade classic 'Rampage' allowed players to inhabit the avatars of rabid mutant animals as they punched helicopters, ate people and demolished cities. That premise is a bit obvious for a major studio feature, but star Dwayne Johnson and director Brad Peyton, improving on their 2015 lemon 'San Andreas', have taken the title and basic thrust of the video game (smash things!) and delivered a colourful-if-corny disaster spectacle. 'Rampage' isn’t cause for wild celebration, but with its bright, coherent FX – rare in this genre – and one deliriously fun supporting performance, it’s better than it has any business being. The movie opens with a knockout action sequence, set aboard a space station that’s been overtaken by a gargantuan lab rat. (For fans of the video game, this rodent is the first of several Easter eggs.) The pathogen that’s loose in the space station, which turns animals into supersized killing machines, makes its way back to Earth and is ingested by a crocodile, a wolf and an albino gorilla named George. This simian star provides an emotional element, via friendship and sign language with primatologist Davis (Dwayne Johnson, doing his thing), and sets the story in motion when he destroys a wildlife sanctuary on his way to a rendezvous with his fellow mutants in Chicago. Johnson joins with Naomie Harris, radiating smarts as a genetic engineer, to quell George and minimise the damage. Good luck with that: The annihilation of the Windy City is a thrill to watc 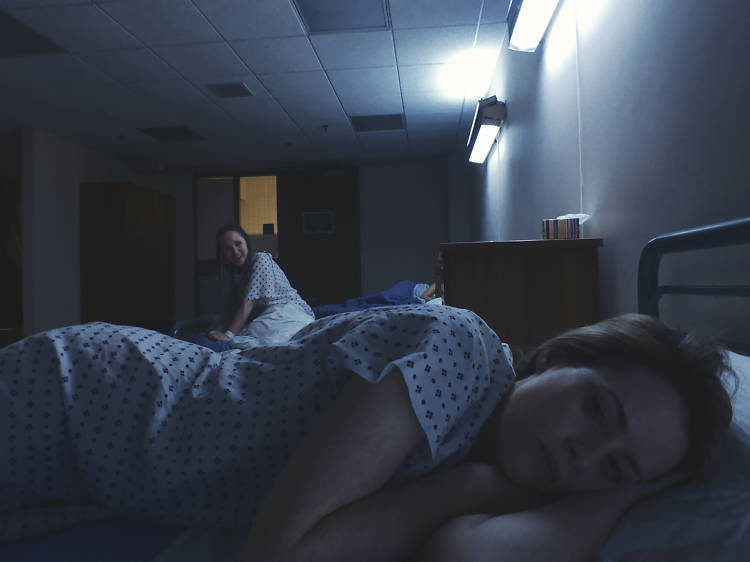 Navigating through a mad, fast-changing world is something Claire Foy does well; she’s shown us as much on ‘The Crown’. Now she repeats the trick in ‘Unsane’, a scrappy, shot-on-an-iPhone thriller elevated by Foy’s steely exterior. She plays a businesswoman, Sawyer, who is committed to a mental health ward after some insurance company sleight-of-hand. Following the genre template of ‘Shock Corridor’ and ‘Shutter Island’, she befriends a fellow patient (Jay Pharoah) and crosses swords with another (an intense Juno Temple). But in a canny twist, she also comes face-to-face with a kindly nurse who she swears is the dangerous man that’s been stalking her for years. Cue the gaslighting. The script is marred by faulty trip wires and too many clichés, while director Steven Soderbergh, Hollywood’s restless alchemist, is interested in the plot only as a means of experimenting with style. Filming on a smartphone drains any slickness away while giving it a nervy, disorienting kick. There’s a palpable sense of a filmmaker at play, not least when he chucks in one of his ‘Ocean’s Eleven’ stars for a surprise cameo (we won’t ruin it). Realising that some of cinema’s greatest turns are in B movies, he’s created another vehicle for Foy’s ferocious presence. She never stoops to a pat depiction of female victimhood, instead inviting us to see the rigged world through her whirlpool eyes. n Joe McGovern

Lumpy lowbrow humor and characters as thin as a Monopoly board mar 'Game Night', a comedy with an irresistible premise, but that only. Middle-aged suburbanites gather for their weekly game night when two masked men burst through the front door and violently drag the organizer (Kyle Chandler) into the darkness. The remaining players believe this is the fun opening act for a pretend abduction mystery, even though what's happening is actually real. Co-directors John Francis Daley and Jonathan Goldstein, makers of 2015's dreadful 'Vacation' reboot and the cartoonish 'Horrible Bosses' movies, love irreverent jokes; too bad they lack any sense of pacing or brio. 'Game Night' is stocked with good actors but the casting itself lacks any surprise. Jason Bateman, so strong right now on Netflix's 'Ozark', plays another neurotic man-child; Rachel McAdams, as his wife, is a fine dramatic performer with the comic timing of a lead door. As a pathetic divorcee, Jesse Plemons echoes his loser role from a recent 'Black Mirror' episode; Billy Magnussen likewise recycles his meathead bro from last year's 'Ingrid Goes West'. Switch the parts of those two actors, just for starters, and you instantly get an edgier movie. What's most frustrating about 'Game Night' is how dependent the plot is on the stupidity of the characters. Laughing at people for being dumb is an obnoxious impulse, and you'll feel sorry for actress Kylie Bunbury, who has to pretend to mistake a random black guy for Denzel Washin