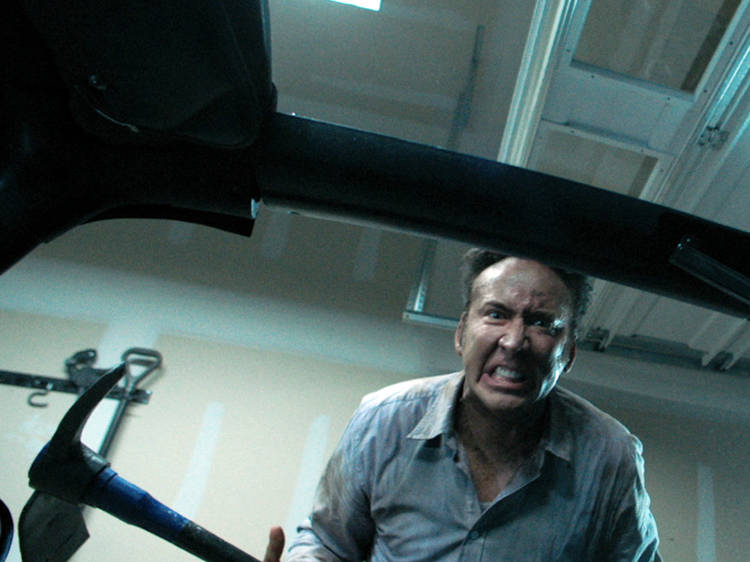 Powered by a vintage Nicolas Cage wig-out, this merrily tasteless horror-comedy plays like a frantic mash-up of ‘The Purge’, ‘The Crazies’ and ‘Serial Mom’. For reasons never explained, let alone explored, parents start butchering their offspring: mothers murder newborns, granddads kill grandsons, and school runs mutate into rabid massacres. As the epidemic burns across America, siblings Anne Winter and Zackary Arthur find themselves bunkered in the basement of their suburban home. Can they fend off a home invasion staged by their own frothing parents? And can anyone survive Cage’s freeform jazz interpretation of a raging dad? Whether he’s delivering a monologue about anal beads or singing ‘The Hokey Cokey’ while sledgehammering a pool table, Cage’s performance is wildly in sync with Brian Taylor’s over-caffeinated direction. As a horror movie, ‘Mom & Dad’ is a fiasco – Taylor’s frantic visuals suggest a man mainlining Red Bull, a style too impatient for anything remotely approaching tension. As a satire, however, it’s a scream. Granted, the delivery’s as shrill as a banshee stepping on a Lego brick, but here’s a film with something to say about ageing anxiety, Middle America’s materialist vacuum and the parasitic resentments triggered by raising children. Luis Buñuel he most certainly isn’t, but Taylor wack-a-moles taboos with an infectious glee that will have anyone with kids emitting a cathartic howl. Fun for all the family, then. 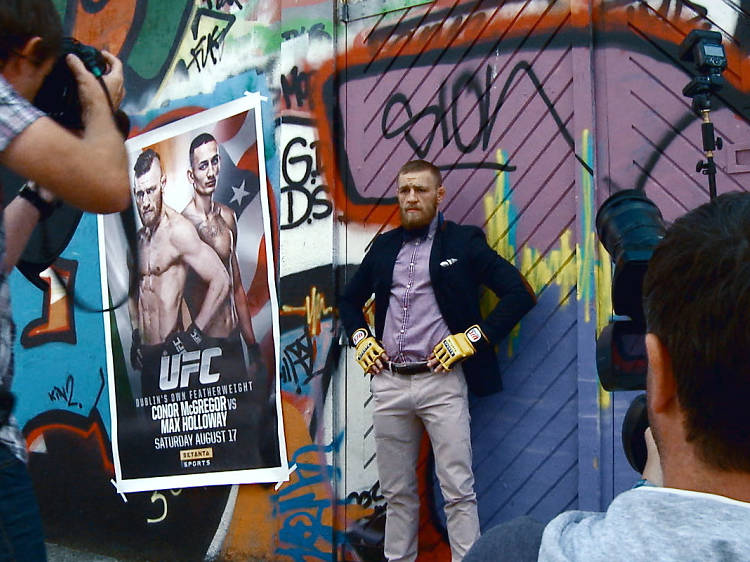 'I was a little chimp with a chip on my shoulder. Then I became a gorilla…’ Shot over four years, this excess-all-areas bio-doc chronicles the evolution of mixed martial artist Conor McGregor, a silverback blessed with whack-a-mole-hammer fists, a talent for trash talk and ferocious, swaggering charisma. He’s introduced to us living in his mum’s spare room, claiming benefits and dreaming of his Ultimate Fighting Championship debut. By the end of Gavin Fitzgerald’s film, the Irishman has powered through a rags-to-riches arc, flooring champions with a single punch and attracting the adoration of Arnold Schwarzenegger. Sports docs like this are all about luck, and Fitzgerald gets plenty of it, despite the film wrapping before that infamous Floyd Mayweather brawl. McGregor’s trajectory is like four Rocky movies crushed into one – the underdog rise, staggering victory, chastening defeat, then a dogfight revenge match that goes right to the final round. You couldn’t make it up. Still, there’s a question here: how close do you get to your subject before you become a disciple yourself? With no distancing voiceover, the film submits to McGregor’s will completely. Given the fighter’s taste for controversy, you’d expect Fitzgerald to land a few probing counter-shots but he seems more fixated on McGregor’s sudden vast wealth (the mega-mansion, the supercars, the private jets), which is drooled over with a suspiciously covetous gaze. As a bombastic insight into twenty-first-century sport