The 8 best hotels in Subic

Holidaying in Manila? Here are our picks of the top hotels in Subic for an unforgettable stay.

Through the 20th century, Subic Bay, about 100km northwest of Manila, was known largely only to US Navy personnel, having been until 1992 the site of a 262 square mile base the US had taken from the Spanish. Fast-forward to the 21st century and the area has reinvented itself as a popular tourist spot offering extreme sports, ocean parks, safaris and plenty of duty-free shopping – as well as excellent wreck diving. The old base is today the Subic Bay Freeport Zone, a tax- and duty-free zone, with restaurants, shops and hotels located in the Central Business District. Tourist attractions – largely theme parks (Ocean Adventure, Tree Top Adventure, Zoobic Safari…) and beaches – are found a few kilometres south.

Thanks to its proximity to the capital, Subic is a popular destination among Manileños, offering a smattering of hotels largely in the mid-range bracket. Among them are a handful of standout spots though, from those aimed at cycling fans and families to spots with private beaches and bars in lighthouses. Here’s our pick of the bunch.

The Best Hotels in Subic 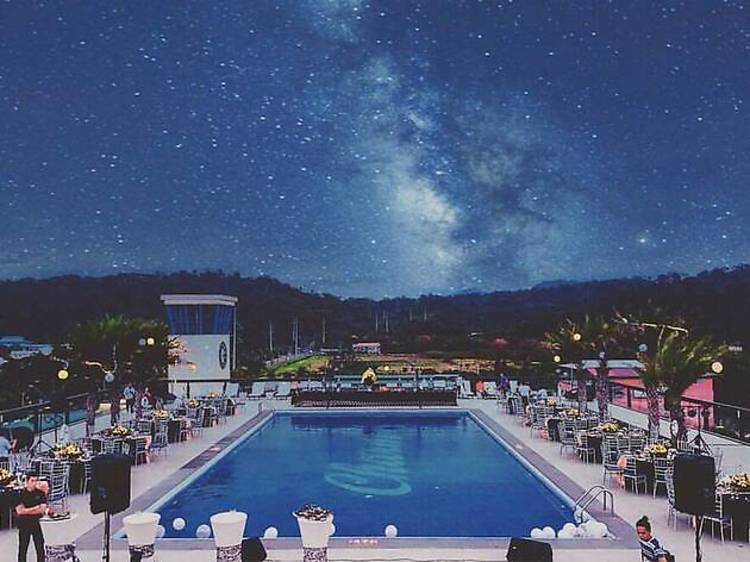 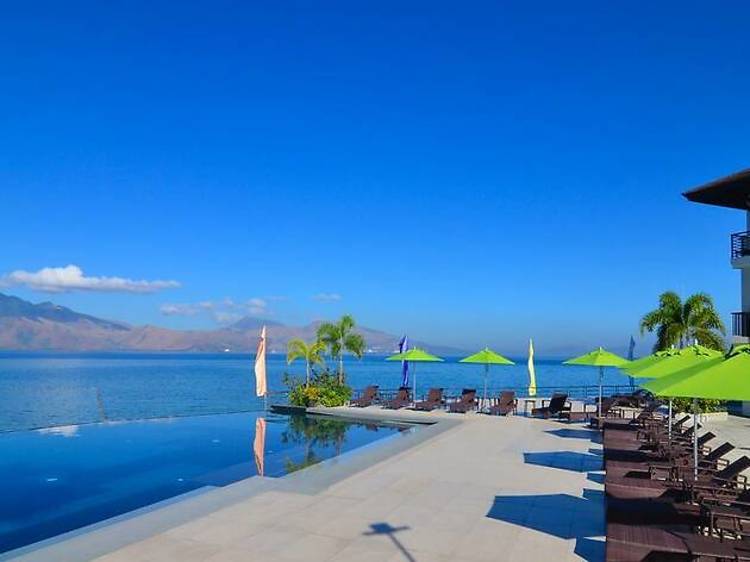 This stylish seafront resort’s many attractions begin with an infinity pool seemingly dropping into the seawater, providing gorgeous views of the bay. Indoors, raw textiles and natural materials decorate the rooms – we particularly like the wicker headboards and chairs, wooden lamps and large decorative leaves hanging on the walls. It’s a large resort, with its own private stretch of beach, and as such there are plenty of activities for guests, including snorkelling, kayaking and beach volley, while board games and a playground keep families entertained.

In a pleasant beachfront location north of Subic Bay is this tranquil resort hotel steps from the water’s edge. Within its white Mediterranean-style building are neat and tidy rooms with wooden furnishings and orange drapes and throws that add a pinch of colour to the otherwise neutral interiors. Beaches here are less crowded than in other parts of the bay, making it ideal for those looking for a chill-out spot where they can enjoy being in the ocean or simply kicking back at the poolside bar with a drink in hand, soaking in the ocean views. Or ideally, both. 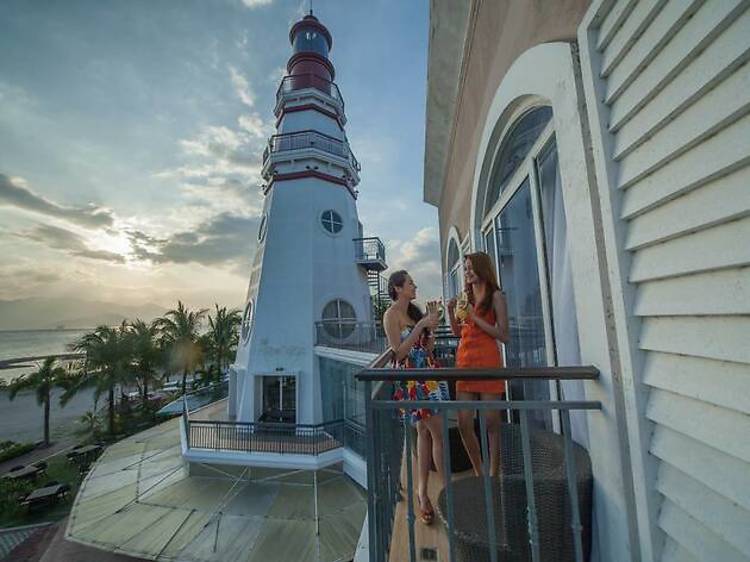 As the name suggests, this family-friendly resort is dominated by a 20-metre lighthouse that houses a lively bar, but its main draw is its location – right on the Subic waterfront, surrounded by expansive stretches of sand shaded by palm trees. Rooms are spread on three floors in the adjacent hotel building, with a swimming pool looking out towards the sea. Board games and DVDs to borrow, plus a kids’ club that keeps little ones busy during the day, ensure its ongoing popularity with families. 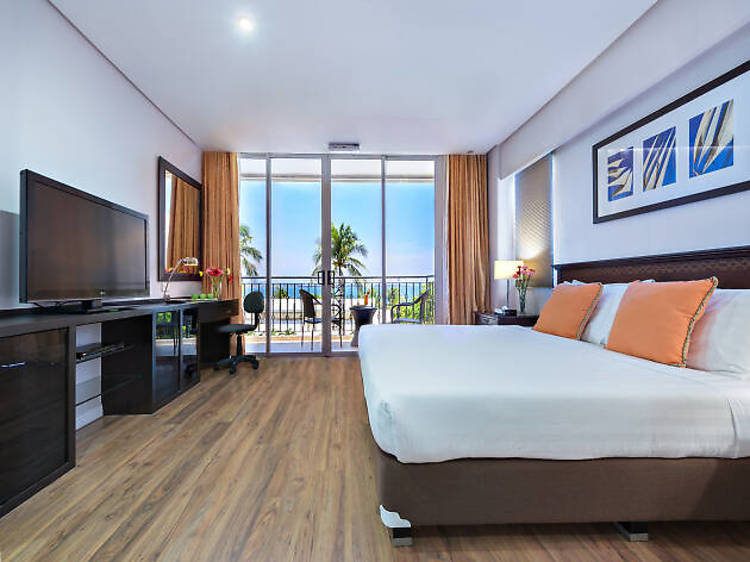 Families with young children rave about this hotel’s play area surrounded by tropical plants, with family fun continuing in the kids’ open-air pool. Rooms are set around the pool area in the main building, with others located in an annexe. Active types will thrill at the water sports available, with the likes of hoverboarding, parasailing and jetskiing on offer; more sedate folk can enjoy a leisurely trip on a pelican pedal boat. And with Western fare and Japanese ramen restaurants located in the same block, everyone can sample dishes from various corners of the world. 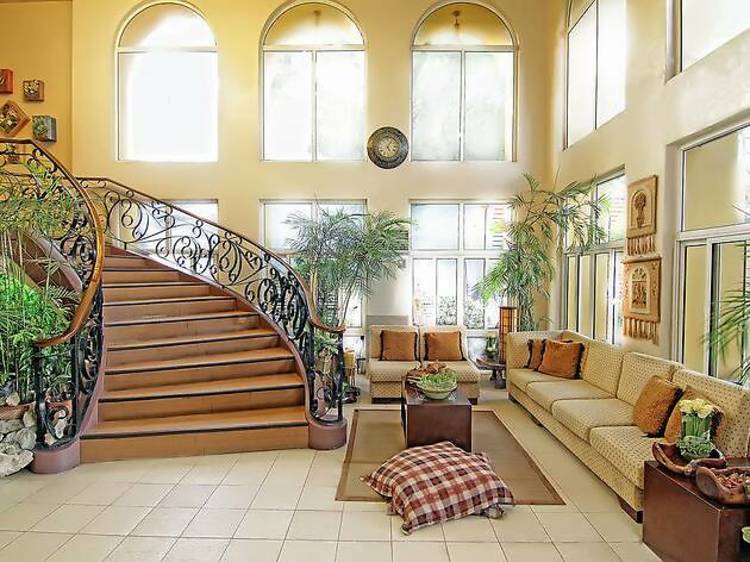 Leafy potted plants, rattan furniture and low lighting provide a laidback, welcoming vibe in the communal areas of this seafront hotel, while in the rooms floral prints and decorative wall panels create colour and warmth. The pleasant stretch of sandy beach dotted with palm trees right outside the hotel makes for leisurely days in, on or next to the ocean, but there’s also a small attractive swimming pool for dipping into just to cool off from the Filipino heat. Massages and spa services are brought directly to your door. 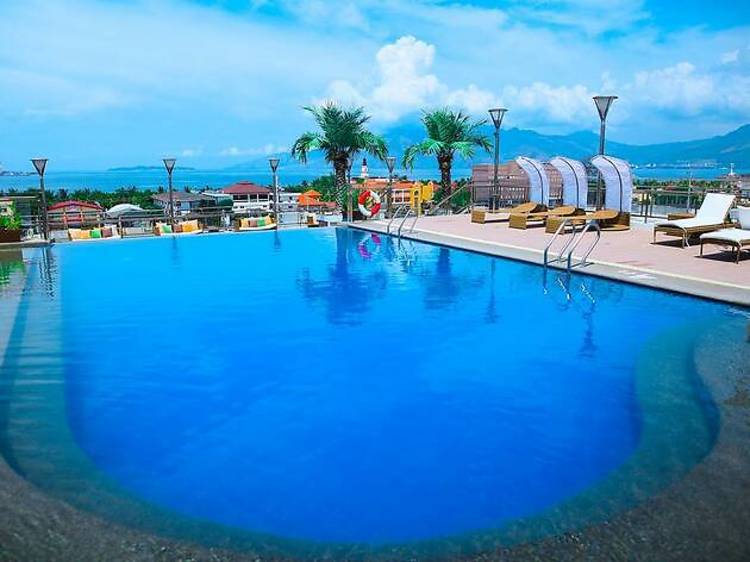 This is Subic’s only internationally branded hotel chain, located right in the heart of the city so just a short walk from duty-free shops, malls and restaurants. Interiors favour shiny polished floors and mellow beige and golden tones. In the rooms, business travellers will welcome the work desks, multi-plug sockets and USB ports to connect devices to powered speakers. Head up to the rooftop pool for a sundowner and views of the bay or tuck into international food at Spencer’s Gastro Pub.

You’re a skip and a hop away from the waterfront, Freeport Exchange and major Subic attractions – check out the 19th century Spanish Gate, which once served as the main entrance and exit point to the naval port, and today is one of the city’s historical landmarks. Back at the hotel, unwind at the welcoming spa with a body scrub or opt for a traditional Hilot, a Filipino massage of light to medium pressure that uses coconut oil. The swimming pool and open-air Jacuzzi are major draws.