The Swiss Museum of Ceramics and Glass houses the encyclopaedic private collection of Gustave Revilliod, who named it for his mum.

A combination of clunky neo-classicism and bodacious neo-Baroque, the Ariana, aka the Swiss Museum of Ceramics and Glass, was completed in 1884 to house the encyclopaedic private collection of Gustave Revilliod, who named it for his mum. Twelve centuries of ceramics are represented here from Europe, the near East and Asia, plus 700 years of glass artistry, with some 200 18th and 19th-century Fluhli tumblers painted with naive enamel birds, animals, and other rural Swiss motifs a star attraction among the 25,000 exhibits. But where the museum really impresses is in its commitment to constantly extend the contexts of its two chosen media and incorporate fascinating new directions. Late 20th-century glassworks from the US and Scandinavia bring a fresh new elegance to the material, while other exhibits do a poignant job of showcasing ceramics’ power to express human fragility. 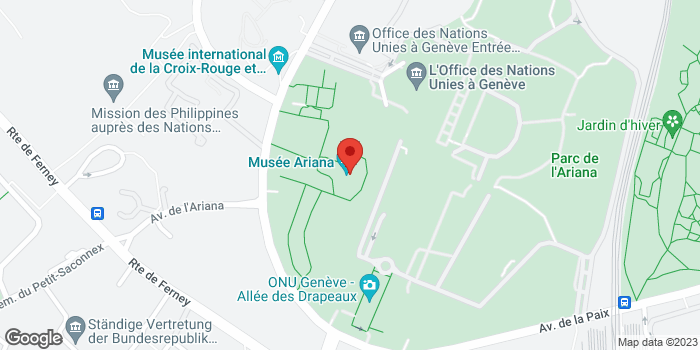