Delve into Geneva's history with a trip to the cathedral and the archaeological vaults that lie beneath.

Surprisingly small for a major religious centre (Lausanne’s is far bigger), Geneva’s cathedral was built during the 12th and 13th centuries in a combination of romanesque, gothic, and neoclassical styles. It later became a place of protestant worship during the Reformation, brought to Geneva by John Calvin. Explore the rather austere interior – but for an elaborately gilded 15th century chapel – and then climb the 157 steps of the north tower for great views over Geneva’s Old Town and beyond. Don’t miss the archaeological site beneath the cathedral, which contains the remains of previous churches on this site as well as pre-Christian remains dating back to the third century BC. 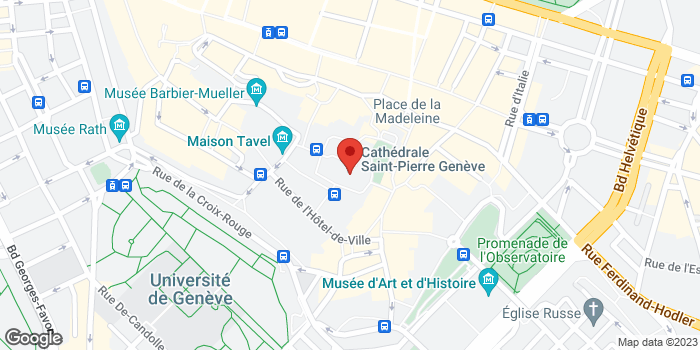