At the last Venice Art Biennale in 2013, one of the star attractions was at the palazzo of the Fondazione Prada, which recreated Harald Szeemann's seminal group show ‘Live In Your Head: When Attitudes Become Form’, whose challenging, site-specific works by artists including Eva Hesse, Lawrence Weiner, Carl Andre and Walter De Maria scandalised the good burghers of Bern when it opened in 1969 at the Kunsthalle. ‘Overnight, Bern has become a city of art’, was the verdict of the social-democrat newspaper Berner Tagwacht when the gallery opened 51 years before that, and the dour, bunker-like building has maintained an uncompromising focus on the new and confrontational ever since, with shows by Jasper Johns, Henry Moore and Bruce Nauman helping secure its place on the world art map. Six or seven exhibitions, whether solo or group, are staged every year, weaving input from regional, national and worldwide artists into a tradition whose commitment to shared exploration of the aesthetic and social concerns of the day runs to a busy programme of lectures, tours and debates. 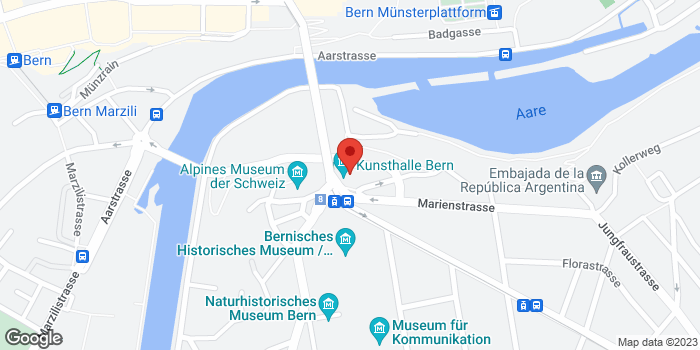