This pop-up bar is one good reason to stop in Riponne for a little longer than usual.

La Riponne has long been a bit of a blight on Lausanne. Despite the grandiose Palais de Rumine, the rest of the square is a mismatched concrete mess, dominated by an underground carpark and overlooked by ugly apartment blocks in shades of dirty beige. But thanks to a clean-up operation designed to rid Riponne of its insalubrious side and re-animate this large space, things are becoming increasingly hip.

One contributor to this is La Grenette, an open-air cafe-bar that first popped up in summer 2014. Tucked under concrete at the far end of Riponne, it’s an ultra laid-back, shabby-chic affair carefully designed to look like a hastily thrown together outdoor living room. With an eclectic array of furniture, you can sit on a boat, a tree stump, a sledge or a director’s chair while you imbibe your choice from a vast selection of drinks. Pick an artisan hot chocolate, green tea or organic ginger fizz in the afternoon, before sampling the bar’s range of bottled beers and a couple of changing ‘bières du moment’ on draft. There’s even one created especially for the bar by local brewery La Nébuleuse. For the after-work crowd there’s a plethora of apéro options, including no fewer than ten varieties of gin.

It all makes for a multi-purpose kind of place, pram-friendly and ideal for a low-key catch up during the day, lively and buzzy on a sunny evening. It sometimes hosts music events, and occasionally welcomes one or other of Riponne’s food trucks (another venture raising the square’s reputation) to sell nosh to its customers.

There’s still an insalubrious undercurrent in Riponne, but what’s good about La Grenette is that it isn’t trying to turn the place squeaky clean and anodyne, but rather to show that it’s hip to be square. 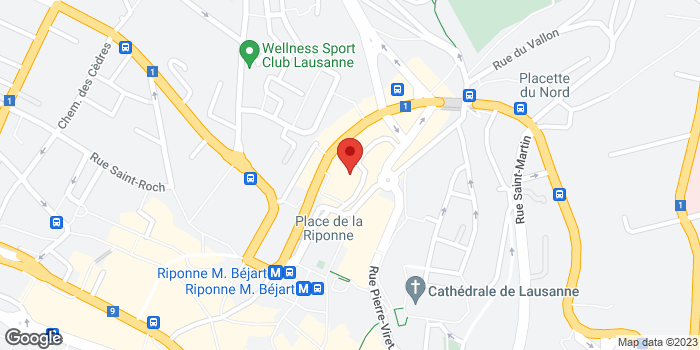